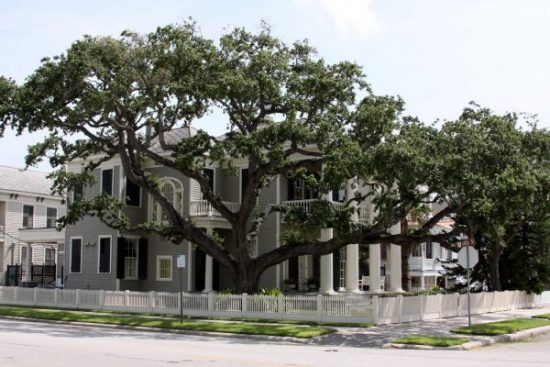 Living in the northwest corner of the continental United States near the Canadian border, I am now blessed with living in a very mild climate. Even the rain is light and mild; sometimes a whole year will pass without experiencing a single thunder storm. But, I was born in New Orleans and lived my first 47 years in the south. I sometimes miss the real downpours and thunder storms we had along the Gulf Coast – the kind of cloudbursts that brought temporary minor flooding in the streets.

Although my thoughts often turn to my life down there and the many things about the area I enjoyed, there are some things that made me uncomfortable. The hurricane season was one such dislike. Hurricane seasons lasted from June through November and long-time residents of southern coastal areas know that the time to be most concerned is from late summer to early fall. It is during this time that very strong destructive storms are possible.

Those that haven’t lived through the direct hit of a hurricane probably don’t fully comprehend this mighty force of nature. A fully developed hurricane will have winds of at least 75 mph and may exceed 150 mph (120km/hr and 240km/hr). The storm’s diameter can be 150 miles (240 km) with gale force winds extending out 300 miles (480 km) from the center. 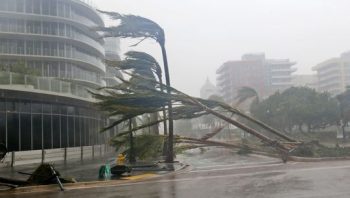 The devastation produced by such forces is awesome. Modern news coverage with its instant high-tech reporting equipment and techniques, may have given everyone a basic education in the destructive power of this natural phenomenon, but to actually live through this experience is like receiving your graduate degree. Fortunately, I left Louisiana before the destruction caused from Katrina in 2005, but have many family members and friends that suffered through the storm and its massive flooding. I did, however, suffer through many hurricanes previous to that one. Unknown to most people, there were other New Orleans floods caused by hurricanes. During my early years, before instant news reporting, I did live through several major hurricanes, including a few with major flooding events within the city: 1947, 1956, and 1965.1

One year, shortly after a major hurricane hit south Louisiana, I remember walking along the shore of Lake Pontchartrain in the city. Although there was major water and wind damage to the beautiful homes all along the shore, it was the vegetation that caught my attention and impressed me most. Large Date Palm trees were uprooted by the dozens and were scattered along the shoreline, across roads, yards, and on top of crushed buildings, but not a single Live Oak tree was uprooted. Granted, the oaks had damage, however it was mostly limited to the loss of leaves and weak limbs. Not a single Live Oak fell.

A Lesson in Life

While contemplating this observation, it was evident the root systems of those trees determined their fate. The palms had simple shallow root systems that were not strong enough to withstand the mighty hurricane winds. The majestic oak’s complex root systems ran deep and could hold their positions even in the highest winds. 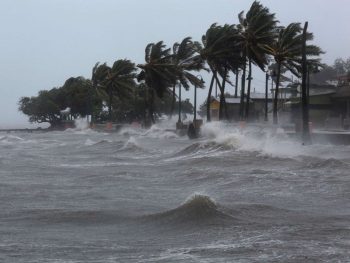 This simple lesson in botany isn’t much different from a similar lesson in human life. How we handle the stresses of our sinful life on this earth depends a lot on the depth of our character and the roots of our Christian faith. The deeper our roots are established in righteousness, the better able are we to survive the storms that pass over us throughout our life on this earth.

We can grow deeper roots by furthering our understanding of God’s wonderful plan for humanity and learn more about God’s wonderful son, Jesus, and his personal sacrifice for our future, including the mechanics of why he died and what was accomplished by his death and resurrection.2 If we do this, our deeper roots will help us survive most problems that this unfair sinful life will throw at us. Let us strive to imitate the mighty Live Oak tree and not the Palm. Both are beautiful and necessary to our world’s ecosystem, but one is better able to endure when the storm really gets rough.

Dangers of the Last Days

The bible tells us of a coming time of great trouble and having deep roots in our Christian faith could mean the difference between life and death. Paul stated “that in the last days there will be very difficult times. For people will love only themselves and their money. They will be boastful and proud, scoffing at God, disobedient to their parents, and ungrateful. They will be cruel and hate what is good. They will betray their friends, be reckless, be puffed up with pride, and love pleasure rather than God. They will act religious, but they will reject the power that could make them godly. Stay away from people like that” (2 Timothy 3:1-5).3

Besides personal and social problems, there will be global and physical problems, too. Jesus said that “nation will go to war against nation, and kingdom against kingdom. There will be famines and earthquakes in many parts of the world. But all this is only the first of the birth pains, with more to come” (Matthew 24:7-8).

So, there is a big storm coming as the final days of this biblical dispensation come to a close. Be prepared! Don’t be like a palm tree and collapse as this coming evil storm moves across the world; be as an oak tree and stand strong and sturdy in the coming final fight against evil. If we do this, we can look forward to the wonderful promise given in Revelation: “Look, God’s home is now among his people! He will live with them, and they will be his people. God himself will be with them. He will wipe every tear from their eyes, and there will be no more death or sorrow or crying or pain. All these things are gone forever” (Revelation 21:3-4).

1. “Hurricanes, Floods and Fires in Louisiana History,” (TheCajuns.com, [n.d.], retrieved on May 15, 2017), http://www.thecajuns.com/lahurricanes.htm, storm information provided from a series of web pages by David Roth of National Weather Service.
Note: The URL for the original series was http://www.srh.noaa.gov/lch/research/la18hu.php [this link is no longer active].

2. Hermann, Ray, “What do you mean, Christ died for our sins?” (The Outlaw Bible Student, 31 December 2017), https://outlawbiblestudent.org/what-do-you-mean-christ-died-for-our-sins/

2 thoughts on “Hurricanes: A Lesson In Life”