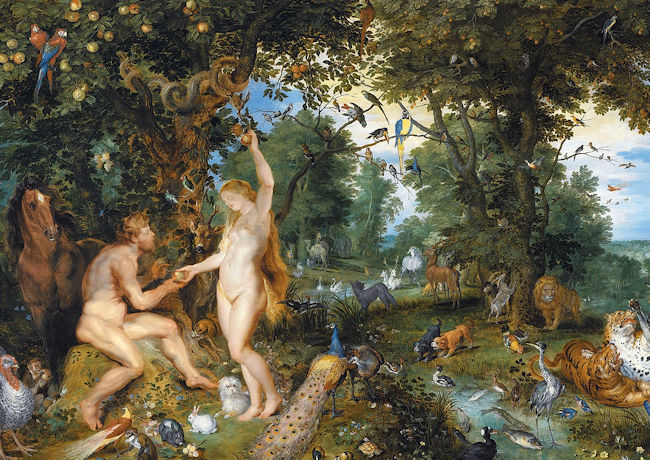 As I get older and my knees hurt more, I use a walking cane to help me get around. I thought that a really nice one would be fun to have when leaving the house and going someplace special. In my grandfather’s day, he would have called it his “Sunday-go-to-meeting cane.” Since on our wedding anniversary, my wife and I exchange personal gifts, I thought I would bring this idea up to her, as our special date was approaching.

“Mary,” I said, with a broad smile, “I think I’d like to have a nice walking cane to use when we go out and about.” Without even looking over at me, she replied by saying she would pick-up one for me the next time she goes into town. I told her the special one I wanted wasn’t available locally. “What kind do you want?” she asked. And that is when things went bad.

“Well, I think I’d like one with a snake on it,” I replied. With the familiar ‘you-have-got-to-be-kidding’ look on her face, she then asserted, “A snake, you say! I’m not going out with you, if you’re carrying a snake on a stick.”

Now, our good Lord knows that it was only with much love and humor in my heart when I jokingly answered, “If it was good enough for Moses, it should be good enough for me,” (see Numbers 21:8-9). That is when things went from bad to worse.

Our chatter continued back and forth, as I explained my reasoning. A snake reminds me of how that sneaky Satan masqueraded as a serpent and deceived Eve in the Garden of Eden. It reminds me of how sin entered the world and how much effort we must put into repelling Satan’s influence. People, I thought, would see the snake on my walking cane and question me about it, and that would give me an instant opportunity to segue into a conversation about the Bible. I guess I’m a little sneaky, myself.

Reckoning her argument was not going to change my mind, she agreed, although there was some mention, under her breath, about me being a bit weird. Of course, I still had to inform her that even though this cane was not available locally, she probably couldn’t order it over the phone either, because of the language barrier when calling the country of Croatia, where the canes are made. But in the end it all worked out okay, and after a long wait for delivery, I got my walking cane, and it is a doozy. I named the snake Nachash; I guess my wife was correct when she said I am weird.

Read the account of humankind’s fall into sin in Genesis 3 and you will find there is no explicit mention of Satan, when the serpent tempts Eve in the Garden of Eden. And among Bible commentators, there is some question as to if this serpent is a snake or some other creature. “Now the serpent was more crafty than any other wild animal that the LORD God had made,” (Genesis 3:1a, NRSV).1

Keep in mind that the word sâtan is a generic noun meaning ‘accuser’ or ‘adversary’, and can be used to refer to ordinary human adversaries, as well as a specific supernatural entity.2 It is not a personal or proper name and really should not be capitalized; ‘the satan’ would be more descriptive.

According to one scholar, there are no verses in the Old Testament that use the personal name Satan.3 Ironically, I sometimes use Satan myself for an identifying name of this adversary. Getting back to my original point, it is only later in the Bible that the words satan or devil are used in reference to the events in Genesis 3. 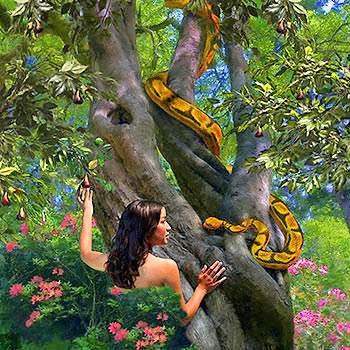 Some think of the Garden of Eden story as a myth and the snake is only incidental to the narrative. In the tale, this serpent is usually considered as one of God’s created animals and it is not described as a demonic creature or as the devil. But understanding human temptation and the way it is presented, the story is completely transparent and can be considered many things, but not a myth.4

This serpent is mostly identified as either a snake (one of the created animals on earth), or as a heavenly creature masquerading as a snake. It is the Hebrew word nachash5 that is used to identify this serpent as “a deceptive creature or trickster, who promotes as good what God had forbidden and shows particular cunning in its deception.” But there is no indication that the serpent was a deity in its own right.6 One reason being that real snakes can’t talk, they can’t walk, etc.

Well, I agree, although a recent discovery could mute the not walking problem. According to scientists in Argentina, a new species of primitive snake from the late Cretaceous period has been found. Named Najash rionegrina, this fossil, unlike modern snakes, has hips and bones linking its pelvis to a pair of 3-foot-long hind legs (nearly 1 meter).7 And yes, the generic name comes from the biblical legged snake of Genesis; it is the Spanish transliteration.8 What a creature — an upright walking snake!

I think the best answer, however, is that the snake of Eden was a supernatural being of serpentine appearance. I do think this creature was Satan, because although only alluded to elsewhere in the Bible, they are definitely linked in the last book of the New Testament — in Revelation.

“The great dragon was thrown down, that ancient serpent, who is called the Devil and Satan, the deceiver of the whole world — he was thrown down to the earth, and his angels were thrown down with him,” (Revelation 12:9).
“He seized the dragon, that ancient serpent, who is the Devil and Satan, and bound him for a thousand years, and threw him into the pit, and locked and sealed it over him, so that he would deceive the nations no more, until the thousand years were ended,” (Revelation 20:2-3a).

One academic, Dr. Michael Heiser, has a somewhat different idea, that the base word of nachash is not a noun, but should be an adjective which translates as ‘the shining one’. This would indicate that “Eve was not talking to a snake. She was speaking to a bright, shining upright being who was serpentine in appearance, and who was trying to bewitch her with lies.”9

“She was in the presence of one of the sons of God, beings who had free will, who were more powerful than mere angels . . . .” Heiser goes on to write that Jewish tradition teaches the serpent’s motive for seducing Eve was “jealousy at humanity’s ‘appointment’ as supreme authority under Yahweh on earth – as opposed to the sons of God getting that job.”10 Another author also indicates the serpent was motivated by envy, as mentioned in the Bible book, Wisdom of Solomon.11

“For God created us for incorruption, and made us in the image of his own eternity, but through the devil’s envy death entered the world, and those who belong to his company experience it,” (Wisdom of Solomon 2:23-24 [apocryphal book]).

In the Book of Jubilees (another apocryphal book), Satan (the serpent of the story in Genesis), is mentioned by the name Mastema (Jubilees 10:8) and assumes his part was assigned by God, who gave him an ever-increasing army of evil spirits to serve him.12 “He carries out punishments for God, as well as tempting humans and testing their faith.”13

There are others who believe the events were dictated by God and the outcome was not all bad. One author wrote, “While the human transgression is depicted as sinful, it also brings the human a greater, divine-like knowledge . . . .”14

Serpents are referenced in both the Old Testament and the New Testament as well as playing important roles in religious and cultural life of ancient Egypt, Canaan, Greece, and Mesopotamia. One of the oldest stories ever written is the ‘Epic of Gilgamesh’. This heroic ancient Mesopotamian poem is considered one of the oldest stories ever written and the second oldest religious text.15 In the story, Gilgamesh loses the power of immortality; it was stolen by a snake.16

Satan, devil, snake, serpent, dragon — whatever name we apply, we all know exactly who we are talking about; that great personification of evil who deceives the whole world and has stolen our immortality. The whole Bible is the story of our fall and the eventual restitution of all things through Jesus Christ, our savior. If my new walking cane can help me in telling this story, than it will accomplish what I had in mind. And I’ll even have a simple and temperate message for children who question why I have a snake on my cane. It will be more along the lines of the children’s song “Watch Out for the Snake.” (See the animated video listed in References & Notes.)17

→ Leave comments at the end, after References & Notes.
OBS respects your privacy and is also compliant with the European Union GDPR regulation.

7 thoughts on “Nachash: the Snake in Genesis 3 — was it Satan or Not?”