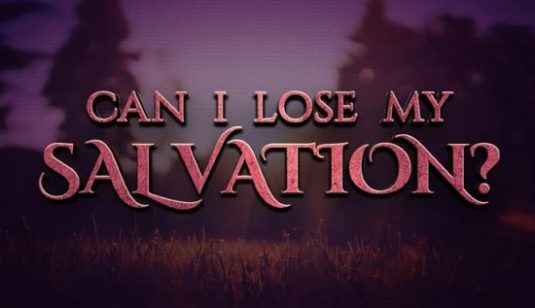 The Epistle to the Hebrews is a “battleground of discordant opinion and conjecture: its author is unknown, its occasion unstated, and its destination disputed”1 and chapter six, which tells about the perils of falling away from the Christian faith, is one of the most misunderstood parts of the book. Before we dig into chapter 6, let us explore a bit of background to see if we can shed light on some of the mysteries.

Some authorities of the Greek language consider the writing in this letter as the most polished and eloquent of any book in the New Testament.2 Although originally attributed to the Apostle Paul, a good number of historians believed otherwise and had proposed different authors, such as Clement of Rome, Silas, Barnabas, Luke, Apollos, or Priscilla.

Several modern scholars are leaning toward Priscilla as the author. She was the teacher of Apollos and was married to Aquila and traditionally listed among the Seventy Disciples (see Luke 10:1), and also thought to have been the first example of a female preacher. The couple lived, worked, and traveled with the Apostle Paul (see Romans 16:3).3 A. J. Gordon, one of the founders of Gordon-Conwell Theological Seminary, ascribed the authorship of Hebrews to Priscilla, and said, “It is evident that the Holy Spirit made this woman Priscilla a teacher of teachers.” Ruth Hoppin, author of Priscilla’s Letter: Finding the Author of the Epistle to the Hebrews, suggests, “the name was omitted either to suppress its female authorship, or to protect the letter itself from suppression.”4

From the contents, it appears evident that the letter to the Hebrews was written for Christians who were being persecuted for their faith. Most scholars agree that this letter is specifically directed to the newest Jewish converts who may have been having second thoughts, because of persecution. They were losing enthusiasm in this new faith in Christ and considering returning to their traditional Jewish cultural roots. The letter “tells them that Jesus also suffered and knows how life is for them. It lists the heroes of faith in the past, and describes them as a ‘great cloud of witnesses’” who were urging them to go on. It was probably written in an area of strong Christian focus, such as Rome, during the 60’s AD, since the people receiving the letter had already suffered, and some were still in prison.5 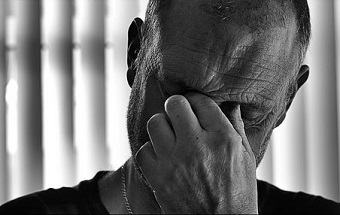 Can we lose our salvation? This is the question many Christians have asked after reading the verses of Hebrews 6:4–6. To get the full context of what the writer was saying, you should start reading at Hebrews 5:8 where the author digresses from speaking about Jesus becoming a high priest in the order of Melchizedek6 and then warns the new Jewish converts about the dangers of falling from favor. It is after encouraging them to persevere, that the author resumes the comparison of Christ to Melchizedek at Hebrews 6:20.7

It is good to look deeper at scripture, if it appears to give contradictory meaning to other parts of the Bible, such as that of grace and forgiveness. Here are the difficult verses in question for this study.

For it is impossible to bring back to repentance those who were once enlightened—those who have experienced the good things of heaven and shared in the Holy Spirit, who have tasted the goodness of the word of God and the power of the age to come—and who then turn away from God. It is impossible to bring such people back to repentance; by rejecting the Son of God, they themselves are nailing him to the cross once again and holding him up to public shame. (Hebrews 6:4–6)8

Most discussions I’ve had over the years, concerning the possibility of losing salvation, centered around three possibilities. First, can salvation be lost if someone heard of Jesus Christ, but never personally accepted him? Second, can someone lose their salvation if they “backslide?” And third, can lazy Christians, those who stop following and learning about Christ, lose their salvation?

Not Believing or Backsliding

As for the possibility of hearing but not believing, or refusing to even listen, they can’t lose something they never received. That would be people with just a mere acquaintance with the Christian idea, not belief in it. Remember, John 3:16 says, “For God so loved the world that He gave His only begotten Son, that whoever believes in Him should not perish but have everlasting life.” They don’t believe, therefore they have yet to receive the gift of everlasting life. There is, however, still hope for them to receive that gift in the future. 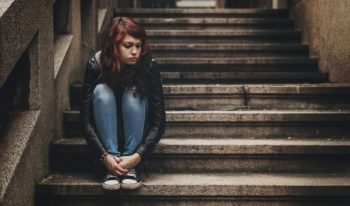 What about backsliding? Well, the term “backsliding” is not used in the Bible although the idea is mentioned in the Old Testament.9 “The principal Hebrew word for backsliding means ‘turning back’ or ‘turning away.’ The people of Israel repeatedly turned away from God and engaged in the sin and idolatry of their pagan neighbors.”10 In the Church today, people that are said to backslide or fall away are thought to “slip-up” and make a temporary, but recoverable, mistake. If you are a Christian and get mixed up with a group of people that are sinners, but then realize your transgression and return to your Christian life, than that would be an example of a backsliding event. Other examples would be an extended time of infidelity, or anger, or most anything of a sinful nature.

Over the years during counseling, the question about losing one’s salvation mostly came up because of these backsliding events in their lives. They felt guilty or shameful and thought they had lost their chance for being saved by Jesus’ sacrifice. I would usually tell them that they probably have nothing to worry about, for if they felt guilty, they were still believers in Jesus Christ and will be forgiven for their sins; all they need is to confess to our Lord. “If we confess our sins, he who is faithful and just will forgive us our sins and cleanse us from all unrighteousness.” (1 John 1:9)

Guilt is a great feedback mechanism to guide us into changing our course and doing the right thing. Guilt or shame means we understand we did something wrong and have need to correct it. Use your guilt wisely. Understand this, you will be forgiven, but you may still feel the impact of your sin and any repercussions derived from it. As an example, God can forgive that you robbed a bank, but you may still go to jail, ruin your reputation, lose your job and friends, and more. Forgiveness does not eliminate the consequences.

Those that Can Lose their Salvation 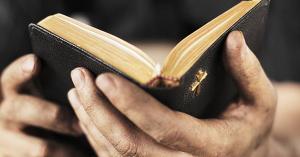 The last possibility brought up about losing salvation, concerns the people who became enlightened and partakers of the knowledge of Jesus Christ, but are still immature believers that stopped learning anything but the basics. Like the original Jewish converts, they had learned the elementary teachings, but as they learn new Christian teaching, the basics are not to be discarded, but neither are they sufficient for following Christ.11 They are being warned to move on into maturity of their Christian lives, by learning and doing more and, if not, they may revert back to their pre-Christian beliefs and lose what they have. They would have gained accurate knowledge and then thrown it away. It is easy to get stuck in the adolescent stage of Christian spirituality. The writer of Hebrews implies many are ignorant and lazy and that they may consciously reject all that Christ has done for them. The author encourages them to grow-up and mature and lets them know that God hasn’t abandoned them, but is committed to getting them through their suffering.12

So the writer, in Hebrews, chapter 6, is neither speaking of any falling away from mere acquaintance with the Gospel, nor writing about their partial backsliding through temptations of the world or fleshly lust. The author is speaking about those who have once repented and received the full knowledge of truth, and have tasted the gifts of the Holy Spirit, and then fall away by renouncing Christ and justifying their own evil deeds.13

Our life on earth is a pilgrimage with our Lord and we need him to forgive us repeatedly as we continue to sin. It is necessary for us to remember that salvation is not unconditional. The entire Bible is laced with warnings about the way we live, so we must understand what we need to do, in order to be saved and not give into a false sense of security. Some people may try to escape the work needed by repeating the popular phrase “once saved, always saved,” but that is a great oversimplification of the process.14

So straying for a time, but having genuine sorrow for the sin you committed, does not mean completely falling away and losing your salvation. But those who have demonstrated a contempt for God, those who have no sorrow in their heart, those that are comfortable in their sin and have no intention of stopping, then, yes, they can lose their salvation. Remember that we all have free will, so if we are relentless in the rejection of our Lord, eventually God will respect our choice, but it is an unpardonable sin and we will lose our salvation.