My name is Raymond Hermann, but everyone knows me as Ray. Being an ordained Christian minister, I’m occasionally asked by what title should someone address me (Reverend, Pastor, Doctor, etc.). I generally reply, “Just call me Ray, because I’m nothing special, only a student of the Bible, still learning about God and his son and their divine plan.”

I am known to have some offbeat and alternative views on various Bible subjects, and often have entertained topics which other ministers avoided or left unanswered. So one day, at a conference, when I responded to that question about titles with my standard answer, someone in the group said, “Well, if that is the case, I suggest we call him an outlaw Bible student, because he goes outside the conventional boundaries and beliefs for many of his views.” He was just joking and everyone laughed, but the title stuck.

I didn’t mind a 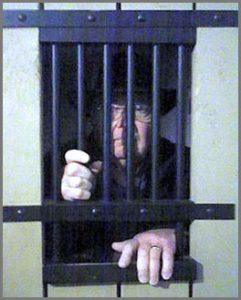 nd, over time, I became comfortable with being known as The Outlaw Bible Student, because “outlaw” means many things, other than being a criminal. The definition of an outlaw can also mean: (1) one that is unconventional or rebellious (Merriam-Webster Dictionary), (2) a rebel or a nonconformist (American Heritage Dictionary), (3) a person who refuses to be governed by the established rules or practices of any group (Word Reference Random House Dictionary). And, if I am breaking some vague philosophical law by taking a step outside the restraints of established Christian doctrine, then I guess I’m also a criminal, in that respect.

Now that I’m retired and running this ministry, I have more time to research and write about many of the Christian ideas that cross my mind. I don’t always write bizarre and weird stuff, but I do like to, occasionally, visit the strange things that I call studies on the edge of faith — those outposts on the fringe of Christianity.

Although many of my weekly or bi-weekly comments are just reflections on my life and how I relate to God, you will find many articles uploaded that are serious in-depth studies on religious-related topics. Many topics could be either controversial or adult in nature. I do like the offbeat, uneasy, and unconventional topics and I like the strange and curious things in the Bible that sometimes get passed over rather quickly in a pastor’s sermon. But I don’t like having to be politically correct, because the truth is much more important than only saying things that make people feel good. I’ve known many Christian ministers, over the years, that only said what their audience wanted to hear, instead of what God wanted them to hear.

Right up front, I want people to know that what I write about is only my opinion, from only my perspective, not that of any other organization, association, or group. I am not interested in argument or public debate, but I do, however, encourage comment, because I do enjoy knowing other people’s opinion, one way or another. And, you never know, someone may sway my own opinion; it has happened before. If you don’t want to comment online, you can reach me by email on our “Contact Us” page, or by postal mail sent to: