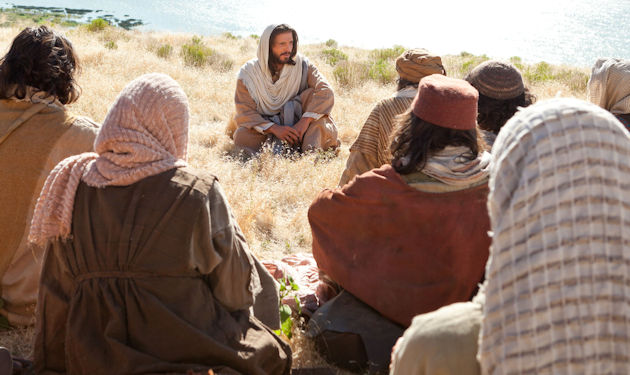 Shortly before his death, Jesus was sitting on the Mount of Olives when his disciples approached and privately asked what would be the sign indicating the end of the age and his second coming.1 Our Lord told them of the future events they must be aware of and then said that no one knows the day or hour those events will occur. In the books of Matthew and Mark, scripture specifically states that even Jesus didn’t know, and that statement has caused a great deal of theological debate.

The debate, of course, is that if Jesus didn’t know, then there is a conflict with the concept of Jesus’ deity; is he God, or not? “The straightforward meaning of the text is that the Son does not know the time of his return.” If Jesus were divine, wouldn’t he know this information?2 This article will give insight into solving this conundrum, but first let’s read the exact wording in both Matthew and Mark.

“But about that day and hour no one knows, neither the angels of heaven, nor the Son, but only the Father. For as the days of Noah were, so will be the coming of the Son of Man” (Matthew 24:36-37, NRSV).3

“But about that day or hour no one knows, neither the angels in heaven, nor the Son, but only the Father. Beware, keep alert; for you do not know when the time will come” (Mark 13:32-33). 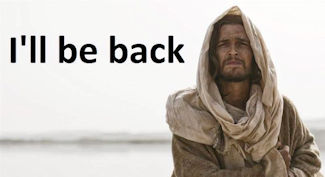 Generally, most people believe that the “day or hour” refers to only his return appearance, but since his return “will climax a series of preliminary events,” the context should include the tribulation events and his second coming, as well as the beginning of the new millennial age. By knowing the specific events involved, followers of Jesus will be able to estimate the approximate time, but not the precise time, for only the Father knows that critical moment.4

Just the close observation of world events will not enable us to predict the exact time of Christ’s return,5 so those who find a kind of security in knowing where they are in God’s timeline subtly fall prey into a false faith. That is because God felt it important to keep the secrets of Christ’s return hidden from all human eyes, including Jesus, himself.6 And that is the point — Jesus came to earth in a human body, therefore affirming his humanity — he voluntarily accepted human limitations.7

Most commentators and academics point out that some manuscripts do not have the words “nor the Son” in the above quoted scripture and several Bible versions depict that. Some speculate that scribes long ago removed that phrase, so as not to preclude that Jesus was not God. Others say the phrase was not removed, but actually added to show Christ’s humanity. There are differences in manuscript texts, but there are also good reasons to explain it. 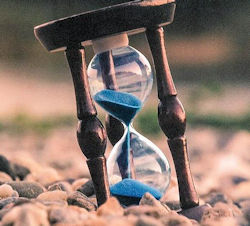 We need the discipline of expert textual criticism for better understanding. We do not have original manuscripts available for much of the Bible, so we must rely upon copies, and copies of copies. In other words, over time, they all differ from one another to a greater or lesser extent.8 Don’t get me wrong; I’m not implying that the Bible is riddled with errors, because it is not. But, over time, as a tiny mistake was made in copying, it usually continued when newer copies of it were made.

The invention of moveable type and the printing press solved the problem of making accurate mass production of literature, but that is a recent invention first available long after the biblical texts were produced. So, in the ancient past, there was difficulty in making handwritten copies of long biblical texts and nearly impossible to do so without making a mistake. Modern researchers do their very best “to decide on the basis of established critical principles what the originals themselves must have said.”9

I believe — as many others do — that the scripture, indicating Jesus didn’t know the exact time reference for the events in question, is correct. As biblically stated, he was ignorant (or uneducated) in that respect, and there is good reason to believe this. And it matters not, whether you believe Jesus is part of a Trinity or the stand-alone God Almighty or as a secondary godly helper of Yahweh. Jesus was divine,10 anyway you look at it.

By becoming human, Jesus accepted a serious downgrade from his heavenly position. To better understand this idea, let me use an analogy from author and researcher, Dr. David Instone-Brewer.11 He explains how much less we would be able to know and do if we became a lower creature on earth.

“Perhaps we can begin to have an idea of what it was like for Jesus, if we try to imagine becoming an ant . . . We would . . . lose most of our independence because we’d do things only in response to the aims of the colony. Our communication would be limited; instead of having about a million words of English at our disposal, we could only pass signals using a few chemicals. And our job satisfaction would be reduced to carrying things, such as pieces of dismembered enemies or half-chewed leaves.”12 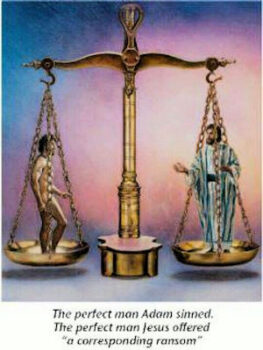 In reality, Jesus didn’t come to earth to be God, but to be a perfect man and exchange his life for that of the only other perfect man ever on earth: Adam. Jesus was a ransom for the perfect life Adam (and Eve) lost in the Garden of Eden because of sin. Jesus purchased back Adam’s perfect life by sacrificing his own perfect life in exchange. “Therefore he had to become like his brothers and sisters in every respect, so that he might be a merciful and faithful high priest in the service of God, to make a sacrifice of atonement for the sins of the people” (Hebrews 2:17).

Imagine, if Adam is granted to have his perfect immortal life returned, it would be a retroactive correction and any imperfection in his DNA and spirit would be eliminated; that would benefit us all. All sin passed down to the human race would be eradicated. (For more details of this ransom, see the article titled “What do you mean, Christ died for our sins?” listed in References & Notes.13)

The thirty years of life before Jesus’ ministry work was a time for learning. He had a perfect brain, so his education must have been astoundingly intense. Two lines of scripture tell us this. “The child grew and became strong, filled with wisdom; and the favor of God was upon him,” (Luke 2:40). “And Jesus increased in wisdom and in years, and in divine and human favor.” (Luke 2:52).

One author accurately states that Jesus did his miracles through the power of the Holy Spirit. Because of his limitations as a human, he depended upon God and full cooperation from heaven.14 And in a future perfect world, with our own perfected bodies, we may be able to accomplish similar types of feats that our Lord did while on earth, with heavenly help, of course. We will relearn all human abilities lost over time because of the accumulated sin in this currently evil world.

Jesus is coming back and relative to this theme is the music of California-native Jordan Feliz. He combines pop, gospel, and soul to produce a unique sound and the song “Jesus Is Coming Back” is representative of his popular style. Selected lyrics are below and his music video link can be found in References & Notes.15 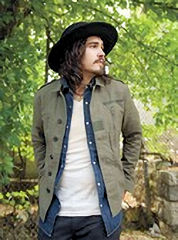 Have you ever thought that the world has kinda lost its way?
Crazy as it seems, yeah, I know it’s gonna be okay
It doesn’t scare me, it’s temporary
There’s something better, we got forever
And it won’t be long, ‘cause we know our help is on the way

Gotta stay awake cause nobody knows the day or time
The trumpet’s gonna blow and the skies are gonna open wide
He’s coming for us, just like He told us
It’s been a long wait, but there’s a new day
And we’re gonna sing Hallelujah when the King arrives