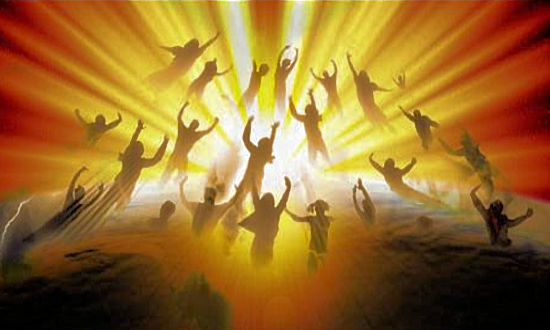 There are coming days of judgements mentioned in most religions, but this being a Christian website, that is where we will put our focus. But even within the followers of Jesus Christ, beliefs about the last days can get rather confusing with an abundance of ideas, theories, and doctrine within the dozens of Christian denominations.

In this article we will zoom-in on what is called the ‘Rapture’, a concept of snatching-up Christ’s followers upon his return, which is mostly taught in the evangelical branches of Christianity. The theory is derived from The First Letter of Paul to the Thessalonians, which states that believers will be “caught up in the clouds” while nonbelievers are left on earth.

The mechanics of this rapture are not easy to describe, as there are many different ideas describing its timing in God’s plan, and which believers will be involved, and where they will eventually go after being snatched-up. I like to say, “The rapture is like an ice cream cone, it appears good, comes in many flavors, and you get to choose which one you want, but may not be exactly what you expected.” 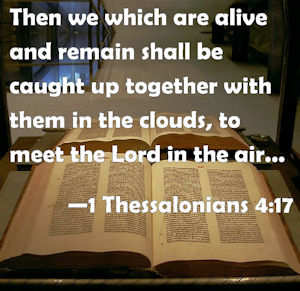 Today, the majority of no-rapture believers maintain that the most important fact against the rapture is that it is a relatively recent doctrine and not found in historic Christianity. They say it was taught by Evangelical Protestant theologians in the United States beginning only in the nineteenth century. However, deeper research shows that earlier than the 1800s, there were a few scholars suggesting some vague ‘hints’ about possible alternative meanings of being ‘caught up in the clouds’, but they were never seriously investigated. In order to cover all angles, they should be mentioned.

Some evidence exists that the first idea of a rapture was not evident until 1830, when a fifteen-year-old Scottish girl named Margaret Macdonald had a serious illness from which she was miraculously healed, after having a vision detailing the return of Christ.2 But the noted commentary of Matthew Henry used the word “rapture” (when explaining 1 Thessalonians 4:17) and he did this in 1828, two years before the event of the Scottish girl in 1830.3

And there were implied indications of this theory previously, when a couple of Bible versions published in the 1500s taught about 1 Thessalonians 4:17 having a special meaning. And 17th century American Puritans preached this concept, as well.4 There is also reference of the Church being “caught up” by Irenaeus (130–202 AD),5 who was alive at the time to have heard the teachings of Polycarp, a disciple of the Apostle John.6 So, even if the mention of “rapture” did not mean the same back then as it does now, at least we know that the seed of this theory has been around since very shortly after the time of Christ.

Since there are many twists and turns to various rapture descriptions, let me give you a generic summary of what this doctrine teaches. The idea is that one day Jesus will return in secret to an evil earth ruled by Satan. He will snatch up (rapture) his followers (Christians) and bring them to heaven to join those souls that had previously died and ascended. It will be there that they will live for eternity. 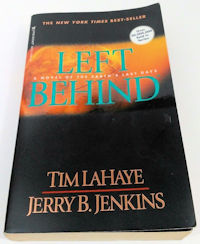 The implication is that if you believe and followed Jesus, then this is your reward. If you did not, you will be left behind and be tested further by having to endure an evil Antichrist during a tribulation period consisting of worldwide natural and man-made catastrophes. Those few who live through the terrible tribulation, and come to believe in Jesus Christ, can be saved. However, the majority will stay under Satan’s rule and are condemned to eternal damnation in Hell.

Many people already have some knowledge of this process, although their education did not come from the Bible, but through numerous fictional books, movies, and television programs on the subject. Most famous, I think, are the books of the Left Behind franchise of 16 religious novels by Tim LaHaye and Jerry Jenkins, and the adaptions into several films.

In the Bible, the most popular scripture chosen to support this idea of a rapture is from the 4th chapter of 1 Thessalonians. It is interpreted by some scholars to mean Jesus snatches away those that believe in him and he escorts them to heaven. Let’s read what Paul the Apostle wrote as this is “the classic passage in the Bible on the Rapture of the Church.”7

“Then we who are alive, who are left, will be caught up in the clouds together with them to meet the Lord in the air; and so we will be with the Lord forever” (1 Thessalonians 4:17, NRSV).8

Can one verse establish a doctrine?

Notice the words “caught up” in the above scripture. They were translated from the original Greek harpazo meaning ‘to snatch up’ or ‘take by force’.9 But when, in the late 4th century, the Latin Vulgate version of the New Testament was written, the Latin rapturo was substituted and that word meant ‘rapture’ in English.10 That is the true origin of the word ‘rapture’ that many use today; it is not from the original Greek, but taken from the Latin translation.

But if we analyze associated scripture, we find that an idea of a rapture does not fit the original linguistic context of Paul’s words. He was addressing a particular concern of those Christians in the Thessalonian church; he was not talking about being snatched to heaven. Paul knew that the Thessalonian believers were not sure of the fate of those Christian friends and relatives who had already died, and this led to untold grief.11 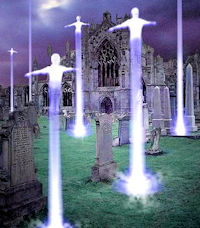 Author Andrew Knowles said Paul was talking specifically about those who had already died, because he felt the believers were mourning as though the dead had missed their chance to see the glory of God, having died before Jesus’ return. He was essentially saying, “There is no need to grieve! Those who have died have ‘fallen asleep’ in Christ. They still belong to him. God will raise them to life when Christ appears — even before he calls those still living to join him. Far from being left out of the glory, the dead will be the first to receive it.”12

Paul wanted them to know that, like Lazarus, their friends and relatives who had believed in Jesus would also be raised back to life on earth upon Jesus’ return. Being caught up in the clouds does not mean going to heaven, it just means meeting or assembling with Jesus.

As mentioned above, before the 19th century, no one had ever fully taught this idea of a rapture, nor did anyone interpret 1 Thessalonians 4:17 the way it is today. For eighteen hundred years, it was understood as a passage about the resurrection, not a rapture, and no Church father ever specifically taught it as it is described today. This rapture theory is mostly a modern idea with no precedence in the scriptures to support it, so it is not a clear biblical fact.13

Other scripture used to support the Rapture

Another scripture selection used to support the rapture theory is taken from Christ’s own words. Rapture believers say when Jesus returns, all of a sudden they will be snatched from earth and the following verses, from Matthew 24 (also, see Luke 17), prove it. 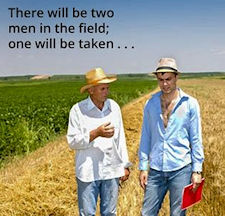 (Note: This scripture states Jesus did not know the time of his second coming. Why not? See the article titled “Why Didn’t Jesus Know the Time of His Return” listed in References & Notes.14)

Pay attention to the context of what Jesus said and it is apparent that those who are taken are the wicked, while those left behind are the righteous. The analogy of the flood is clear; those taken by the flood were the wicked and those remaining in the safety of the ark were the righteous (Noah and his family).15 Jesus was not speaking about a rapture, but about the judgment before entering the kingdom.16 Being “taken” means their life will be removed from the face of the earth.

In giving these examples, Jesus mentions workers (most likely men) in the fields as well as women grinding grain. The inclusion of women is many times expressed by Jesus to indicate gender equality in his messages. In this case, the hand mills of that era were generally operated jointly by two women. One woman fed the grain at the center, and the other guided the product into piles for collection.17 The people depicted here are working alongside one another, meaning social or economic status will not be a factor in determining who receives judgment and who is rewarded.18 The individuals left behind are believers who will be privileged to be on the earth to populate the kingdom of Jesus Christ in physical bodies.19

So, contrary to those believers of the Rapture Theory, I am of the opinion that, upon Christ’s return, the saved will remain on earth to enter Christ’s kingdom and those followers of Satan will be removed. Those who sleep in death will be resurrected and join those who will never die, but continue to live in a renewed earth under the reign of our Savior, the Lord Jesus Christ. I pray I’ve given you a different perspective to think about, concerning Jesus’ second coming.

Regardless of which way you believe about a rapture, the King of Kings is definitely coming again. And the song selected for this article is about this soon-to-be-realized event. It is titled ‘The King is Coming’ and is performed by the Gaither Vocal Band and was recorded live in Birmingham, Alabama (USA). Selected lyrics are below and a link to the music video is listed in References & Notes.20

The King is coming!
Praise God, He’s coming for me!
I can hear the chariots rumble,
I can see the marching throng,

The flurry of God’s trumpets
Spells the end of sin and wrong:
Regal robes are now unfolding,
Heaven’s grandstand’s all in place,

4 thoughts on “What if there is no Rapture of the Church?”