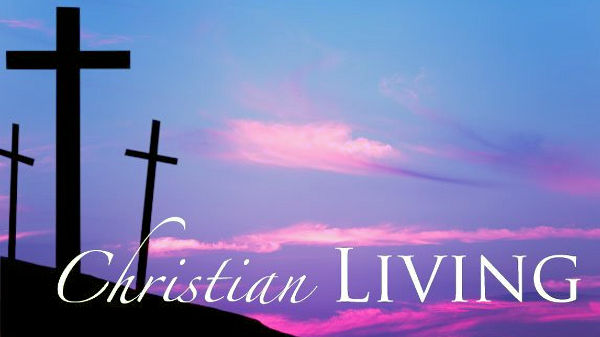 The author of The Epistle of James began his letter by stating, “James, a servant of God and of the Lord Jesus Christ, to the twelve tribes in the Dispersion: Greetings” (James 1:1, NRSV).1 That is a very humble opening statement from someone who was not only a church leader, but was Jesus’ oldest2 brother as well (Matthew 13:55-56; also: see Galatians 1:19).

As Jesus grew-up, not many could understand or appreciate his real purpose, and it took our Lord’s death to wake up James to the truth. Even as late as six months prior to our Lord’s crucifixion, several members of his own family did not believe in Jesus’ deity. “For not even his brothers believed in him” (John 7:5).

But after seeing his crucified brother later walking and talking, James finally became a believer that Jesus was the Son of God, sent to save people from their sins. Immediately after our Lord ascended to heaven, James began associating with the apostles and was probably one of the 120 filled with the Holy Spirit at Pentecost (Acts 2:1-4).3

James’ epistle is rather short — only five chapters long — and his writing style resembles Old Testament Proverbs rather than other New Testament missives. His intent is to remind the people of what Jesus said, rather than give new information. He shows that to attain Christian maturity and holy conduct, it is essential to have a firm foundation, and the Christian must stand with confidence and not give in to temptations. Basically, James reminds Christians how to live and many of his thoughts demonstrate choices: hearing versus doing, poverty vs. riches, faith vs. wisdom, etc.6

While we won’t cover all that James wrote, we will discuss some of his main points for living a Christian life. His book is short and worthy of reading in full, especially for newer Christians, those who are learning the basics, but not yet putting their new knowledge into daily practice.

One of the main points from James’ letter concerns the misconstrued idea many read into Jesus’ statement, “I give them eternal life, and they will never perish. No one will snatch them out of my hand” (John 10:28). This is one of the most quoted Bible verses used to support the doctrine of ‘once saved, always saved’. Many people believe once they are saved, then they can never lose their salvation, and will keep their ticket to eternity no matter what they do — or not do — but that is not how it works.

We can’t keep sinning, or even become complacent, and blow it off with some form of a self-justification; we must live consistently with what we have learned from Christ. (For a short study on the concept of ‘once saved, always saved’ see the short study from The Epistle of James titled “Saved by Faith: With or Without Works?” listed in References & Notes.7)

James recognizes the power of speech and uses the analogies of bridling a horse and sailing a ship to that of controlling the tongue. “If we put bits into the mouths of horses to make them obey us, we guide their whole bodies. Or look at ships: though they are so large that it takes strong winds to drive them, yet they are guided by a very small rudder wherever the will of the pilot directs. So also the tongue is a small member, yet it boasts of great exploits” (James 3:3-5).

And he is also preparing those who expect to be teachers of God’s word. Teachers, being an important role in the church, will receive a stricter judgement, therefore they must be appointed carefully. In the above scripture, controlling the “whole body” is implying not just the physical body, but refers also to the body of believers in church or synagogue and the influence that teachers have within those positions.8

Using another metaphor, he says that one must remember the tongue is a fire that, uncontrolled, can destroy or corrupt the entire course of a person’s life, and even an entire community’s existence. “With it we bless our God and Father, and with it we curse men . . . these things ought not to be so” (James 3:9-10). He suggests that one’s tongue that dishonors God is not compatible with speech that honors him.9

A Warning Against Worldliness

If we don’t get what we want when praying, it may be our own fault. Sinful desires and affections stop prayer, so when we ask God for something, it is often requested with wrong aims and intentions. If we seek the things of the world, God will deny them. As commentator Matthew Henry stated, “Unbelieving and cold desires beg denials and we may be sure that when prayers are rather the language of lusts than of graces, they will return empty.”10

Publically speaking evil or judging others are alien to the humble spirit God desires. A self-styled judge has no authority; true justice is only rendered when a believer subjects himself to God in humility and obedience. In society, God is the only lawgiver and judge; our opinion is not law.11 However, this does not mean we shouldn’t make personal judgements based upon our knowledge of God’s laws, to know with whom we should associate or with whom we should enter into business contracts.

Many readers believe that James chapter 5 is a condemnation upon wealthy members of the messianic community, when he writes: “Come now, you rich people, weep and wail for the miseries that are coming to you” (James 5:1). But James does not condemn wealth as such, only the possible greed and injustice involved in creating it. The rich he speaks about are the outsiders, those who oppress members of the community. “The rich consider that they have secured their life, but instead they have, ‘laid up treasure for the last days’ by which James means a wealth of punishment.”12

And for those who may be undergoing oppression, James encourages them to have patience. He says to remain faithful to the one who called them (verse 5:8). As an example, he brings up Job of the Old Testament to show how God rewards those who demonstrate endurance.13

When James wrote “do not swear,” he was not saying not to curse or even not to take an oath. He was “instructing his readers not to use oaths flippantly to guarantee the truth of their statements” (see Mt 5:34–37) when faced with persecution. Just saying yes or no was sufficient for not falling under judgement for sin.14

The Power of Faith & Prayer

In closing his letter, James wrote about having faith in prayer. He enforces the fact that prayers of faith can obtain forgiveness of our sins, healing the sick, and resurrection of our souls. One author wrote, “A fitting climax to James’ letter is his emphasis on prayer. The greatest assistance any believer can offer another is faithful prayer. Prayer is clear evidence of care. Prayer is the ‘hotline’ to the One who can provide for any need no matter how complex or impossible it may seem. To share in prayer, a believer must have a sensitivity to someone’s needs, engage in diligent supplication for those needs, and recognize the significance of those needs.”15

There is an old song that says prayer is the key to Heaven, but faith unlocks the door. I figure that is a good song to go with this article. The title is “Faith Unlocks the Door” and the artists are the ‘Old Friends Quartet’. Selected lyrics are below and a link to the music video is listed in References & Notes.16 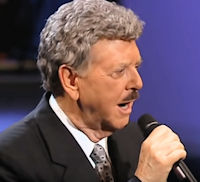