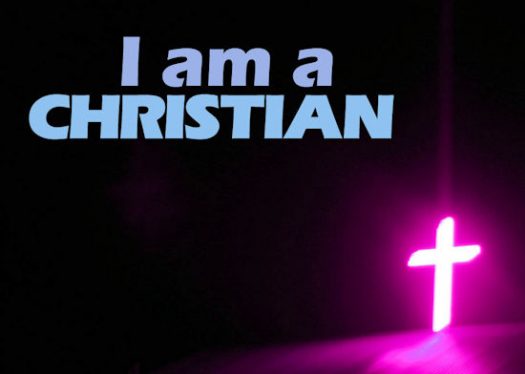 This article is neither a deep Bible study nor one that unveils a mysterious biblical event. It is just a reflection of my own inner thoughts about how I look at religion and Christianity and how I observe and catalog Christians in particular. First, let’s have a short overview of religious beliefs and the many divisions. Some people believe in a god, and some don’t. Some really aren’t sure of what they believe, but since this is an article posted on a religious website, we will talk only about those who do believe.

The dividing into denominations doesn’t end there; it goes on and on. Divisions, groups, subgroups, sub-subgroups — this is what men have done to devolve the Gospel message of the first century AD that was taught by the apostles. Why has it changed so much? It is because of politics, power, and greed, as well as basic disagreements in interpretation.

Over the years, many people have asked me, “There can only be one correct Christian denomination, so which one is it?” My answer is always, “None of them!” Now, I grant that there is some truth in all Christian organizations, but you have to investigate and dig to ferret out where the truth lies; no Christian denomination today teaches or practices as was done by Jesus and his apostles. It takes a special kind of Christian to find what is accurate and what is not.

What Kind of Christian are You: Cold, Medium, or Hot?

I measure Christians on a temperature scale of enthusiasm — kind of like a thermometer, of sorts — and find that there are three basic kinds: cold, medium, and hot. I’ve found that the kind of Christian group you fit into determines if you will ever learn truth. Some people say I should not judge people like that and they quote what Jesus said at Matthew 7:1, “Do not judge, so that you may not be judged.”4 I believe one should not publicly judge someone with an untruth, or judge harshly and unforgivingly. One should not be hypocritical or mean when judging. Jesus was saying don’t judge unfairly or unrighteously, especially aloud and publicly, not that judging should be flatly outlawed. Read all of Matthew 7:1–5 for the full context of what Jesus was saying.

We all judge others. We see and hear about injustice and sin and rightfully make judgements about people based on what we see and hear. That is not wrong and neither is mentally filing observations about what makes people do things or act in certain ways. I observe Christians using my own scale to help me make decisions on how best to approach them, talk with them, reach them in a spiritual way, and it also gives me an overview of small religious groups and even whole church congregations. Personal discernment is important and let’s face it, when you see or meet someone, there are a lot of mental judgements made to determine if you will allow that person to become a close friend or not. You must make judgements, sometimes, if you wish to uncover reality or the truth about something or someone. 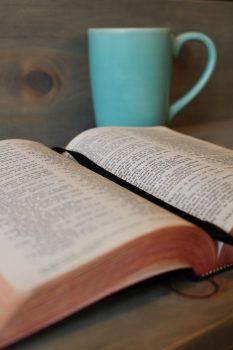 My observations have shown that people on the coldest side of the scale say they are Christian, but do nothing to learn and live as one. They probably belong to a specific denomination only because their family belonged. They go to the same church and services that their parents did and would feel guilty if they did not continue with family tradition. They know the people and they are comfortable being there. Basically, they go to the church service, listen to the sermon, socialize a bit (or not), then go home. Next week they will go through the same routine again. These people know little or nothing about what is inside the covers of the Bible the preacher uses at the pulpit. They may have a Bible at home, but it is seldom opened. They are the ones who go to church on Sunday then forget about God for the rest of the week.

The Christians that are medium on the scale know the basics and think that is all they need. They may be members of a specific denomination because of family or by choice, but they do consider the topic of the sermon and, if convenient, apply the information to their own lives. They enjoy being with like-minded folk and may join a Bible study group or participate in church activities. They are usually generally happy, if there is not currently a lot of drama in their lives. They sometimes search for answers to life’s problems in the Bible or, more likely, ask the pastor for guidance. Some of them believe that all it takes to be a Christian is to go to church every week, occasionally quote a Bible verse, and say “Praise the Lord” now and then. Most Christians fall into this group.

The hottest are the ones that are deeply religious and want to learn more than just the basics that are usually taught — they want to learn as much as possible and are willing to do the research necessary to uncover the wisdom and mind of God. Hot Christians include everything I mention above as medium on the scale, but much more. These are the ones who will learn what is true and what is error. They will constantly judge and compare what is being taught now, with what was being taught in the time of Jesus. They know it is not hard to find out what was in the minds and actions of the first century Christians, just read and study the New Testament — and they do.

Generally the hot Christians have made a conscience choice for a specific denomination, church, and pastor. Socializing with like-minded people is important, but deeper study is even more important, so they join study groups and actively participate. They are happy and dedicated Christians in most every respect and are assured that answers to all life’s problems can be found in God’s word. They have a great desire to live right and please God in everything they do. They probably search for biblical knowledge outside their home church and denomination. They read Christian books, have more than one Bible version at home, and own a couple of Christian research tools (study Bible, dictionary, or commentary). Truth and accuracy are a top priority, even if it needs to be found elsewhere. Every now and then, one in this group decides to change churches or decides not to affiliate with any particular church or denomination for a while. 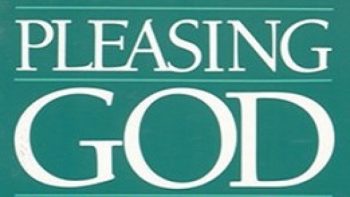 I’m not saying that one should leave a church, but if one does, it does not mean they are turning their back on Christianity. The most dedicated Christian man I ever knew, my mentor, rarely went to any church services. He knew the Bible inside and out, top to bottom, front to back and had more Bible truth in his head (and heart) than I will ever know. His reason for being churchless, he said, was because he tried many denominations and none, not one, followed the teaching and spirit of Jesus and the apostles. A few were fairly close, he said, but even those were not acceptable of anyone studying and discussing Bible knowledge outside of the denomination’s specific beliefs. He was always willing to entertain new ideas, but was a firm believer in the biblical advice suggested in Acts when Paul and Silas went to the Jewish synagogue in Beroea to preach. “These Jews were more receptive than those in Thessalonica, for they welcomed the message very eagerly and examined the scriptures every day to see whether these things were so” (Acts 17:11). In other words, he listened, but had to research it himself before believing anything.

Just as there are many degrees on a thermometer between cold and hot, there are many different positions for people along my cold-to-hot scale, as one type gradually blends into another. What a blessing it is to find and follow a fellow Christian advance up the scale from being cold to being hot in their pursuit of truth. Are you willing to go outside your comfort zone in order to learn the truth and reality of heaven and earth, as God created them? If you are reading articles on this website, or another one like it, you are definitely someone on the warmer side seeking truth and willing to entertain various ideas of other researchers and academics.

I have learned that the warmer you are on the scale, the more apt you are to settle into new positions as you get comfortable in your beliefs. Knowing details behind the many stories in the Bible and the deeper meaning to many biblical thoughts and ideas, may make you shift in some of your beliefs from time to time. If you are sincere in learning about God in accuracy and truth, let him guide you on your journey. If you are sincere in your search, he will not let you down. Make you quest an adventure. It is okay to believe differently than the masses, it is okay to change your mind, it is okay to learn on your own and not drink only that which is being fed to you. I write of this from my own experience.

5 thoughts on “What Kind of Christian are You?”