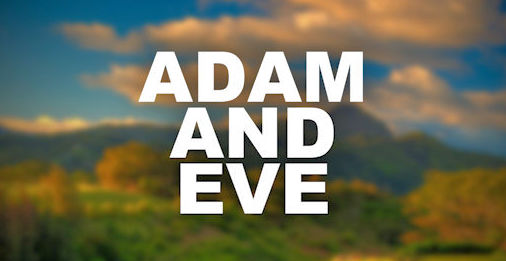 I’ve always believed that God created this universe with specific physical laws that are being revealed to us over time. Because of this, a miracle is only a term we use to explain an event or result that cannot be understood with the human knowledge presently available. As an example, flashlights or torches (British) are items we use in our everyday life. If we could take one back in time to several thousand years ago, people in that primitive period would consider the beam of light emitted from the flashlight as a miracle.

Part of our education on this earth is to learn the secrets of these various physical laws of God and use them to benefit humankind. Modern science has added much to the understanding and validity of various biblical miracles and, because of this, I feel that the Bible is even more logical and more believable than it was just a century ago. The processes of cloning, genetic engineering, gene splicing, and much more will someday be used for proper Godly reasons, rather than for selfishness and profit as they are today. So, let’s keep all this in mind as we study the miracles in the following story.

In Genesis, chapters one and two, we are told that God brought into existence the heavens and the earth and finished-up his work by creating the human species. He makes man, then creates a woman from his rib. These two people were Adam and Eve. At least that is the way we have always been taught in our Christian churches and Sunday schools. I have no doubt these miracles are true, but there must be more to it, right?

Genesis chapter one is an overview of the creation process, while chapter two gives details. Remember that Genesis was a historical record written in one continuous block of text and only later divided it into chapters and verses by scholars.1 For the proper context, read Genesis 1:26–2:24, but our study will only involve the following five verses concerning the direct creation of Adam and Eve. 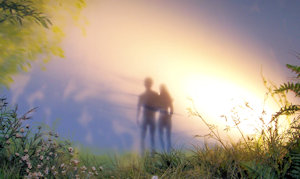 Then God said, “Let us make man in our image, after our likeness. And let them have dominion over the fish of the sea and over the birds of the heavens and over the livestock and over all the earth and over every creeping thing that creeps on the earth” (Genesis 1:26, ESV).2

Then the LORD God said, “It is not good that the man should be alone; I will make him a helper fit for him” (Genesis 2:18).

So the LORD God caused a deep sleep to fall upon the man, and while he slept took one of his ribs and closed up its place with flesh. And the rib that the LORD God had taken from the man he made into a woman and brought her to the man. Then the man said, “This at last is bone of my bones and flesh of my flesh; she shall be called woman, because she was taken out of Man.” (Genesis 2:21–23).

The English Standard Version (ESV) of the Bible is fairly accurate in verse 1:26 using the term man, but not so with several other translations. Instead of man some versions translate the word as human beings, or even humankind. However, we want accuracy, not political correctness. Even the term “make a man in our image” is not what most people think it means.

A note for verse 1:26 in the ESV states that the word translated as “man” is the Hebrew “adam” which is actually the generic term for mankind and only later becomes the proper name for the first male member of the human race. So, the verse above refers to man as “man and woman” collectively.3 Strong’s Dictionary also indicates the Hebrew word adam (אָדָם ˒âdâm), as used in this instance, can also translate as an individual or the whole species of human beings.4 Another source points out that the Bible uses the Hebrew word ˒âdâm in all of its senses: collectively (mankind), individually (a man), gender nonspecific (man and woman), as well as a male human (man).5 It is necessary to understand the proper context of its use.

For a bit of clarity, let us take a quick look at the detailed description of the making of man (the adam) in the second chapter of Genesis. God found it was not good for man to be alone, so he decided to make the man a helper.

In verse 2:18, God indicates he will make a suitable helper that is “fit” for the man. Instead of fit some versions say counterpart, just right, comparable, or suitable.6 A popular Bible commentary says that this suitable helper was to be neither higher like God, nor lower like the animals. The helper must be the man’s equal and the Hebrew usage for suitable “suggests something that completes a polarity, as the north pole is ‘suitable’ to the south pole. One without the other is incomplete.”7

In describing verses 2:21–23, theologian Victory Hamilton says that God causes a deep sleep by administering anesthesia of some type, and makes a helper from one of the adam’s ribs. It is notable that a Hebrew word for rib is translated side everywhere else in the Old Testament. Hamilton continues, “Actually the text says that the Lord ‘built’ woman.”8

Pulling It All Together 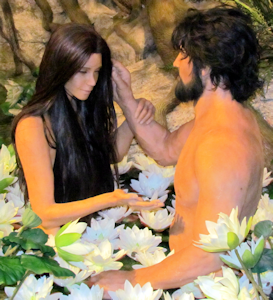 So, let’s pull this all together. The first creature God made was the adam. The adam was a complete human being, in the image of God, having his traits and personality and containing both male and female definitive characteristics. God put the adam to sleep, and removed a part, or a “side,” from which he crafted, or built a woman. As mentioned above, male and female, like two poles of a magnet, are opposites and attract each other and are suitable for completing a circuit. The male (now named Adam) and the female (named Eve) represent the two different sides of God’s original creature (˒âdâm); they need each other to become a completed whole being. Or, as the Bible interprets marriage, the man and the woman become one flesh. Author Allen Ross stated it this way, “They both had the same nature. But what man lacked . . . she supplied, and what she lacked he supplied. The culmination was one flesh — the complete unity of man and woman in marriage.”9

Because of this man-woman closeness, when performing wedding ceremonies, I used to quote the idea that C. S. Lewis had about ‘oneness’ in marriage.10 He said that the Christian idea of marriage is based on God’s words that a husband and wife are to be regarded as a single organism – for that is what the words “one flesh” would be in modern English. And, Christians believe that this is a fact, just as when one says that a lock with its key is one mechanism, or that a violin with its bow is one musical instrument. The inventor of the human machine was telling us, that its two halves, the male and the female, were made to be combined together in pairs, not simply on the sexual level, but totally combined in every aspect of life.

I pray that this article has introduced a new perspective to the creation story for you. When reading or studying the Old Testament or New Testament, thinking about this curious, but accurate, view of marriage will help you to realize the importance of God’s institution for joining the male and the female — and only a male and a female. This concept demonstrates the faulty reasoning used to justify homosexuality, as well as the current gender-changing attitudes. You may also look upon the marriage of Jesus (husband) to the Church (bride of Christ) with new insight. The Bible is an amazing book and a great deal can be learned with deeper study.

20 thoughts on “Did God Really Make Eve from Adam’s Rib?”