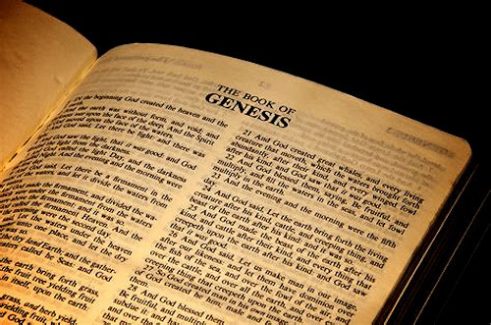 This article is short, but truly a study on the fringe of Christianity, something I am known to present. But it is just a study and examination of what a few others suppose. It is not suggested as doctrine or dogma — it is just something to make you think “outside of the box” and presented to stimulate your brain. Whether you believe any of it or not has little bearing upon your relationship with our Creator, but it will be interesting to hear your comments. Our study is in Genesis 1.

The use of the plural words “us” and “our” in this verse has created a lot of argument in Christian academia. It is not specified to whom it refers, but some authors and commentators suggest that God is talking to himself or that he is speaking with other members of the Trinity. That is absurd in my opinion, because there was no concept of the Trinity in the Old Testament, and even if there was, why would it be necessary for God to speak to himself or other parts of himself in a conversation? Also, the Jewish converts to Christianity in the first century did not express ideas of a Trinity, although modern Christian teachers seem to think so. “One would think that if the Trinity is correct, the Bible would present clear evidence in scripture and explain it throughly. There is no record of the Trinity doctrine ever being taught and, for being such an important part of Christian doctrine, it is striking that the word Trinity does not even appear in the Bible.”1

What is the Elohim?

The word “God” used in Genesis 1 is actually translated from the Hebrew word elohim.2 So, a more accurate translation of Genesis 1:26 would be as The Scriptures Bible version states, “And Elohim said, ‘Let Us make man in Our image, according to Our likeness . . . .’” (Genesis 1:26, TS).3 Elohim can be used for the plural  “gods” in the ordinary sense, as well as the Supreme God, so it is possible God was speaking to a group of which he belonged. “A simpler explanation is that ‘us’ reflects an announcement by the single God of Israel to a group in His presence—the heavenly host.”4 This heavenly host may have been part of, or the entire, divine council of heaven.

Biblical scholar Michael Heiser said that all entities called Elohim (אֱלֹהִים) in the Old Testament “have one thing in common: they are by nature not part of the world of humankind, a world of ordinary embodiment.” Elohim “…as a term describes residence—it identifies the proper domain of the entity described by it. Yahweh, the lesser gods, angels, demons, and the disembodied dead are all rightful inhabitants of the spiritual world.” This spiritual world, like our human world, has creatures of different rank and power. This heavenly host or divine council manage the affairs of heaven under the authority of Yahweh, the God of Israel.5

There are other places, too, that mention the concept of God’s divine council (see Genesis 3:22, 11:7, Isaiah 6:8). There is specific mention of council meetings in Job 1:6–12 and Job 2:1–5, “One day the heavenly beings came to present themselves before the LORD . . .” (NRSV).6 In Jeremiah 48:29, which has the LORD saying, “We have heard of the pride of Moab . . .” (NRSV), the “we” probably refers to Yahweh’s divine council. Even the New English Translation which uses the singular “I” in this verse (to avoid confusion of who the “we” are, they say), has a note indicating it really refers to a plural form.7 Personally, I think using the singular form wrongly, causes even more confusion to those searching for truth.

At one time, during the Second Temple period (c. 516 BC to 70 AD), Jewish intellectuals thought of “two powers” as heavenly rulers, one visible and one invisible. This consisted of Yahweh at the top with two distinct personalities, basically two Yahwehs. One was supreme and the God of Israel and the other subordinate to him. The early Christians accepted this idea and considered Jesus as the second individual personality of Yahweh, but subordinate to the almighty God of Israel.

The new Jewish converts to Christianity worshiped both the God of Israel and Jesus of Nazareth. They thought both to be the “two powers” of the Jewish thinkers.8 Sometime later, the Jews declared this “two powers” authority as unorthodox, quite possibility as a political move to stem the growing Christian movement. This is an overly simplified explanation of a very complicated subject originally presented in scholarly form, but gives a nebulous overview of the thought.

Author and scholar, Michael Heiser, wrote, “In the Old Testament, God’s heavenly dwelling was also his headquarters, the place where he met with his council, the members of the heavenly host who served him in the administration of his creations. This is the context for the plural language of Genesis 1:26. God created human beings to reflect his image (i.e., represent him) just as the members of his heavenly host did.”9 Speaking of the term “our image,” this does not apply to a physical or material image, but to personality or nature or morality. One Bible commentary suggests that the emphasis of image means man was to be like God in creativity, decision making, compassion, and love.10 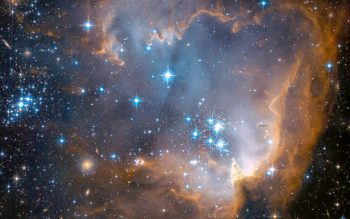 An analogy may be considered by looking at “Yahweh” as being the corporate office staffed with a President-CEO (Almighty God) as the “top guy” and a Vice President-Manager (Jesus) as the “second in command.” Down the corporate hierarchy would be angels and other spiritual beings. I know, this is like comparing apples to oranges, but you get the general drift of this idea.

Now I present these different perspectives only for your entertainment. I’m not suggesting these views are right or wrong, only that some serious academics consider their possibility and I thought you may be interested, too. Many students of the Bible want to know the true nature of God and the spirit realm in which he lives. And to be honest, I always wondered about a possible “pecking order” among entities in that spirit world. Sometimes strange ideas help us understand and answer some of the questions we have.

46 thoughts on “Why did God say: “Let US make man in OUR image, after OUR likeness?””