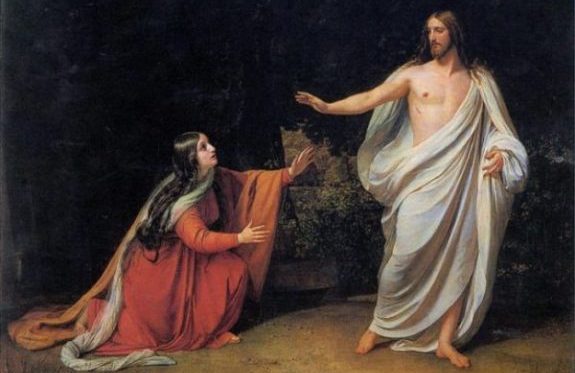 People had only one name, during Biblical times. To distinguish between people of the same name, a description was often used. Jesus was a common Jewish name in Judea, so our Savior was called ‘The Nazarene’, after the city in which he lived.1 Likewise, the Mary of this study was from the town of Magdala2 and she was called ‘The Magdalene’, hence she became Mary Magdalene.

There isn’t any record of her parentage, marital statue, age, or home obligations, but because she later helped finance Jesus’ ministry, she is assumed to have had some wealth. Some people believe she was a sinner—a harlot. The idea that she was a sinner has no real support and is suggested by various writers only from vague and circumstantial evidence. Ideas, such as the only way an unmarried, un-widowed, childless woman at that time could have access to a lot of money was through prostitution, are pure speculation.

The primary source of Jewish religious law, the Talmud, indicates that the city of Magdala had an unsavory reputation and, because of immorality, was destroyed by the Romans.3 Also, in the Bible (Luke 7:37–8:2), Luke’s first reference of Mary follows the story of the unnamed woman sinner. It was from these references that “the idea developed that Mary was a prostitute, but there is not a shred of genuine evidence to suggest such a bad reputation.”4 In fact, the idea of demonizing her as a sinner seems like a patriarchal agenda of the growing organized Church in the first century and later, to counter the view of her as a powerful Christian leader.5 After all, it was thought, women were supposed to be subordinate to men, not equal to them!

“At some point, Mary Magdalene became confused with two other women in the Bible: Mary, the sister of Martha, and the unnamed sinner from Luke’s gospel ([Luke] 7:36-50) both of whom wash Jesus’ feet with their hair. In the 6th Century, Pope Gregory the Great made this assumption official by declaring in a sermon that these three characters were actually the same person: Mary Magdalene, repentant saint.”6 That announcement presented a powerful image of redemption, which could have been used to bring sinners into the church, or for some political purpose. 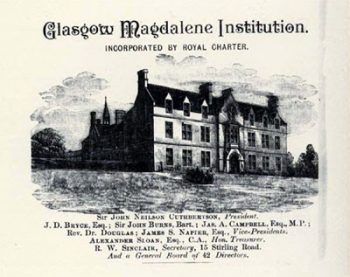 Whatever the reason, the Roman Catholic Church didn’t withdraw its unjust opinion of Mary Magdalene until 1969. But for hundreds of years, they brought in money from their sanctuaries for reformed prostitutes and pregnant unmarried women, most notably during the 18th to the late 20th centuries, that were called Magdalene asylums, institutions, and laundries.7

In our present time, from novels and movies, Mary Magdalene’s image has been continually twisted, distorted, and renounced, so there is a continued convoluted image presented for this important biblical person. Even more damage to her personality, as well as that of Jesus, comes from such books as Holy Blood, Holy Grail (1982), The Gospel According to Jesus Christ (1991), Bloodline of the Holy Grail: The Hidden Lineage of Jesus Revealed (1996), and The Da Vinci Code (2003), which suggest that Mary was the wife of Jesus.8

The Real Mary of Magdala

The Bible mentions Mary Magdalene twelve times in the New Testament. Eight of those times was when associated with other women, where she heads the list, implying that she was a leader of the female followers of Jesus.

Even as a woman of superior standing and affluent circumstances, she came to Jesus’ attention for having been possessed by seven demons, of which our savior cured her.9 An article in Smithsonian Magazine states “the seven demons, as applied to her, indicates an ailment (not necessarily possession) of a certain severity” and a New Testament scholar and historian, Bart Ehrman, “contends that the number seven may be merely symbolic, since, in Jewish tradition, seven was the number of completion . . . .”10 Whether her ailment was physical, emotional, psychological, or real demonic possession, the healing she received from Jesus must have impressed her greatly to make her so devoted to him.

Not only did Mary follow Jesus, she was also present when Pontius Pilate sentenced him to death, when he was led to Calvary and crucified, when he was buried in the tomb, and when he was resurrected. This woman was the only disciple present at all these events which led to the movement that transformed the world.

It is not just in canonical New Testament scripture that Mary of Magdala is described, but there is mention in several New Testament apocryphal books, as well. The Gospel of Philip depicts her as being closer to Jesus than any other disciple, calling her Jesus’ koinonos (Greek: κοινωνός) which can metaphorically mean a close friend, a spiritual or business partner, or a companion in faith.11 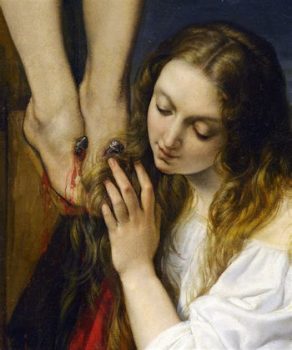 In the Gospel of Mary (written about her, but not by her), “Mary Magdalene is framed as the only disciple who truly understands Jesus’ spiritual message, which puts her in direct conflict with the apostle Peter. Mary describes to the other apostles a vision she has had of Jesus following his death. Peter grows hostile, asking why Jesus would especially grant Mary — a woman — a vision.”12 But Jesus is well-known for his radical treatment of women. An article in Christian History magazine stated the following.

The world Jesus entered largely discriminated against women. He rejected the false criteria upon which the double standard was built. He measured men and women by the same standards, the inner qualities of character and not by such accidents of birth as ethnic or sexual differences. He affirmed women by His manner, example, and teaching.

Jesus included women where Jewish piety largely excluded them. Women were excluded from participation in synagogue worship, restricted to a spectator role, and forbidden to enter the Temple beyond the Court of the Women. A woman was not to touch the Scriptures, lest she defile them. A man was not to talk much with a woman, even his wife. Talk with a woman in public was yet more restrictive.

Jesus brushed aside all such discrimination. He astonished His disciples by talking openly with “a woman” at Jacob’s well (John 4:27). His dearest friends included Mary, Martha and Mary Magdalene. There were many women who ministered to (or with) Him, following Him from Galilee to Golgotha (Mark 15:41).13

We don’t know what happened to Mary in her later life, but according to Eastern tradition, “she accompanied St. John the Evangelist to Ephesus (near modern Selçuk, Turkey), where she died and was buried. French tradition spuriously claims that she evangelized Provence (now southeastern France) and spent her last 30 years in an Alpine cavern. Medieval legend relates that she was John’s wife.”14 Although Mary Magdalene has been portrayed throughout history in a number of ways, we can be assured that she was a crucial witness, disciple, and spiritual leader in the Christian movement that changed the world.