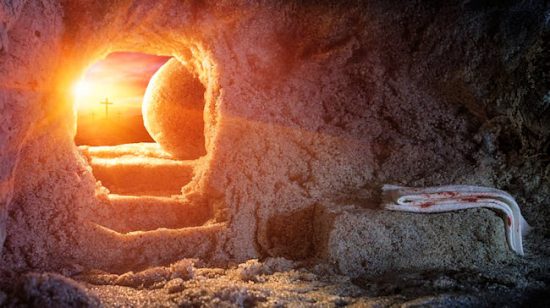 The answer to the title of this essay is, yes! Jesus was dead for a full three days and three nights, and that fact can be established from Jesus’ own words. The Bible tells the story of a time the Pharisees, who had accused Jesus of collusion with the devil, asked him for a sign from a source other than just his own words—one that clearly originated with God—to prove he was who he said he was. So Jesus referenced the story of Jonah to his own pending burial and resurrection. Showing that Jonah was a sign to the Ninevites to repent,1 the Son of Man would be the same to the current generation.

But he answered them, “An evil and adulterous generation seeks for a sign, but no sign will be given to it except the sign of the prophet Jonah. For just as Jonah was three days and three nights in the belly of the great fish, so will the Son of Man be three days and three nights in the heart of the earth. The people of Nineveh will rise up at the judgment with this generation and condemn it, because they repented at the proclamation of Jonah, and see, something greater than Jonah is here!” (Matthew 12:39-41, ESV).2 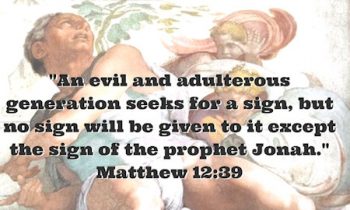 As explained in a well-known Bible commentary, “Jonah’s case was analogous to this, as being a signal judgment of God, reversed in three days, and followed by a glorious mission to the Gentiles. The expression ‘in the heart of the earth,’ suggested by the expression of Jonah with respect to the sea [see: Jonah 2:3, YLT] . . . means simply the grave, but this considered as the most emphatic expression of real and total entombment.”3 Jesus’ statement makes it evident that ‘three days and three nights’ is an established biblical truth.

Many people believe this error to be a deceptive or political decision by the early Church to manipulate the Christian people, while others think it may have started as an error of understanding. Whatever the reason for the error, it is not the only one concerning the death and resurrection of our Lord Jesus Christ. The Bible plainly indicates neither the day of the week for Christ’s death, nor the time of day for his resurrection, so how can we resolve these problems?

Unlike days on our secular calendar, which begin and end at midnight, the Jews follow God’s creation of darkness before light. Since God established night first, the Jewish day begins in the evening and continues until the next evening — nightfall to nightfall.4 “God called the light Day, and the darkness he called Night. And there was evening and there was morning, the first day” (Genesis 1:5, NRSV).5 Generally, the evening, and a new date, begins about 6:00 p.m. Morning begins about 6:00 a.m. Remember this: evening before morning. 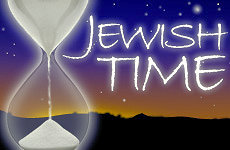 Of course, at that time, A.M. or P.M. indicators were not used for morning and evening, but time was called by “watches” and “hours.” At night, “First Watch” was sunset to 9:00 p.m. and “Second Watch” was 9:00 p.m. to midnight, and etc. In day time, “First Hour” was dawn to 8:00 a.m. and “Second Hour” was 8:00 a.m. to 9:00 a.m., and etc. Even the months were counted differently in Jewish culture, using the moon phases for guidance. Holidays seem to roam around on the Jewish calendar, whereas most stay static on ours.

According to the book of Mark, Jesus was placed on the cross6 early in the day: “It was nine o’clock in the morning when they crucified him” (Mark 15:25). His death came mid-afternoon, just a few hours before the day ended: “At three o’clock Jesus cried out with a loud voice . . . Then Jesus gave a loud cry and breathed his last” (Mark 15:34 & 15:37).

The body of Jesus was taken down from the cross and placed in the tomb just prior to the beginning of the new day: “When evening had come, and since it was the day of Preparation, that is, the day before the sabbath . . . a respected member of the council . . . went boldly to Pilate and asked for the body of Jesus” (Mark 15:42–43).

“Then he took it down, wrapped it in a linen cloth, and laid it in a rock-hewn tomb where no one had ever been laid. It was the day of Preparation, and the sabbath was beginning. The women who had come with him from Galilee followed, and they saw the tomb and how his body was laid. Then they returned, and prepared spices and ointments. On the sabbath they rested according to the commandment” (Luke 23:53–56).

Is there is a problem here?

Using the above scripture, Jesus was placed in the tomb the day before the Sabbath (day of rest), and then on the first day of the week (Sunday) he was found missing from the tomb. Isn’t the Sabbath a Saturday? So, does that prove he was in the grave for only one day and a half? 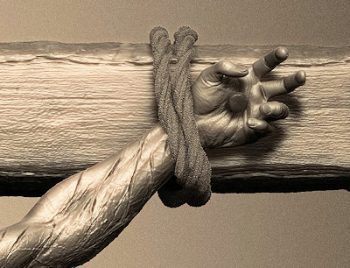 No! If you are a Jew, you will understand, if a Christian, then probably not. There were two Sabbaths that week, because it was also the time of Passover. The Feast of Unleavened Bread, which was celebrated over a seven-day period, had its own Sabbath day. At the time of Jesus’ death, the high Sabbath of Passover (or of Unleavened Bread) was Thursday, and should not to be confused with the regular weekly Sabbath on Saturday.

Although the Jewish calendar varies from our secular calendar, at the time Jesus died7 this is how the events unfolded. On Wednesday evening (after sundown Tuesday), Jesus ate his Last Supper8 (Matthew 26:17-19; Luke 26:1-20). Later that evening, he was captured, then brought to Pilate (Matthew 27:1-2) and was crucified in the morning (still on Wednesday). He died later in the afternoon (still on Wednesday). To keep his dead body from remaining upon the cross on a sabbath day, it had to be removed (John 19:31) without delay (still on Wednesday).9 Jesus was then placed in a tomb prior to sundown. All this happened during one single 24-hour day, the Hebrew’s Wednesday (sundown Tuesday to sundown Wednesday—remember, evening before morning); Thursday was Passover day (beginning at sundown Wednesday).

The common modern belief of Jesus being crucified on Good Friday and then resurrected on Easter Sunday morning is incorrect. The evidence proves that Jesus died on Wednesday afternoon, placed in his tomb at the very beginning of Thursday and was resurrected sometime after sundown Saturday, and then discovered missing from the tomb on Sunday morning; that time period includes a full three days and three nights, just as stated by Jesus beforehand.

This article provides logic, research, references, and facts to expose the false notion that Jesus was in the tomb for only one and one-half days before resurrection. To believe this or not is up to each individual reader. The most important fact is that he was resurrected—he was dead, but now he lives. This gives us faith, comfort, and hope for our own future and for the futures of those we love. One of my favorite gospel songs about this fact is “Because He Lives” (a video performance of this song is listed in ‘References & Notes’ below).10

18 thoughts on “Was Jesus in the Tomb for Three Days and Three Nights?”