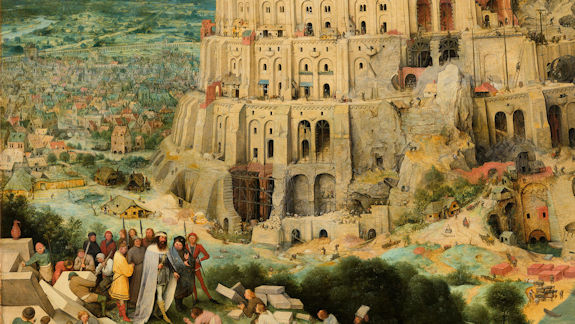 Genesis, chapter 10, begins the new human history following the Great Flood of Noah’s time. It describes the genealogy of Noah’s sons, Shem, Ham, and Japheth. These genealogical details are sometimes called the Table of Nations, as it describes the people who repopulate the earth and gives evidence concerning the dispersal of nations.

One of the descendants of Ham was Nimrod, a character mentioned in ancient stories in the Bible as well as other literature (e.g., the Epic of Gilgamesh2). He is described as a “mighty hunter before the LORD” (Genesis 10:9, ESV).3 But many feel that the translation should be not “before the Lord,” but “to the Lord,” meaning in opposition to God.4

Nimrod founded several cities, including both Babel and Nineveh (Genesis 10:9-11). Nineveh is the city of interest in the story of Jonah and the whale (see References & Notes for a study about Jonah).5 Babel, of course, is the city where the construction of the enormous Tower of Babel began; it is the subject of this study, and is recorded in Genesis, chapter 11. Many scholars believe Nimrod was also the architect/builder of that tower.

The Tower of Babel, although the subject of a most memorable Bible story, is one of the shorter events recorded in the Old Testament. Although being one of the most important turning points in human history, the full description takes but nine verses. This study will include data from other sources to fill-in the blanks, and we will ‘read between the lines’, of the brief biblical description. But, it is important to take a minute or two to read Genesis 11:1-9.

Garden of Eden & Tower of Babel 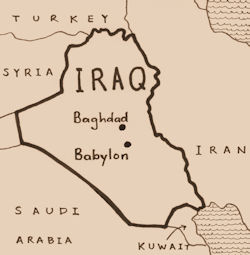 Some see a relationship between the sin in Eden and the sin of building the tower in Babel. Sin? Yes, in Eden, Eve’s ambition was to be like God, and in Babel, the people wanted to make a name for themselves without God’s direction. God’s command, after the flood, was to populate the earth, but these people wanted to expand one city into a massive metropolis, a single mega-empire. This project was challenging the supremacy of God. These were acts of disobedience — seeking to make their own name and reputation great without the Lord.

The people of Babel did not want to follow God’s command to ‘fill the earth’ (Genesis 1:28; 9:1), which is evident by the statement made, “Come, let us build ourselves a city, and a tower with its top in the heavens, and let us make a name for ourselves; otherwise we shall be scattered abroad upon the face of the whole earth,” (Genesis 11:4).

These ambitious people confidently began building a large city complex and a mighty tower with its stairway into the sky. “A tower with its top in the heavens” the Bible says, but that was a common rhetorical expression for being very high (see Deuteronomy 1:28). It wasn’t a crime to build a city or a town, but they were attempting to prevent emigration — they wanted to stay and grow, a complete refusal to God’s command to go fill the earth.6

Despite early paintings of the Tower of Babel, the structure was most probably a ziggurat, rather than a rounded spiraling cone of a building. Ziggurats were huge ‘stepped’ structures and it “would easily be the most conspicuous building in the city.”7

Historically, this type of structure had a temple, at its base, where everyday citizens worshiped, and at the summit, there may have had a special temple for the priests, and also a gate from which a deity could descend from the heavens. Some may have also had an altar near that gate for sacrifices. Babel is also often called Babylon, which means ‘Gate of God’.8 Today, the ancient ruins of Babylon lay beside the Euphrates River about 55 miles south of Baghdad, Iraq.9 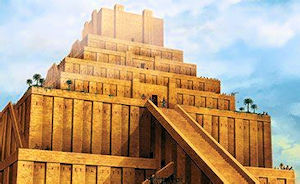 Apparently, these ancient people had gained much knowledge and technology in a short period of time, in order to attempt such a massive project, and to also have the confidence to complete such a task. But “in spite of their attempt to elevate themselves to God’s domain, the Lord still had to come down to look over the city and tower. Human attempts to achieve glory, which belongs to God alone, always fall pitifully short.”10

The Lord received reports of Babel’s activities and, in similar language to Genesis 1:26, he communicates to others in heaven and says, “Come, let us go down, and confuse their language there, so that they will not understand one another’s speech,” (Genesis 11:7). He didn’t want vengeance for their rebelliousness, only a forceful correction of their task.11

“This event is central to understanding how nations came to worship other gods. . . .” This event also points to where God shifts his focus from all peoples to his chosen people. The redeemer of all nations will come through this chosen people.12

Confounding their language forced a continuation of the dispersion. Causing different languages (or tongues) made everyone only intelligible to their own tribe. “By one miracle of tongues men were dispersed and gradually fell from true religion.” This was reversed by an event in the New Testament, when through another miracle of tongues (Pentecost), the language barriers were broken down, so that all men might be brought back to the family of God. 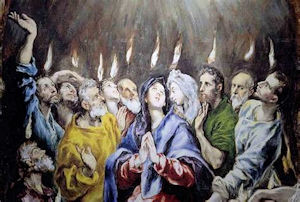 Like the English Christian minister and writer Matthew Henry, I relate the miracle at Pentecost to the scattering of people through a confounding of languages at the Tower of Babel dispersion. Henry said that the dividing of language at Babel was the casting-off of the pagans, as they lost the language of which God was spoken about and preached. But Pentecost reversed this process by restoring the knowledge of God to all nations.13

This gift at Pentecost of speaking in different tongues (languages) allowed the apostles to reach and teach people of different lands and languages, and as Paul said, “Tongues, then, are a sign not for believers but for unbelievers…” (1 Corinthians 14:22a, NRSV). The curse of Babel in Genesis 11, was dramatically reversed by this Pentecost event.14 For an interesting study on this subject, see the article titled “Speaking in Tongues — Is Glossolalia Real?” listed in References & Notes.15

I could find no suitable music video about the story of the Tower of Babel, only something aimed at teaching children in Sunday school. I did find, however, something related to sinful Babylon that happened more than a thousand years after the tower event.

In the later history of Babylon, many people from the Kingdom of Judah were captured and brought as prisoners to the famous city by King Nebuchadnezzar. It was during this period that Daniel’s three friends were thrown into a fiery furnace. (For a link to an article on that story, see References & Notes.)16

The chosen song reflects the emotions and feelings of those captives, as written in Psalm 137. “By the waters of Babylon, there we sat down and wept, when we remembered Zion” (Psalm 137:1-3). It wasn’t until after the fall of Babylon to the Persian king, Cyrus, that the exiled Judeans were permitted to return to Judah some 70 years after their capture.

The song is “Rivers of Babylon” by Bomey M., recorded at the Sopot International Song Festival held in Sopot, Poland, back in 1979. Bomey M. was a Euro-Caribbean vocal group which has sold some 80 million recordings around the world. The genre can be considered disco-reggae and their last performance was 2017 in Greece.17 Selected lyrics are below and a link to the music video is listed in References & Notes.18 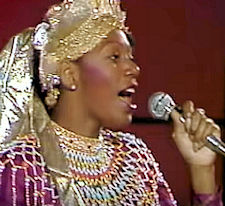 Let the words of our mouth and the meditation of our hearts
Be acceptable in thy sight here tonight
By the rivers of Babylon, there we sat down
Ye-eah we wept, when we remembered Zion.