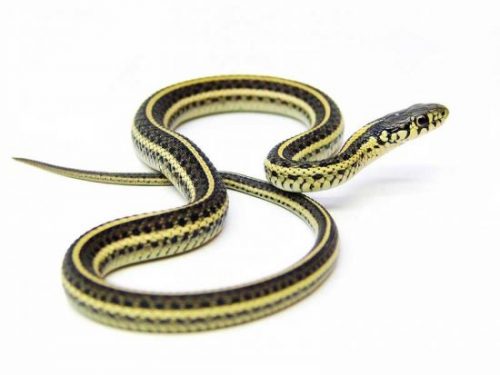 One of my precious wife’s little dogs escaped from its backyard pen the other day and began to snoop around our small urban vegetable garden. The garden is located way out back of the property and near an area of dense weeds and thickets. I realize it is not good to have our garden near the weeds, but that’s another story for another time. Any way, we sometimes give the same kind of attention to our pets that we used to give to the children, before they grew-up and married and moved away; we even speak to them like we spoke to the kids when they were little.

“Sammi,” I said, “you had better not get to close to those weeds, ‘cause Sneaky Snake is going to get you.” Now, Sneaky Snake is a little garter snake that lives in the weeds and likes to sun itself in our garden on warm afternoons. We gave it that name after slithering up behind my wife one day and giving her quite a surprise. Of course, Sammi didn’t listen very well – just as sometimes our children didn’t either – but, even though Sneaky Snake didn’t surprise Sammi that particular day, the probability of an encounter increases each time she snoops around in its territory.

Don’t Get Too Close 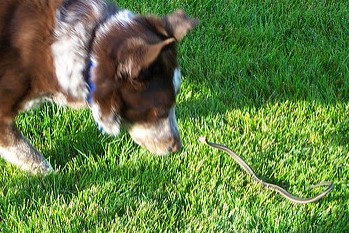 Life is like that, in a way, for us humans, too. Each time our curiosity pushes us over the edge of our Christian faith, we increase the chances of being snared by that old serpent of this world, the Devil. Not that wandering into the fringe of Christian faith is bad, it is just that we have to be careful not to go over the boundary and get caught up in something that snatches us away from God.

We are a little different from Sammi, though. A pen or short leash will usually restrain her and keep her in safety, but we, as Christians, aren’t controlled by outside restraints. We are given rules and regulations and a free will. Any restraints are self-imposted through our faith and desire to serve God. Of course, there are some who would argue that God does, indeed, have us on a leash, of sorts, meaning those rules the Bible conveys by which we should live. If that is the case, then I suggest that the leash is long, but God has given us enough rope to hang ourselves, if we cross the line very much. Still, it is God-given free will which controls how tight we allow that rope to get.

Always Be Aware of the Serpent

Anyway, my point is that, like Sammi, we must always be aware of the serpent, if we wish not to get caught. Better than just watching our backside, it would be advisable not to even venture into the weeds.

I think we would all agree, that the green grass that we see on the other side of the fence is, so often, just weeds when we get a closer look. We will do much better if we stay on our own side of the fence, within the safety of our Christian faith. Let us recognize the temptations ahead of time and stay clear so as not to give the serpent a chance to sneak up on us. “Let your eyes look directly forward, and your gaze be straight before you. Keep straight the path of your feet, and all your ways will be sure. Do not swerve to the right or the left, turn you foot away from evil” (Proverbs 4:25–27 NRSV).

Every time I think about old Sneaky Snake in my yard, I’m reminded of a funny children’s tune by country-western singer, Tom T. Hall (see below).*

OBS is compliant with the European Union GDPR regulation. Click here to read.

2 thoughts on “That Sneaky Snake”