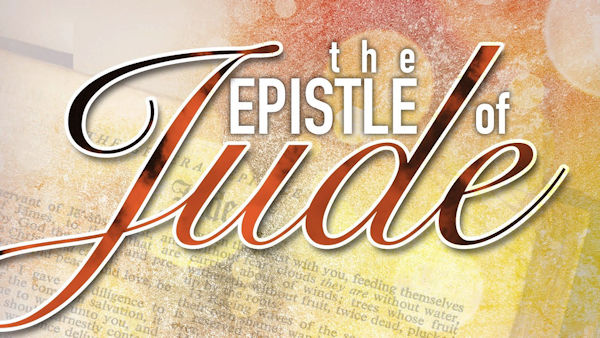 The Epistle of Jude is not a very popular subject in Bible studies. It is often neglected in biblical analysis for a few reasons. First, it is rather short in length having only twenty-five verses, and therefore it is easily overlooked. Second, many feel it is about intolerance, rather than being inclusive and so, not relevant to the more important issues of the Gospel message. Furthermore, some others object to the hints or reference to non-canonical books.

Just for the record, Jesus did have several brothers and sisters, as reported in scripture: “Is not this the carpenter’s son? Is not his mother called Mary? And are not his brothers James and Joseph and Simon and Judas [Jude]? And are not all his sisters with us?” (Matthew 13:55-56, NRSV).2 (Also see Mark 6:3.)

The Greek word translated as ‘Jude’ is the same as that for Judah (e.g., the son of Jacob or the tribe named after him) and for Judas (e.g., another disciple who betrayed Jesus).3 It was a common name at the time. His missive is the second to last book of the New Testament. The Epistle of Jude — positioned just prior to The Revelation to John — is therefore appropriate because it adds reason for understanding many of the things John mentions in Revelation.

As for the time in which we now live, Jude’s words ring true to the state of our modern church denominations. We know that Satan’s attack is not new; he is an intelligent spiritual creature and he has succeeded in corrupting Christians for more than two thousand years. Jude’s warning is to us, too.

In today’s world, this man Jude would be considered a whistle-blower, bringing a big problem to the attention of everyone. Many — if not most — of early Christian communities were unaware of the assault and subversive activities instigated by some of its own members. After the assurance Jude gives in his opening sentences, he goes on to effectually write that they must fight to keep the faith they cherish.4 He penned, “For certain intruders have stolen in among you, people who long ago were designated for this condemnation as ungodly, who pervert the grace of our God into licentiousness and deny our only Master and Lord, Jesus Christ,” (Jude 4).

This exposé of stealthy heretics was highlighting some members among them as ungodly by not only rejecting authority, but by implying themselves as trustworthy. This destructive behavior had to be stopped because it was leading the members astray. To set things straight, Jude used three examples from the Hebrew Scriptures as examples. 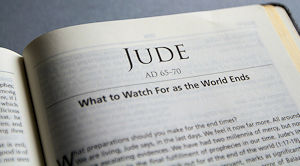 This article is not a verse-by-verse commentary of Jude’s crucial letter. I say crucial, because his original intent was to write about salvation (Jude 3), but felt he needed to address a serious problem. However, I do wish to present an overview of important points that I observe and accent his analysis of the situation. If possible, please read this very short book of the Bible first; it should only take a minute or two.

Jude uses three Old Testament examples in reference that no one is immune from judgement, even if they have already experienced salvation. First, he mentioned that soon after leaving their positions of slavery and escaping Egypt, the Israelites renounced God’s authority. Second, he referenced the angels who left their heavenly realm in order to mate with human females (Gen. 6:1–4), which is further interpreted in the apocryphal account in The Book of Enoch (1 Enoch 6–19).5 “The way Jude referred to the angels gives reason to believe that this truth was well accepted by his readers and thus needed no further explanation.”6

And Jude’s third illustration was of Sodom and Gomorrah (and surrounding smaller towns), which serve as examples of what happens to those who turn away from God and follow their unnatural lustful appetites. The sin most strongly connected with that region was homosexuality.7 And in the city where Lot lived, the citizens actually wanted to rape the angels visiting him (Genesis 19:1–29). The Sodomites’ fate “foreshadows the fate of those who deny God’s truth and ignore his warnings.”8

For an interesting study, and a different point of view to the story about Sodom and Gomorrah, see “Lot & His Daughters: Homosexuals, Brimstone, Incest” listed in References & Notes at the end of this article.9 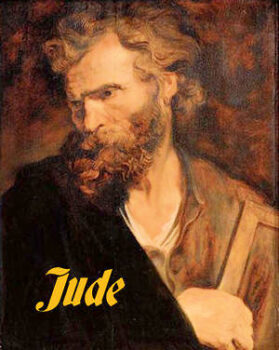 While those examples concern lacking obedience, Jude then speaks about slandering what they do not understand. “But when the archangel Michael contended with the devil and disputed about the body of Moses, he did not dare to bring a condemnation of slander against him, but said, ‘The Lord rebuke you!’” (Jude 9). The illustration he gives is not a story mentioned elsewhere in the Bible, but comes from another non-canonical source.

One commentator, Dr. Terry Wilder,10 explained Jude’s thought and source this way. “Jude contrasted the heretics’ blasphemy of angels with the restraint that Michael the archangel showed when disputing with the devil in an argument about Moses’s body. Scholars generally agree that this story was taken from the Assumption of Moses,11 an apocryphal book. In the story, Michael sought to bury Moses’s body. The devil opposed the burial with the claim that he was lord over matter and Moses was a murderer. Rather than assuming the right to condemn Satan for his slander, Michael called on the Lord to judge.”12

I have already mentioned, in the first paragraph of this article, that some people object to reference of non-canonical books and I respect that opinion. According to a Catholic source, “the Bible as a whole was not officially compiled until the late fourth century, illustrating that it was the Catholic Church who determined the canon,13 — or list of books—of the Bible under the guidance of the Holy Spirit.”14

I try to keep an open mind, and although I certainly believe in guidance from the Holy Spirit, I am not so sure of the politically motivated men who decided what went into that list of books, and what did not. I’m not the only researcher that believes that the Book of Enoch, being quoted by Jude, actually gives it some inspired sanction of truth.15 Peter makes a similar reference to that incident about angels in 2 Peter 2:4, although he didn’t actually mention The Book of Enoch by name.16

The Book of Acts is sometimes called the ‘Acts of the Apostles’ and some academics consider The Epistle of Jude as the ‘Acts of the Apostates’. That is a nice ‘play on words’, but it is true. Jude not only rehashes such activities of the past and points them out in the present (in his day), but also predicts them for our time as well — the end days, before Jesus returns.

Giving credit to other apostles, he writes, “In the last time there will be scoffers, following their own ungodly passions. It is these who cause divisions, worldly people, devoid of the Spirit,” (Jude 18-19). Then he adds about those caught in the middle, as well as the false teachers, “And have mercy on those who doubt; save others by snatching them out of the fire; to others show mercy with fear, hating even the garment stained by the flesh,” (Jude 22-29).

Satan chooses others to do his work of turning away good people from God. We must always be vigilant to his craftiness and help keep any weaker souls from making the mistakes that can take away salvation. In Jesus’ time on earth, and ever since then, many people have dedicated their lives to helping others keep the faith in our Lord and Savior, Jesus Christ. Some have actually died saving others, and that thought reminds me of a song by Randy Travis17 titled ‘Three Wooden Crosses’.

The song brings tears to many and describes four passengers on a midnight bus traveling from the United States to Mexico. The bus is involved in a fatal highway accident and the lyrics ask why there are only three crosses and not four.18 Selected lyrics are below and a link to the music video is listed in References & Notes.19 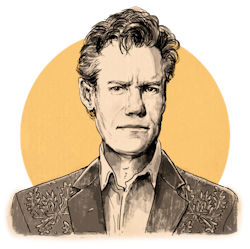 A farmer and a teacher, a hooker and a preacher
Ridin’ on a midnight bus bound for Mexico
One’s headed for vacation, one for higher education
And two of them were searchin’ for lost souls
That driver never ever saw the stop sign
And eighteen-wheelers can’t stop on a dime

That farmer left a harvest, a home and eighty acres
The faith and love for growin’ things in his young son’s heart
And that teacher left her wisdom in the minds of lots of children
Did her best to give ’em all a better start
And that preacher whispered, “Can’t you see the Promised Land?”
As he laid his blood-stained Bible in that hooker’s hand