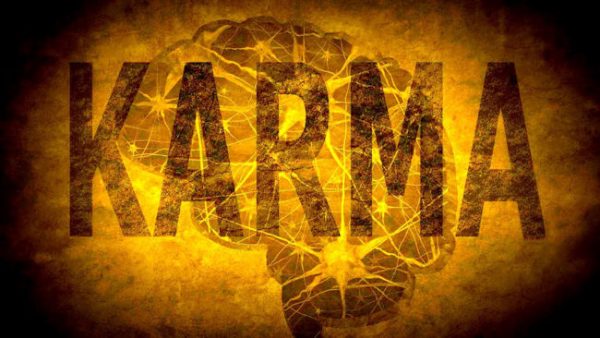 The other day, someone I know was relating something that happened in a department store parking lot. He was waiting as an automobile backed out and left a parking space, but before he could drive his car into the space himself, another vehicle approaching from the other direction zipped into it. Sound familiar?

When things happen, such as this, another life situation appears where one must make a quick decision. You can verbally express your thoughts, which could escalate into a physical encounter, or you can just “chalk it up” to an impolite and self-centered jerk and move on. I remember once hearing the victim, in a similar situation, tell the offender, “You better keep a close eye on your car for the next half hour or so; something could happen to it.” I thought that was funny, but probably it was a bit worrisome for the offending driver. My friend, however, just moved on, making this comment in a whisper, “Karma will get you for that!”

Now, most of us have heard about karma, even if we don’t fully understand its real meaning. We have heard statements throughout our lives, such as: “Whatever you do will always come back to you,” “Karma has no menu, you get served what you deserve,” “The people who hurt you will eventually face their own karma,” or “Revenge will never solve anything, karma will.” 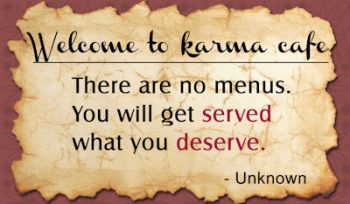 But what is karma, really? Some people say it’s just “cause and effect,” but that is an over-simplification of something more complicated. Causality is one process that contributes to another process, where the cause is partly responsible for the effect, and the effect is partly dependent on the cause.1 So it is true, the more someone does evil to other people, the more they are stacking the odds that someone is going to return the evil. That isn’t karma; that is logic.

According to the dictionary, karma is a force generated by a person’s actions, as maintained in the beliefs of Hinduism and Buddhism. This force can pass from life to life, so its ethical consequences determine the nature of the person’s next existence. Basically, each individual is born with karma, a residual characteristic aura or force, which infuses someone from past lives and must eventually be resolved.2

There is a significant problem with the doctrine of karma—besides believing in reincarnation, it implies a prearranged destiny and the lack of free will. Scholar and historian A. L. Herman, asked this question in his book about the concept of evil in Indian philosophy, “Does the karma doctrine undermine the incentive for moral education—because all suffering is deserved and the consequence of past lives, why learn anything when the balance sheet of karma from past lives will determine one’s action and sufferings?”3 Let’s look at a comparison of these karma teachings and those of our Creator God. 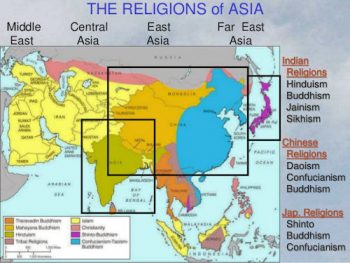 In some Asian and Far Eastern religions, reincarnation is a rebirth into a new body and a new form of existence that is entirely different from one’s previous life; you are coming back as a different man or woman than the one you were before (or maybe even a lesser animal). The previous woman or man stays dead, and your soul is born afresh with a different body and a new distinct identity.4

But in the Judeo-Christian Holy Bible, we are taught of a resurrection in which the human being remains the same human they were before. There is a direct relationship between the physical body that dies and the body that physically rises.5 After Jesus was resurrected and he appeared to his disciples, he said, “See my hands and my feet, that it is I myself. Touch me, and see. For a spirit does not have flesh and bones as you see that I have,” (Luke 24:39, ESV).6

The doctrine of karma teaches all suffering from doing bad is deserved and the consequence of actions in past lives; in each succeeding life, you get the result of what you merit from the past lives. The Bible, on the other hand, explains that suffering is caused by evil in this lifetime and not carried forward to us from any previous life. And it is possible for good people to sometimes suffer when it isn’t their fault. Look at what happened to Job! In fact, the Bible book of Job “is all about why people suffer, especially godly people. The moral is to have patience, endurance, and faith and put your trust in God.”7

Another difference of karma and God’s real world is karma’s implication of a prearranged destiny and the lack of free will—that our soul carries on from the point we left in our previous life and is moving in a prearranged direction. The Bible teaches that we have free will to do good, as well as to do evil. We can change from one to the other in this life. We are in charge of our own path. 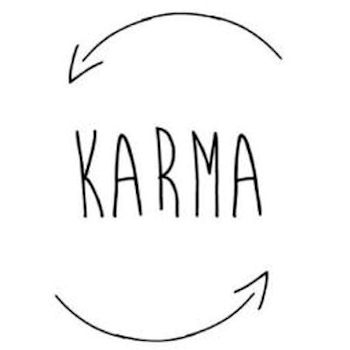 Through his prophet Ezekiel, our LORD disposed the misconception that God holds the succeeding generation accountable for the sins of the previous generation.8 “Therefore, you Israelites, I will judge each of you according to your own ways, declares the Sovereign LORD. Repent! Turn away from all your offenses; then sin will not be your downfall. Rid yourselves of all the offenses you have committed, and get a new heart and a new spirit,” (Ezekiel 18:30–31 NIV).

About the only thing God’s word has in agreement to the doctrine of karma is “we reap what we sow,” but even here there is a slight difference. In the ancient Indian epic poem9 by the sage Vyāsa,10 it states, “As a man himself sows, so he himself reaps.”11 But this karma quote implies, from the supporting evidence, that the sowing and reaping could carry over from their past lives into their new lives, while the Bible specifically means in your life now, and continuing in your own life again, when finally resurrected.

“Do not be deceived; God is not mocked, for you reap whatever you sow. If you sow to your own flesh, you will reap corruption from the flesh; but if you sow to the Spirit, you will reap eternal life from the Spirit. So let us not grow weary in doing what is right, for we will reap at harvest time, if we do not give up. So then, whenever we have an opportunity, let us work for the good of all, and especially for those of the family of faith,” (Galatians 6:7–10).

In this scripture, “Paul was talking about not being deceived or led astray or wander off course. Don’t let outside influence sway you in the wrong direction . . . If we sow to satisfy our old nature, we will become corrupt and be destroyed. If we sow to please the Spirit, we will grow in holiness and reap eternal life. It’s our decision.”12

I hear many Christians using the word karma. They usually do so because karma has become, sort of, a buzzword in modern American slang usage, meaning “we reap what we sow—the evil someone does, will eventually come back to them.” I understand this, but I tend not to use that word, because some people may assume I am a believer of non-Christian concepts. I wouldn’t want to make my Christian brother or sister think I fell from my faith and therefore make them stumble. As Jesus said, “If any of you put a stumbling block before one of these little ones who believe in me, it would be better for you if a great millstone were hung around your neck and you were thrown into the sea” (Mark 9:42).

If we are the recipients of wrongdoing by others, it would be better and more productive, spiritually, to forgive than to wish revenge or desire that they will soon get their due. Yes, in the end, we will get what is deserved, good or bad, but for those doing evil now, we should hope and pray that they will repent, rather than being pleased by their possible punishment. What would Jesus do?