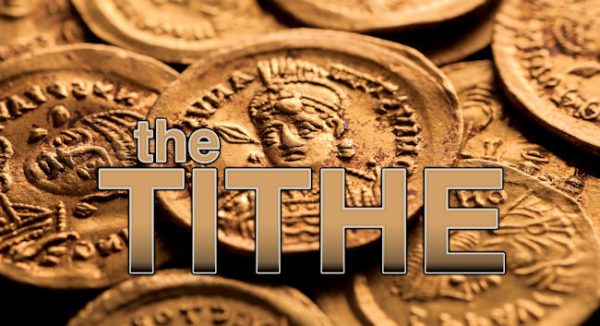 Have you ever heard a Pastor tell his congregation that it is not necessary to tithe? Well, although I may get a lot of criticism for writing this article, let me state right here and now that there is no New Testament authority for mandatory giving of money to the Church. Tithing was part of the Mosaic law, but Christians today are not subject to that detailed group of several hundred laws—but only to the basic Ten Commandments of morality.

Let us take brief look at the meaning and history of tithing. According to the dictionary, tithe means a tenth part of something paid as a voluntary contribution or tax, especially for the support of a religious establishment.1 Records show that in the ancient past it was not always voluntary, but sometimes mandatory, too. 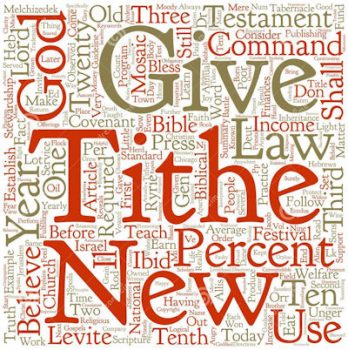 Tithing is an activity rooted deeply in the history of the human race, and believed by many to have been in existence even before the time of Moses. The Pentateuch (or Torah: Genesis, Exodus, Leviticus, Numbers, and Deuteronomy) lists legislation concerning involuntary tithes. These mandatory laws demanded inclusion of seed, crops, fruit of trees (including oils and wine), and animals of the herd or flock. And the Talmudic law includes exacting detailed instructions concerning precisely the proper portions and content.2 So most tithing was generally a portion of personal goods, stock, and crops (processed or not). Tithing of gold and silver or other metals was not normal, unless it came from production (e.g., mining).

Early on there were, in fact, two tithes; one which was required and one voluntary. The required law of tithing was for the support of theocratic Israel and the voluntary tithe was to help the poor. There were, from time-to-time, other tithes for certain specific reasons, but they should not be considered as normal repetitive actions. One example of such a tithe was when Abraham gave Melchizedek one tenth of everything (Genesis 14:20) or when Jacob made a vow to give one tenth of everything he possessed to God (Genesis 28:20-22).3

Some historians suggest there were three tithes (at least for a time) and the “Jewish scholar, Flavius Josephus, mentions the custom of paying three tithes: ‘In addition to the two tithes which I have already directed you to pay each year, the one for the Levites and the other for the banquets, ye should devote a third every third year to the distribution of such things as are lacking to widowed women and orphan children.’”4

In New Testament times, Jesus, being a Jew, faithfully lived by the Mosaic covenant and even affirmed the tithe, but that was before the commencement of a New Covenant after his death and resurrection. The New Covenant is a Christian theological teaching that the person and work of Jesus Christ is now the central focus of the Bible. Basically, after Jesus’ resurrection, the old laws were replaced with the new Law of Christ,5 which most commentators say is the law or principle of love which Jesus taught.6

The purpose of the old Mosaic covenant law was to expose sin—the purpose of Jesus’ new covenant is to defeat sin.8 Being under this new covenant, we are now not under the old law, but under a time of Grace.9 “For sin will have no dominion over you, since you are not under law but under grace” (Romans 6:14, NRSV).10 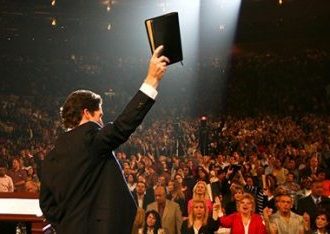 New Testament scripture does not command Christians to give a tithe, and it is scripture, not tradition, that is our rule and authority. But that does not mean we should not support those that teach and preach. We enjoy the good things God gives us and we are called to be generous to those who are in need.

Voluntary donations to help provide the basic or suitable needs of religious institutions is acceptable, but to demand regular payments, or charge a fee for spreading the Gospel, or even implying it is an obligation to do so, is not acceptable. When Jesus sent out his apostles to teach, preach, and minister to the people, he said, “You received without payment; give without payment” (Matthew 10:8).11

Look around the Christian world today, there are many churches organized, chartered, and incorporated as big businesses designed to be money-making machines. They try to make you think they can’t operate without your help and keep begging and pleading for your money—and they get it. Television preachers point out that tithing doesn’t have to go to a local church, you can fulfill your obligation by sending the money directly to them.

Many churches not only want your tithe, but want you to put it in writing that you will continue to do so. They purposely make you feel guilty if you don’t give at least ten percent and, if you are fortunate to have a high income, they even expect more than that. In reference to this matter, our music video to accompany this article is about Christian television preachers who keep asking for money. See ‘Conclusion’ at end for further information.

Today, tithing is generally regarded, not as produce and livestock, but as spendable money—cash, checks, or bank card charges—and churches also encourage transferring of assets upon death, be it an automobile, home, or other property. Granted, as a Christian, we should help those who teach and preach God’s word, but not to support churches and their buildings designed beyond necessity, or those staffed with people receiving extravagant salaries and perks you would generally only see with celebrity status, large corporate offices, or high government positions. 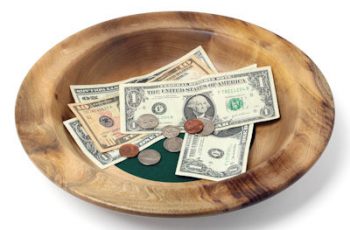 Keep in mind that if you do decide to tithe, the value of your time is a valuable asset, too. An electrician that makes twenty-five dollars an hour at his place of work, should be able to count the time he spends fixing the church’s electrical problem as part of his tithing donation.

The apostle Paul gave a lot of attention to charity, but he never used the word tithe. Many ministers, church leaders, and preachers keep proclaiming the popular expectation that giving should be a systematic weekly tithe.12 They sometimes imply that the tithe is an entitlement to the church.

Jesus recommended giving, yet nowhere in the New Testament “is the tithing rule urged for this purpose or for charity. Instead, giving must be spontaneous, the amount governed by what a [person] has” as stated in the Pauline letter at 2 Corinthians 8:1–15.13 If you feel like you should tithe, that is wonderful, and your are encouraged to help. Just remember it is not mandatory to do so. Give with your heart, not because of undeserved pressure or  guilt.

The preachers who pressure viewers to send in money remind me of a song performed by Ray Stevens, who recorded “Would Jesus Wear A Rolex” back in 1987. This presentation was part of an interview Steven was having with Ralph Emery on the television program ‘Nashville Now’. Selected lyrics are below and the video is listed in References & Notes.14 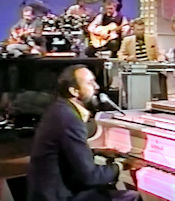 Woke up this mornin’, turned on the TV set
There in livin’ color, was somethin’ I can’t forget
This man was preachin’ at me, yeah, layin’ on the charm
Askin’ me for twenty, with ten-thousand on his arm

He wore designer clothes, and a big smile on his face
Sellin’ me salvation while they sang Amazin’ Grace
Askin’ me for money, when he had all the signs of wealth
I almost wrote a check out, yeah, then I asked myself

If He came back tomorrow, well there’s somethin’ I’d like to know
Could ya tell me, Would Jesus wear a Rolex on His television show

1 thought on “Are Christians Required to Tithe?”