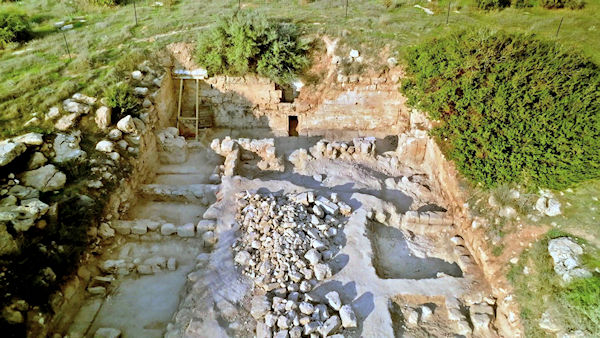 The name of Salome, one of the midwives attending Jesus’ birth, has been found written within a cave in Israel.

The four thousand square feet (372 sq. meters) cave was constructed around two-thousand years ago and is one of the most impressive ever discovered. First discovered in the 1980s, it has recently been connected with Salome who, according to a Christian tradition, was one of the midwives, who was called to participate in the birth of Jesus. While indications are that it is a burial cave, inscriptions inside provide evidence that in later years after our Lord’s life on earth, the site was converted into a Christian chapel dedicated to Salome.1

“The name ‘Salome’ (or in Hebrew: Shalom or Shlomit) was a common Jewish name in the Second Temple period.”2 While her name is not mentioned in the regular Christian gospels, the apocryphal Gospel of James makes mention of Salome as one of two midwives attending at the blessed event.3 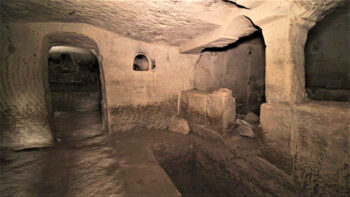 Salome is regularly depicted in the Orthodox Nativity of Jesus. She was considered as one that could not believe a virgin was about to give birth, but soon discovered her thoughts were wrong. Upon discovering Mary was indeed a virgin, “Salome made trial and cried out and said: Woe unto mine iniquity and mine unbelief, because I have tempted the living God . . .” (Gospel of James, 9:3).4

This elaborate ancient family tomb is displayed in a short video (less than two minutes long) presented by the Israel Antiquities Authority, which gives an overview and explanation of the excavation discoveries at the Cave of Salome.5