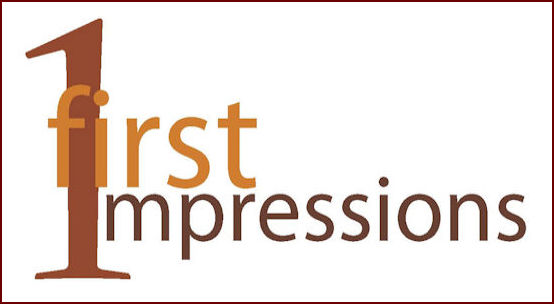 One of the internet podcasts I regularly listen to is “Health Ranger Report” with Mike Adams. He was invited to give a presentation at the recent ‘Health and Freedom Conference’, held at Rhema Bible Training College1 in Tulsa, Oklahoma (USA). During the podcast episode I was listening to, he told about his experiences back stage, where he experienced many things going on behind the scenes.

This was a three-day event with top named speakers like Mike Flynn, Lin Wood, Mike Lindell, Sidney Powell, Charlene Bollinger, Jim Caviezel (he played Jesus in The Passion of the Christ movie), and many other celebrities and powerful people. Most everyone there, speakers, audience, and workers were politically conservative and Christian.

Adams mentioned that God gave him many lessons during his three day attendance and one of those lessons reinforced the idea of not judging people from a first impression. This happened by watching a man named Chris. He told that story, which I will paraphrase as best I can. 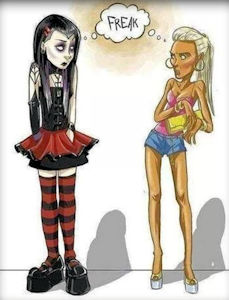 Adams said, “Chris had golden spikes on his shoes, he was rocking with a Mohawk hair cut, and he had a square jaw face, and expressed a jubilant personality. Obviously, he was a body builder, who had turned his body into a sculpture of fashion. If you had seen him in an airport, just walking through, and judged him by how he looked, you would not have thought he was on his way to a Bible conference, but you may have thought he was some far-left liberal who supports the LGBTQ community and, maybe, other various social justice movements.”

But Adams explained that Chris proved this impression completely wrong. He was part of the conference and had the most important job back stage — he was the Media Connector. It was his job to help connect the media people with the speakers, so they could get interviews for television and streaming broadcasts and the print media. Adams explained that this man did an amazing job and everyone thought he was the most pleasant and helpful person there. Chris not only did his job with excellence, but was completely comfortable amidst working with this back stage group of conservative Christians, and they were completely comfortable with him.

This event was mask free, and most participants carried concealed weapons. There were plenty of top-level security people everywhere (ex-military and other certified protection personnel), because of threats received. I bet that conference venue was the safest place to be in all of Tulsa that weekend — I assure you this would not have been a comfortable place for any liberal or socialist, or any other so called ‘woke’ attendee. Anyone interested in listening to Adams’ humorous comments about this and other lessons he learned, you can find the podcast link in References & Notes at the end of this article.2

As a side note, I’ve written two articles concerning my personal Christian view of carrying weapons and gun control in this current world, ruled by Satan. If interested, please seen the links in References & Notes.3

Adams said the message he got from God reinforced the idea to never judge people by the way they look, but only by what is in their hearts. Of course, he is right, because Jesus said, “Stop judging by mere appearances, but instead judge correctly,” (John 7:24, NRSV).4 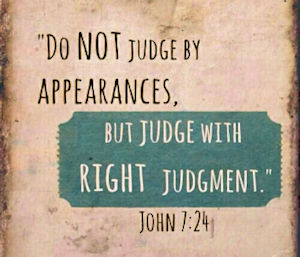 Let no one misconstrue these words of our Lord, as prohibiting all forms of judgement.5 Notice that the Holy Bible does not say we cannot judge people, but that if we do, we must do so carefully and for the right reasons, and not judge hastily. “Do not judge, so that you may not be judged. For with the judgment you make you will be judged, and the measure you give will be the measure you get,” (Matthew 7:1-2).

Jesus is teaching us that we must be discerning Christians. “He never intended that we abandon our critical faculty or discernment.” The New Testament gives many examples of legitimate judgement of the conditions and conduct of others.6

There is, however, a mechanism for dealing with such things, we can’t just jump to conclusions and blurt out our first opinion. In the Old Testament, King Solomon said, “If one gives answer before hearing, it is folly and shame,” (Proverbs 18:13). Likewise in observing people, know the person before making judgement, because judging by a first appearance is folly and can bring shame. Just as Mike Adams learned, it is the spirit that lies in the heart that should be judged, not the appearance of a person’s outer shell.

I understand how first impressions work, for I’ve experienced it personally. When I reached my early fifties, I let my hair grow again (I had long hair in earlier years). So, for about twenty years of my later life, I wore my hair in a pony tail and sported an earring in my left ear lobe. Needless to say, I wasn’t the image of the normal Christian minister that most people expect to see. When I was in my early seventies, I decided to cut my hair, but I still wear the earring. Anyway, I experienced how a first impression by someone affects their attitude.

I knew many people, when first seeing me, would think, “that guy is weird,” but that was okay. If they waited and studied my character before passing judgement, they might still think I was weird, but otherwise a decent guy. And that is all I ever expected, as I’ve always marched to the beat of my own drum.

It is true our original assessment can impair our perception, but this does not mean we should ignore first impressions. The first impression is just the first step in deciding what we think of someone, just don’t let it be the only impression we file away in our mind. Even Christ was judged inadequate (by the Pharisees) — a definite a case of hypocritical judging.7

Be patient and discerning. Not all long-haired weird men are dope smoking druggies (I’m not) and not all tattooed women are sluts (my wife isn’t). A study shows people like my wife and I are generally evaluated more negatively than many others,8 because of first impressions. Build your judgement of someone over time. Give them a break for being a little different.

Judging others by a first impression is similar to judging a book by its cover, and we all know how disappointing that can be. Incorrect first impressions can also have significant social consequences, so we must be careful. Jesus did not intend to prohibit all acts of judgement and he commanded believers to discern the actions of others. What Jesus condemned is hypocritical judgement that focuses on the faults of others, perceived or real, while overlooking our own defects, deficiencies, and oddities. “Jesus warned that those who use a harsh standard of judgment when evaluating others can expect God to use the same harsh standard when they face his judgment.”9

The selected song for this article fits rather well. It was inspired by true stories over the years that are still relevant today. I’m sure this will resonate with many readers — maybe even from your own experiences. The song is “Outsiders” and is by the Christian reggae band, ‘Christafari’. This group did a fantastic job with this message about first impressions within church communities, so don’t miss viewing it. Selected lyrics are below and the music video is listed in References & Notes.10

→ Leave comments at the end, after ‘References & Notes’.
You can see our basic rules for comments by clicking “The Fine Print” on the top menu bar. Your email address will NOT be published.