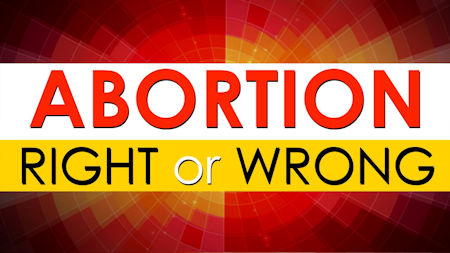 Our country, like many others, is divided over the issue of abortion. You may be pregnant and thinking of getting one, or you may know someone who is, and you want to know what God thinks about this avenue to problem solving. Many people will try to decide this problem for you, but they all have an agenda and may bring up scripture as a way to sway your belief. If that is the case, this article will help you in knowing exactly how much God values the unborn child. Or, maybe you have already had an abortion and endure the shame of that decision — if so, then the end of this article is for you — but we will start with a short history of how this divisive abortion issue got started.

Planned Parenthood, along with the women’s liberation movement, began a crusade to deregulate abortion laws in the 1960s. Their battle paid off in 1973, when the ‘Roe vs. Wade’ Supreme Court decision was the causation for abortion to become legal in the United States. This landmark case reshaped American politics concerning pregnancy rights and split the country into pro-life (a right to life) and pro-choice (a right to abort) groups, which are still debating and fighting the issue well into this 21st century.1

The pro-life group is composed of a majority of faith-based conservatives, whereas the pro-choice group is composed of a majority of liberal-minded progressives. Both use many tactics to try to show that the other side’s opinions are wrong, including the use of religious debate. Foremost in the pro-choice attack is to use part of the Mosaic Law at Exodus 21, as proof that God’s word regards the unborn as not very worthy of protecting. This is the Bible selection in question.

When people who are fighting injure a pregnant woman so that there is a miscarriage, and yet no further harm follows, the one responsible shall be fined what the woman’s husband demands, paying as much as the judges determine. If any harm follows, then you shall give life for life, eye for eye, tooth for tooth, hand for hand, foot for foot, burn for burn, wound for wound, stripe for stripe. (Exodus 21:22-25, NRSV). 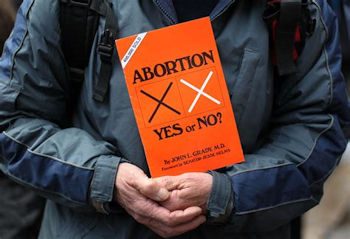 This passage concerning violence appears, at first view, to picture a situation where two people are fighting and an innocent pregnant woman, maybe a wife of one of the fighters, is struck, and the blow results in a miscarriage. If there is no further injury, only a fine is demanded, but if the mother is injured, then punishment to the one responsible was an injury of the same kind as was given.

This translation does seem to support the pro-choice conclusion that an unborn person is not as worthy of protection as is an adult.2 Basically, the pro-choice argument contends “that if the child dies, but the woman is okay, then there is only a small fine. If, however, the woman is injured, then there is a serious penalty. This, they contend, shows that . . . the unborn child [is] something less. They further argue that this demonstrates that the Bible is largely unconcerned with the life of an unborn child.” But, as we shall see, “the evidence of language, context, and history all point together to the fact that this passage upholds the value of unborn human life and provides grounds to condemn abortion.”3

So, was this situation that of a miscarriage (abortion/fetal death) or expulsion of a premature, but live, fetus (birth)? Let’s examine the Hebrew words which were interpreted to gave the above translations. The two Hebrew words used for all (miscarriage, birth prematurely, children come out, fruit depart, etc.) are the same. They are yâtsâ,4 meaning ‘bring forth’ and yeled,5 meaning ‘something born.’ It is the translator’s job to make the determination of which English words to use. Most translators think that ‘miscarriage’ is not the proper translation, even though the causation was produced by violent impact.

Author and religious traditions expert, Greg Koukl, wrote: “Nothing about the word yâtsâ implies the death of the child. Yâtsâ is used 1,061 times in the Hebrew Bible. It is never translated ‘miscarriage’ in any other case. Why should the Exodus passage be any different?” It is the Hebrew noun nêphel6 which means “miscarriage” or “abortion” and it is not used in Exodus 21:22-25.7 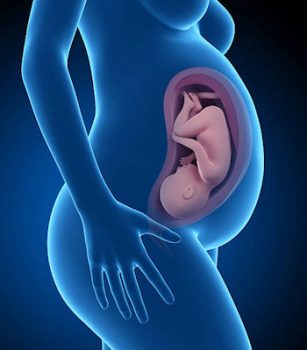 Now, let’s examine the idea of injury or harm. It is not true that an injury to an unborn child is appraised of lessor value than that of an adult. In the Hebrew text, the one harmed may be understood as the fetus or as the woman. But in the Greek Septuagint,8 it applies explicitly to the harming of the fetus. In the context of harming the unborn, it associates a penalty for the harming or death of the unborn.9

One prominent Bible scholar, Gleason Archer, Ph.D., states that verse 23 “goes on to make it plain that the offender would forfeit his own life if he had caused the infant to die.”10 And Dr. Russell Fuller, professor of Theology and Religious Studies, at University of San Diego, argued for the personhood of every fetus by stating: “Consistent with the culture and society of the ancient Near East, the Exodus covenant code also refutes the argument that differences in punishments imply differences in personhood by showing various legal statuses…. It is a yeled, a human being, a child, a fetus with personhood…Exodus 21:22 does not indicate that the Bible values the fetus as less than human, or as non-human.”11

The penalties mentioned are an important part of the law. The ‘life for life, eye for eye, tooth for tooth,’ “is sometimes misunderstood as a barbaric justification of personal vengeance and maiming. On the contrary, it expresses the just principle that judicial punishments should fit the crime, thereby limiting permissible punishment. One who is responsible for the loss of another’s eye deserves, in principle, to give up his own eye. In practice, however, the offender ordinarily would placate the aggrieved party by paying an amount proportional to the degree of the maiming” as a substitute.12

I believe that this study establishes that what the pro-choice group says about Exodus 21:22–25 is made, not with truth or logic, but only with an agenda to manipulate opinions. After scholarly investigation, this treatise proves that God places as much value on the fetus as it does on the mother or any other person.

What if you already had an abortion?

If you have been thinking of having an abortion, hopefully this information is of value to you. But, if you have already had an abortion in the past, you probably wonder if you will ever be able to cope with that decision — maybe even more so, after reading this article. Abortion is a difficult emotional experience for any woman to go through. It’s not just the trauma of the procedure, but also the additional hurt that comes later. You may be dealing with remorse and guilt that sap all the joy out of your life; you can’t forgive yourself and feel like you need to be punished for your sin. How can you ever expect to be forgiven? You can’t imagine how you will ever get past this dilemma.

First you need to know that you are not an evil person. You are not a baby hater. You have not lost the ability to be a great mother. You are human and you made a mistake. You are just like everyone else in this world — we are all human and we all make mistakes. We all have weaknesses and we all have failures. We are all sinners.13

So, if you are a woman who is dealing with the guilt of having had an abortion, then you need to know that you can be forgiven. Christ has paved the way for you to receive forgiveness and healing. You can be freed from the depression, and you can have an individual relationship with your creator, too. All this just by sincerely confessing your error and then repenting in prayer. He will forgive you, even though knowing precisely what you did, because he still loves you and always will.

Sometimes we are not willing to accept forgiveness because we feel it isn’t deserved, but the forgiveness he offers is a free gift. Just pour out your heart to God and ask for help and he will bring a real joy and peace back into your life. There is no better time to mend that relationship than right now.

8. Author’s note: The Septuagint is considered, by many scholars, on equal standing with the Hebrew text. This ancient text (a copy of which was found among the Qumran Scrolls in the Dead Sea) was utilized by Jewish scholars, Philo and Josephus, and is used as the basis for many modern translations.
“Septuagint,” (Wikipedia, Wikimedia Foundation, Inc., 22 March 2018), https://en.wikipedia.org/wiki/Septuagint

13. Slick, Matt, “Are you a Christian woman who has had an abortion?” (Christian Apologetics & Research Ministry, CARM.org, 12/9/2008), https://carm.org/are-you-christian-woman-who-has-had-abortion