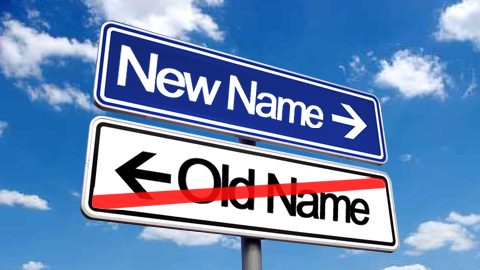 I have covered some of this biblical information about people’s names in bits and pieces of other articles over the last few years, but never consolidated the data into a study of its own. We will look into how people’s names during bible times were chosen, and more importantly, why were they sometimes changed into something completely new.

Generally, people had only one name, during biblical times. To distinguish between people of the same name, a description was often used. Jesus was a common Jewish name in Judea, so our Savior was called ‘The Nazarene’, after the city in which he lived.1 Likewise, the Mary from the town of Magdala2 was called ‘The Magdalene’, hence she became Mary Magdalene. However it is not the issue of descriptive additions that this article is about, but how people got their individual given names.

As it is in selecting first names today, parents in biblical times were usually the ones to name the newborn, and to answer why a particular name was chosen, we need to examine the things that motivated their selection. Most choices fell within particular categories, as mentioned below from the book Baker Encyclopedia of the Bible.

(1) To some aspect of a person’s birth. Moses was so called by his adoptive mother because he was drawn from water, hence the Hebrew verb for “to draw out” (Exodus 2:10).
(2) To express parental reactions to the birth. For example, “Isaac” means “laughter” (Genesis 17:17; 18:12).
(3) To secure the solidarity of the family (Luke 1:59).
(4) To reveal the nature, function, or a significant matter about the child. “Jesus” is a prime example, being named for his mission of saving his people (Matthew 1:21).
(5) To communicate God’s message. The name “Isaiah” (Shear-jashub) means “a remnant shall return” [many dictionaries shorten this meaning to ‘Yahweh is Salvation’].
(6) To establish religious affiliation. All the names in the Bible with the endings of -iah (the LORD), or -el (GOD) refer to the true faith of the person or parents. Examples are “Jeremiah,” and “Nathanael”.3 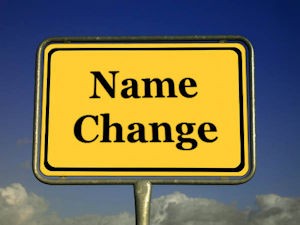 There are times when someone’s name was later changed, too. When Sarai’s name was changed to Sarah (Genesis 17:15), it revealed an important change to her nature or status, especially in relation to God. This happened to her husband, also, when God changed his name from Abram to Abraham, because he would become the “father of a multitude of nations” Genesis 17:5).4

A new name may indicate a new character and relationship with God, as with Jacob who became Israel (Genesis 32:27), and in the New Testament, when Simon became Peter (John 1:42). Another reason for a name change was to align a person to a new loyalty.5 This happened to Daniel and his friends when they were captured by the enemy.

Upon arriving at the enemy’s palace, Daniel and his friends were given new names, because their Hebrew names were testimonies not only to their nationality, but also to their religion.6 Since their names indicated their religious alliance (in each case, the Hebrew name contained a name of the true God: either el or iah, abbreviations for Yahweh). Their new Babylonian names would contain the names of a pagan god. To be allied with the Chaldean culture, Daniel became Belteshazzar, Hananish became Shadrach, Mishael became Meshach, and Azariah became Abednego.7 This wasn’t just a Hebrew tradition, it was also a long-standing custom throughout the middle east to change one’s name at some outstanding event in their lives.8

“In Eastern countries a change of name is an advertisement of some new circumstance in the history, rank, or religion of the individual who bears it.” The change can be made in a number of ways: by the original name being entirely dropped for the new one, or by consolidating the new with the old; or maybe just adding a few letters.9

Often, royalty from Assyria, Judah, Egypt, and China took different public names when they took the throne. In Europe, it is sometimes traditional for a new Pope to take the name of a former Pope, if he wished to emulate them (especially since Mercurius was named Pope and thought it bad form for a Catholic Pope to have the name of a Roman god).10

I Will Give You a White Stone With a New Name 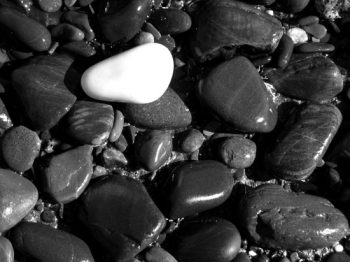 In the new age to come, Jesus said all those that have accepted and followed him faithfully in this life, will receive a new name for eternity. “Let anyone who has an ear listen to what the Spirit is saying to the churches. To everyone who conquers I will give some of the hidden manna, and I will give a white stone, and on the white stone is written a new name that no one knows except the one who receives it” (Revelation 2:17, NRSV).11

“In antiquity a white stone was used as an entrance ticket, or voting piece.”12 In some ancient court systems there was a practice of jurors using black or white stones to vote for condemnation or acquittal of a defendant.13 In this respect, we are all guilty of sin and deserve the penalty of death. But Jesus has taken our sin upon himself and those worthy of overcoming will be voted not guilty and issued a white stone with our new name. Here it guarantees us entrance into God’s kingdom.

1 thought on “Why did some ancient people get their name changed—and what is that about a white stone and new name for us?”