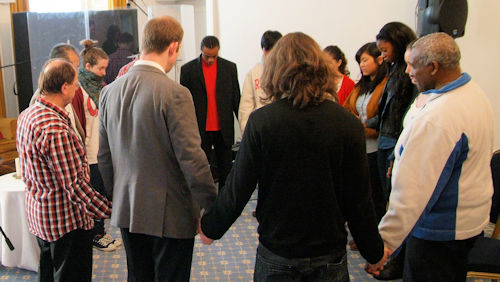 Our Lord Jesus, gave us a model prayer1 in his Sermon on the Mount, and most Christians follow his example when petitioning God, either privately or publically. In steps, we pray to: (1) praise and bring honor to God, (2) ask that his will and kingdom be forthcoming, (3) give thanks for the necessities of life, (4) ask for forgiveness of our sins, as we forgive the sins of others, (5) ask for the strength to resist evil, and (6) be granted any personal and/or group favors which are important at the time. At the end of our solicitation we say “in Jesus’ name, amen” and fully expect to hear “amen”2 echoed from the group or congregation. Go into most any Christian church or Bible study meeting and you will probably hear this outline being followed. It may sometimes get lost in a flurry of words or be in another order than mentioned above, but it is there, nonetheless.

There is, of course, nothing wrong with mentioning these things in our prayers; it is often good to do so, otherwise such an example would not have been left for us. As someone stated, “undergirding all of these is the recognition that men depend upon God for all good things.”3 This outline, however, has basically become a formula, so important to some, that if it is not followed they feel the prayer is not an acceptable one to God.

At a recent Bible study meeting I attended, a member was called upon to give the opening prayer. Anyone could see from his expression that he was not really thrilled with being selected, but he, nevertheless, stood and delivered, what most regarded was an acceptable prayer from his heart. But at the end of the prayer, before he could even sit down, an elder, obviously citing what he thought was an omission in technique, spoke up with, “and let’s not forget to say that we all need help avoiding the many temptations of this world. Amen.”3

One can just imagine what thoughts this member may have had concerning this public reproach. For one thing, I’ll bet that person will never again forget to ask to be led away from temptation, but that is not the point. Although that was an isolated instance, it is the trouble with our prayer, today. Christians, many times, are taught that prayer must be in a particular format to be beneficial; that if it does not follow the commonly accepted form, God will not recognize it as being proper. It is true that for a request to be granted, it must please God, but that does not mean that our prayers must be constructed using a formula. We should know that, reasonably, God is not “out to get us” on a technicality. 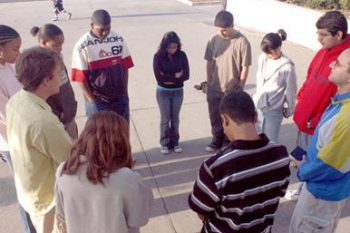 When questioned about this problem, people most often say that they feel under pressure to remember “the formula” when called upon for prayer, instead of speaking aloud what they feel in their hearts. They are afraid of missing a point and having someone bring this to their attention — possibly in public. So, what is usually given in such a situation, is not a prayer to please God, but a prayer to please those around them. Real sincere prayer is the furthermost thing from their mind. So, who is to blame? In a way, we all are. In trying so hard to cover the points spoken of in Matthew 6:9-13,4 we sometimes completely miss the point in Matthew 6:7 that says, “And when you pray, do not keep on babbling like pagans, for they think they will be heard because of their many words” (NIV).

It is evident that the Lord’s prayer, as given during the Sermon on the Mount, was only meant as an example. This is evidenced by the fact that elsewhere in the Bible it is shown that the disciples, and even Jesus, himself, did not strictly adhere to those specific words or thoughts when praying. And, in Romans 8:26, 27 we are shown that Christians, under certain circumstances, need not or will not know exactly just what to pray for, but the Spirit will intercede for them.

Sincere Prayer Will Be Heard

Those references are all that we need in order to know that our prayer, no matter what we say, will be heard if it is sincere. We can correlate prayer with the episode of the poor widow5 who contributed into the treasury out of her poverty and not out of her abundance, like everybody else. Likewise, with our prayer, it is the intent, not the content, that is important.

The shy person who stands, in a meeting or during some congregation assembly, and simply, but sincerely, says, “Lord, we love you and ask that you please bless this meeting” says much more than the person who rattles on for five minutes making sure all possible prayer points are covered, among other things. It is important that our fellow Christian members realize that they are not being put in the hot seat, so to speak, when called upon to offer prayer. They need to know that, whatever they say, it is acceptable not only to everyone present, but to God, also.

We can all help to set the example for one another. Let each of us make sure that our prayers are sincere and not just efforts to speak words, which we feel are necessary, to properly round-out the message. After all, who are we fooling? Who cares if we miss a minor point or two, our goal is not to become public speakers with embellished messages, but to build a sincere relationship between ourselves and our heavenly father.

(Leave comments at the end, after References & Notes.)

2. amen (from Old English): used to express solemn ratification (as of an expression of faith) or hearty approval (as of an assertion), (Merriam-Webster Online, Merriam-Wester, Inc., 2015), https://www.merriam-webster.com/dictionary/amen

4. Matthew 6:9-13 indicates the prayer example, as given by Jesus, during the Sermon on the Mount.

1 thought on “The Trouble With Christian Prayer”