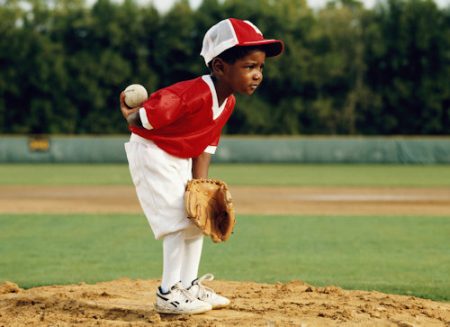 The weather has been kind in the Pacific northwest recently and Spring has brought the area into full bloom. All through winter I dreamed of the warm and sunny days ahead, when I could take comfortable slow walks around the neighborhood and watch as people spent more time in the outdoors. During my first glorious Sunday walk of the season, I saw some youngsters playing baseball in a nearby park. I sat on a bench to rest as I watched them play.

Observing these children brought back a flood of memories of my own youth when I lived in the south during the 1940s and 1950s. In those childhood years, baseball was the most popular national sport; it would be some time before professional football crept into first place. 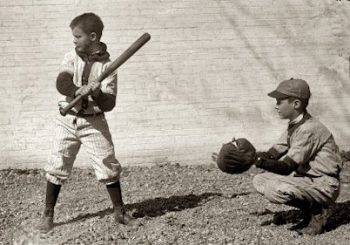 I noticed their nice baseballs, bats, and gloves, but remembered that most of the kids in my old neighborhood were poor, like I was, and we had to “make do” with less than perfect things, most of the time. Like my friends, I wore clothes that were “hand-me-downs” and even our play things were usually the cast-offs from others. One of the boys in our group had a bat that was given to him by his older brother, but organizing an actual ball game in the local vacant lot was not possible, as we had no real baseball.

So, I vividly remember the day that my best friend brought home a real baseball that was discarded by our town’s minor league team, because it was defective. The ball, although fairly new, was a bit lopsided and its weight “off the center”, but for us kids it was wonderful because we could now play a real game.

Through trial and error, we soon learned that the ball traveled in a natural curve when thrown. At very short distances the error was negligible, but the further away it was thrown, the greater the error in missing the target. We learned to put up with the flaw by compensating for the error when pitching. We continued with our games and before long we forgot that the ball was defective; we got used to the adjustments we made and, in time, we became quite good ball players, too. 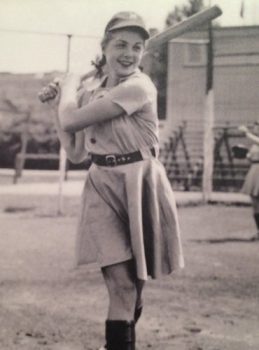 Those were the memories that I had as I watched those children play in the park. Thinking about this brought to mind how false religious doctrine is similar to my childhood experience. Like the lopsided baseball, at first the error seems slight, but over distance the flaw is compounded until it misses its target by a large margin. And, like the baseball game, people tend, over time, to compensate in their other beliefs to fit the flaw until they are comfortable with it. The false doctrine becomes the “accepted truth.”

We need to remember that each bit of information that is picked up must be examined to make sure it isn’t “off the center”. We don’t want to become comfortable with error. When in doubt, do as the Bible says, “test everything that is said. Hold on to what is good. Stay away from every kind of evil” (1 Thessalonians 5:21-22).1

Today, many Christian religions and churches are preaching and teaching with lopsided doctrines and their followers have adjusted their beliefs to accept the flaws as correct. Be careful, for it is very important not to be led astray with false doctrine. “Serve only the Lord your God and fear him alone. Obey his commands, listen to his voice, and cling to him. The false prophets or visionaries who try to lead you astray . . . they encourage rebellion against the Lord your God” (Deuteronomy 13:4-5).

A Christian scholar and author, Charles Ryrie, said “false doctrine, and worldly methods – are all too apparent in some groups today. And our Lord’s warning against them is relevant.”2 Be sure you are being guided by a church or group that teaches the truth – for it really is important to your relationship with God.

(Leave comments at the end, after References & Notes.)

2 thoughts on “The Defective Baseball”