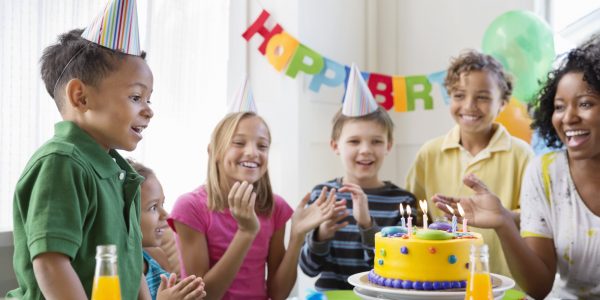 Although there are several minor Christian sects that do not celebrate birthdays, the only major denomination that does not is Jehovah’s Witnesses. Of the organizations that do not, often cited as a reason, is that only two instances of birthdays are mentioned in the Bible and both represented rather gruesome situations that were related to pagan events.

The first mention of a birthday is in Genesis when Joseph was in Egypt and he interpreted the meaning of a dream. The dream included, among other things, the hanging of the chief baker on Pharaoh’s birthday (Genesis 40:20–22).  The other mention is in the New Testament and concerns the beheading of John the Baptist when Herod was celebrating his own birthday. During the party, Herod promised Herodias’ daughter, Salome, any gift she wanted, because he was so pleased by her dancing. At her mother’s urging, she asked for John’s head and she received it – on a platter (Matthew 14:6–10).

Generally, ancient Jews did not celebrate birthdays and, since the first Christians were also followers of the Jewish faith, that is why the annual birth date of Jesus was not celebrated. It should be noted that although the date was not specifically recorded, God did make a big deal of the birth of his son. The Romans did celebrate the birthdays of their gods and it is understandable that prominent men felt their own birthdays were as important as those of the gods. Over time, other Romans began the same tradition. The Romans kept accurate birth records, therefore they not only knew when people were born, but knew their ages, too. But, as the Roman Empire declined, so did birthday celebrations.

No Christian Background for Birthdays 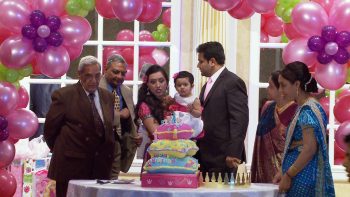 If the birthday doesn’t have a Christian background, why, then, is it celebrated by so many Christian people today? By the twelfth century, the Catholic Church began keeping birth records and, sometimes, children were given the name of a patron Saint at baptism, and by the fourteenth century, this idea was considered an official ritual of the Church. The Saint, whose name the child had, would be his guardian throughout life and would, supposedly, provide protection from evil. Consider the many references to a “guardian angel” and “fairy godmother” in literature for children.

This ceremonial custom was called the “name day” and celebration was considered proper, because it was a day sacred to the Saint – the day of his death. In the Dark and Middle ages, superstition suggested that evil spirits wanted the souls of newborn infants and were, therefore, in constant danger. Only baptism was an effective deterrent. For this reason, early baptism was important and baptism on the day of birth was considered the best defense. As the baptism of infants on their day of birth became common, it is easy to understand how celebrating a person’s birthday became so popular.

Even today, besides Christians and pagans, Satanists are very keen on celebrating birthdays. Anton LaVey, an admirer of Aleister Crowley, was the founder and High Priest of the Church of Satan in the United States. “The highest of all holidays in the Satanic religion is the date of one’s own birth,” he wrote, and then continued “if you are going to create a god in your image, why not create that god as yourself.”2

Considering this information, is it proper for a Christian to celebrate birthdays? Well, let us look at this situation from a proper perspective. There is nothing in the Bible to indicate that the celebration of birthdays is wrong. True the two birthdays in the Bible, mentioned above, concerned only pagan practices. But Christians use other pagan customs which have been fully accepted as genuine Christian practices. Take baptism, for example. Although there is some early biblical mention concerning immersion, most historical references to baptism practices are not biblical in character. 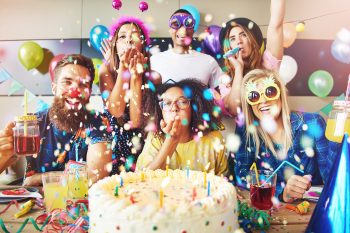 “The practice of baptism in pagan religions seems to have been based on a belief in the purifying properties of water,”3 says one source. It was common that water played an important part in both birth and purification ceremonies. Other cultures that incorporated religious water rites included those in Greece, India, and Egypt. It is also known that the Teutons and Celts practiced such water rituals before any Christian influences reached them, as well as the Maya civilization of the Yucatan.

The history of pagan baptism does not make Christian baptism any less proper. Likewise, the history of pagan birthday celebrations does not make the Christian birthday celebration any less proper, either. And, although an annual birthday celebration was not a practice observed during Christ’s ministry on earth, it is not fitting to attack the practice just because of its non-Christian history. Observing a birth on its annual occurrence can be proper for God’s people and does, indeed, have a scriptural basis. This author believes there is a little known third reference to birthdays in the Bible.

What Did Job’s Sons Celebrate?

Let’s take a look in the book of Job to examine evidence of possible little known birthday celebrations. Now Job was a blameless and upright man who feared God (Job 1:1) and therefore, raised his children properly. Concerning Job’s seven sons, the Bible says this: “His sons used to go and hold feasts in one another’s houses in turn; and they would send and invite their three sisters to eat and drink with them” (Job 1:4). Let us examine how other versions of the Bible translate this verse. 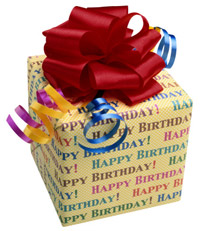 • The Living Bible (TLB): Every year when Job’s sons had birthdays, they invited their brothers and sisters to join them for a celebration. On these occasions they would get together to eat and drink (Job 1:4).
• New International Version (NIV): His sons used to hold feasts in their homes on their birthdays, and they would invite their three sisters to eat and drink with them (Job 1:4).

An academic study Bible states: “The seven sons correlated with seven days might be taken as describing a party that rotated to each son’s home one day of the week, but it is more probable that reference is to their birthdays.”4 Also, a Bible dictionary indicates that the Hebrew word for “day,” as used in this scripture, can also indicate a birthday.5 The evidence indicates that his sons (and probably Job, as well) celebrated birthdays.

No Need for Guilt

Needless to say, birthdays are important in our culture, today. The Bible does not say we should celebrate them, but also, it does not say we should not. There are no commands, rules, or laws, within the Bible, not to do so, unless someone uses some scripture out of context. A yearly celebration is proper for yourself or friends and family. There is no need to be filled with guilt brought upon by well-meaning, but wrongly-informed, members of religious organizations who add extra meaning to the scriptures.

1. Unless otherwise noted, scripture quotations are from the New Revised Standard Version Bible (NRSV), copyright © 1989 the Division of Christian Education of the National Council of the Churches of Christ in the United States of America. Used by permission. All rights reserved.
Author’s note: Bracketed words added for ease of reading/understanding.

6 thoughts on “Should A Christian Celebrate Birthdays?”