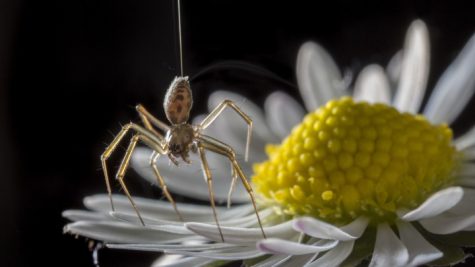 Great are the works of the LORD,
Studied by all who delight in them.
(Psalm 111:2, NRSV)

Although many Christians believe that science has nothing to do with faith, learning the science behind God’s creations can help us understand him as well as his purpose. I’ve said before that our Creator set up this universe with specific physical laws to lay out the reality in which we live. Learning these laws is part of our education so we can understand, not only how great God is, but how to use these discoveries to benefit all of humankind.1

There are some spiders (and other small invertebrates) that use the air for transportation. It was reckoned that they release one or more filaments of silk threads to catch the wind, causing them to become airborne at the mercy of air currents. These windy journeys could take them over vast distances. Many people have reported spiders being caught in ships’ sails more than 1,600 kilometers (990 mi) from land, as well as detected in atmospheric data balloons collecting air samples at nearly 5 kilometers (16,000 ft) above sea level.2 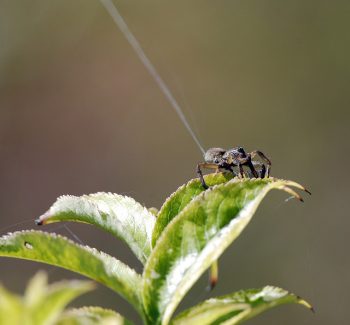 The technical term of this technique is ‘ballooning’ or ‘kiting’ because spiders, without wings, really can’t fly like a bee, but they do use airborne dispersal to move between locations. An early observation of this technique was made by Charles Darwin in his book The Voyage of the Beagle.

On several occasions . . . the rigging has been coated with the web of the Gossamer Spider. One day (November 1st, 1832) I paid particular attention to this subject. The weather had been fine and clear, and in the morning the air was full of patches of the flocculent web, as on an autumnal day in England. The ship was sixty miles [96.6 km] distant from the land, in the direction of a steady though light breeze. Vast numbers of a small spider, about one-tenth of an inch [2.5 mm] in length, and of a dusky red colour, were attached to the webs. There must have been, I should suppose, some thousands on the ship. The little spider, when first coming in contact with the rigging, was always seated on a single thread, and not on the flocculent mass. This latter seems merely to be produced by the entanglement of the single threads. The spiders were all of one species, but of both sexes, together with young ones . . . . On another occasion (25th) under similar circumstances, I repeatedly observed the same kind of small spider, either when placed or having crawled on some little eminence, elevate its abdomen, send forth a thread, and then sail away horizontally, but with a rapidity which was quite unaccountable.3

This has been the standard observed description of how these spiders traveled, until recent scientific research discovered the real mechanics of their flight.

The Real Reason They Get Airborne

Everything seemed logical until the fact that ballooning has been observed when there is no wind, when skies are overcast, and even during rainy conditions. This raised the question: how do spiders take off with low levels of aerodynamic drag? It appeared that further and deeper research would be needed to uncover the mystery of how these spiders do it under much less than optimum conditions. Biologists from the University of Bristol, UK have discovered the answer — electricity!4 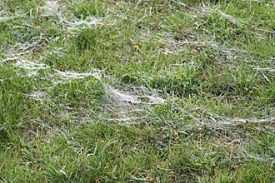 Although proposed in very early years, the electrical idea never could be proved until scientists, Erica Morley and Daniel Robert, found proof that there was an electrical influence required. The spider takes a ‘tiptoe’ stance by elevating its abdomen and starts making “multiple strands of silk that splay out in a fan-like shape, which suggests that there must be a repelling electrostatic force involved.”5 They exposed spiders to an electric field (e-field) in their laboratory, replicating that found in earth’s atmosphere. “They noticed that switching the e-field on and off caused the spider to move upwards (on) or downwards (off), proving that spiders can become airborne in the absence of wind when subjected to electric fields.”6

Works of the Lord are Great

Great are the works of the LORD, studied by all who delight in them (Psalms 111:2, NRSV). Concerning this tiny spider of God’s creation, who can deny the truth of this psalm. Biblical scholar Matthew Henry had these words to say about this psalm: “God’s works are very magnificent, great like him; there is nothing in them that is mean or trifling; they are the products of infinite wisdom and power, and we must say this upon the first view of them, before we come to enquire more . . . there is something in them surprising, and that strikes an awe upon us.”7

2 thoughts on “Flying Spiders: the Mechanics of Ballooning”