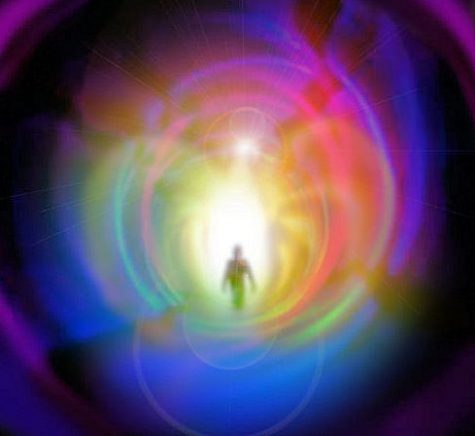 I recently received a letter from a visitor to our website who was writing because an article conflicted with what they had been taught. She wrote, “Jesus said ‘I go to prepare a place for you. And if I go and prepare a place for you, I will come again, and receive you unto myself; that where I am, there ye may be also.’ I’ve always been taught that place would be in heaven. But your article leads me to think eternity with Jesus will be here on earth. Am I understanding you correctly? If so, that brings me to the question of near death experiences — which always seems to take place in heaven. Can you clarify the thinking process behind your article?”

I thank all the readers of my articles for their comments, emails, and letters and I appreciate the thought they put into trying to piece together what I mean, whether their response is “for,” “against,” or just “questionable.” But a proper answer to the questions the writer raised, requires more than a quick, short statement, so I decided to put my thoughts into a new article particularly directed to her inquiries.

My approach to God’s word has always been in trying to follow the logic behind his plan and I’m well aware that many people will reject some ideas on the subject. I am not trying to change anyone’s mind, but only give food for thought, so they can decide for themselves. Anyway, let us investigate the writer’s two questions. First, after death, will we go to heaven, and second, will people actually see heaven or heavenly beings during a “near death experience?”

Will we obtain a place in Heaven?

The writer’s quotation of Jesus’ words was taken from John 14 in the King James Version. The New Revised Standard Version states, “In my Father’s house there are many dwelling places. If it were not so, would I have told you that I go to prepare a place for you? And if I go and prepare a place for you, I will come again and will take you to myself, so that where I am, there you may be also, (John 14:2-3).1

Many people try to use these verses to prove that we go to heaven, but keep in mind that “Jesus said nothing about the nature of the place where he was going. It is sufficient that believers will be with the Father and Jesus.”2 And from that scripture, they make other assumptions, such as understanding the Father’s house only as a dwelling, rather than as a family or dynasty. They also narrowly define place as an ornate abode, a mansion, or a palace, instead of a position, an office, or a role.3 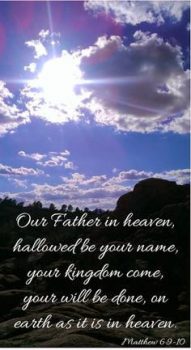 “They gloss over the fact that Jesus says directly in this context that he would ‘come again’. Where? To earth! He then says he will receive the saints to himself. If he remains on earth to rule the nations, then the saints will rule with him on the earth! Many scriptures show very plainly that God’s Kingdom will be on the earth (Psalm 2:6-8; Jeremiah 23:5; Daniel 2:35, 44-45; 7:27; Zechariah 9:9-10; Revelation 11:15).”4 So, this scripture says nothing about us going to heaven, although most people assume it does. Jesus is not referring to a particular location for us to live in heaven; he is referring to a place being “prepared” while he is in heaven. Let’s consider two scripture quotes.

The first, Matthew 25:34 says, “Then the king will say to those at his right hand, ‘Come, you that are blessed by my Father, inherit the kingdom prepared for you from the foundation of the world.’” And Revelation 21:2-3 says, “And I saw the holy city, the new Jerusalem, coming down out of heaven from God, prepared as a bride adorned for her husband; And I heard a loud voice from the throne saying, ‘See, the home of God is among mortals. He will dwell with them as their God; they will be his peoples, and God himself will be with them.’”

The Jerusalem Temple in Jesus’ time was symbolic of the Kingdom of God and the city of a new Jerusalem. So, Jesus was preparing a place for Christians in the Kingdom and in the new Jerusalem. The Kingdom of God/New Jerusalem will be on earth. It does not say we will go to heaven, but that Jesus, as promised, will return to earth. Keep in mind the part of the Lord’s Prayer, when Jesus said: “Your kingdom come. Your will be done, on earth as it is in heaven” (Matthew 6:10). And remember, Jesus also said: “Blessed are the meek, for they will inherit the earth” (Matthew 5:5).

Jesus is returning to earth where Christians will help him rule over the nations. The place being prepared is not an apartment in which to live, but a position or place within the government of the Kingdom of God. The position we will hold depends upon many things: how we have been faithful and served God, how we have overcome the evil we faced, how honorably we have lived our lives and treated others, and much, much more.

What about Near Death Experiences?

Considering ‘near death experiences’ (NDE), the Bible says nothing about this concept and only speaks about actual death. It mentions a metaphorical “sleep” of death5 until the resurrection, which is yet to come. “For as all die in Adam, so all will be made alive in Christ. But each in his own order: Christ the first fruits, then at his coming those who belong to Christ” (1 Corinthians 15:11). As it says, this will be after his return. There is no activity or life between death and resurrection: “The living know that they will die, but the dead know nothing; they have no more reward, and even the memory of them is lost,” (Ecclesiastes 9:5). 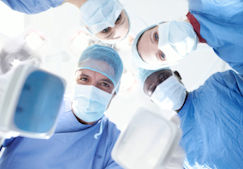 What is it that people experience in NDE? Some say they saw Jesus, or angels, or dead relatives to guide them on their journey, or some other heavenly event. Some say they heard heavenly music or voices of their families. But what do they really see and hear? I don’t know; it could be a lot of things, I guess. Maybe the experience is caused by the side effects of a body and mind preparing to shut down, or the scrambled voices of people near them, or music from a radio, or a deep memory from long ago. Maybe the person sees mental images of things they have been taught to expect, or, maybe it is the effect of drugs upon the body and mind. Maybe it is some combination of these things. 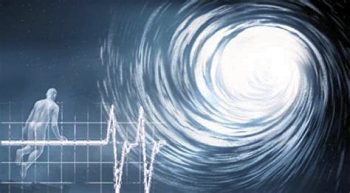 Just how much faith can you put into what a person says when their body and mind are so badly afflicted and distressed, that they are dying? Besides, ‘near death’ does not mean ‘actual death’. From my point-of-view, actual death is the last event in our existence here — one that everyone will experience. The biggest problem is that we know little about death, except by observation, for it is impossible to obtain statements of experiences from the victims who are actually dead.6

Even ancient Greek literature contains information of heros having NDE, but as pagans, would they have been experiencing going to heaven to live with God? From research in the literature, they believed it was to be a descent into the Underworld,7 not some heavenly realm above. Also, different cultures seem to have different experiences in NDE, as well as do different time periods in history. “The mechanism of judgement, the nature of the barrier, and the role or character of the guide are clearly shaped by sociocultural context. . . .”8

So, what is God’s actual promise?

One thing we can be sure about is that until Jesus’ new Kingdom arrives upon his return to this world, we will all die and our bodies will return to the dust of the earth, and our spirit will be returned to God for safe keeping. “The dust returns to the earth as it was, and the spirit returns to God who gave it,” (Ecclesiastes 12:7, ESV). 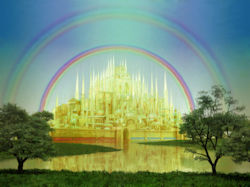 No human, however, goes to heaven, for the Bible tells us that no one has gone to heaven except Jesus. “No one has ascended into heaven except the one who descended from heaven, the Son of Man” (John 3:13). In the promised resurrection, our awakened spirit of life will be united with a new perfect body here on an earth under Jesus’ rulership. It is here that we will live.

The Bible teaches us that we will not travel up to heaven, but that heaven will come down to us. “And I saw the holy city, new Jerusalem, coming down out of heaven from God, prepared as a bride adorned for her husband. And I heard a loud voice from the throne saying, ‘Behold, the dwelling place of God is with man. He will dwell with them, and they will be his people, and God himself will be with them as their God. He will wipe away every tear from their eyes, and death shall be no more, neither shall there be mourning, nor crying, nor pain anymore, for the former things have passed away,’” (Revelation 21:2-4).

9 thoughts on “Do we go to Heaven when we die? Do people see Heaven during a Near Death Experience?”