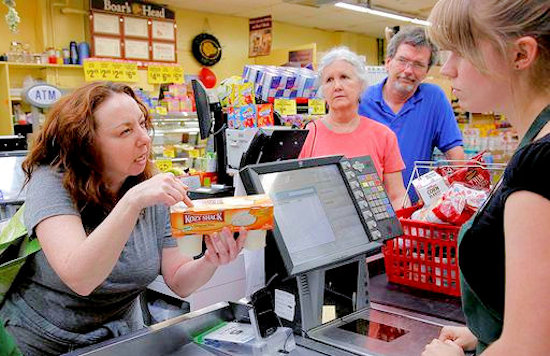 While in the check out line at a small discount store the other day, I watched as a customer complained about the person in front of her having a few too many items for the express lane. Her voice was loud and angry and she kept berating the offender and store employee over such an unrighteous act. This continued, not only while in line, but even after. She was whining to the cashier, the other customers, and apparently to herself, as she was walking away after she paid for her purchase.

All of us have had a similar experience and you may say that the loudmouthed woman did have a point, but wasn’t her outrage a bit excessive? It was just a couple of items over the limit. Besides, many times things happen for a reason. In this case, the offending customer with too many items was directed to that line by a supervisor, after another cashier fell ill and was taken off the register in the adjacent check out lane.

It would take the supervisor quite some time to get the ill employee to the back of the store and then juggle workers around to get another cashier up front. So, the whining person actually knew the situation. She took the event personally and only thought of the injustice she was receiving; she didn’t care about anything except herself and her own inconvenience. 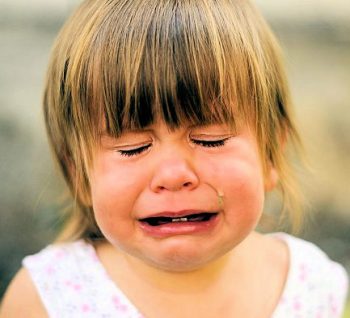 Could this event have been handled better? Perhaps, but several decisions were made in a very short period of time and I thought the supervisor handled it well. I’ve encountered many people like this obnoxious whiner throughout my life and I’m willing to bet that she had done a few unfair things to others in her own life, too. Is that profiling on my part? Yes, it is!

There are a lot of people whining in the world, today. Whining is like complaining, but with a continuous murmur, or a prolonged high-pitched cry — they just go on and on.1 Some people in work places whine all the time about this or that. Children, too, whine about all sorts of things they think are unfair. Spoiled college students are always whining about some supposed ill-treatment, injustice, or inequality. Racial groups whine about discrimination, brutality, or profiling. The list of generally believed unrighteousness, iniquity, and abuse is very long.

Now, don’t get me wrong, I know there is plenty of real injustice in the world, but all of it will not end until Jesus Christ makes his return and establishes an actual “new world order.” Until then, we must just carry on, as well as we can, and try to help the world operate smoothly. Some people do a great job at that, while others not so much. The biggest problems are the people who want everything and think the world is unfair in that they can’t have it. These people never take responsibility for their lives and everything bad that is happening is always someone else’s faults and they complain and whine about it.

Was complaining always a human trait? 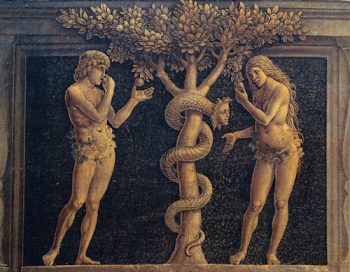 Complaining, grumbling, whining, and murmuring has been human traits since the world began, even in the Garden of Eden, when Adam became our first whiner. When God asked if Adam had eaten from the tree of which he commanded him not to eat, Adam replied, “The woman whom you gave to be with me, she gave me fruit from the tree, and I ate.” (Genesis 3:12)2 When God questioned Eve, she said, “The serpent tricked me, and I ate.” (Genesis 3:13) Basically, both said, “I took it, but it isn’t my fault; the other one made me do it.”

Look at what happened after Moses led the oppressed Israelites out of Egypt. They rebelled. “Then all the congregation raised a loud cry, and the people wept that night. And all the Israelites complained against Moses and . . . Why is the LORD bringing us into this land to fall by the sword? Our wives and our little ones will become booty; would it not be better for us to go back to Egypt?’” (Numbers 14:1-3)

They complained and whined about their situation instead of giving thanks to their gracious and loving God who rescued them. This was not an isolated incident, they grumbled and murmured throughout their entire adventure. Not willing to admit all was happening because of their own fault, they complained against God’s servant and, in so doing, they were speaking against God. They were saying, this isn’t our fault, you made us leave Egypt, so it’s your fault. This murmuring or whining in the wilderness called forth the displeasure of God, which was only averted by the earnest prayer of Moses (Numbers 11:33, 34; 12; 14:27, 30, 31; 16:3; 21:4–6; Psalms 106:25).3 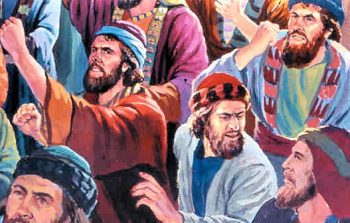 Pastor John Beehler, of Bethel Presbyterian Church, once gave a sermon in which he said, “You all know that God created the world in six days and rested on the seventh. Do you know what he did on the eighth day? He started answering complaints.” And Pastor Beehler was right. Concerning Moses and the Israelites, he continued, “God is patient but even his patience has limits. Saying goes: ‘the squeaky wheel gets the grease.’ But I’ll tell you what, sometimes the squeaky wheel gets replaced. They complained so much that most of them never got to enter the Promised Land.”4

There is plenty of complaining, murmuring, and whining in the New Testament, too. A few examples are the laborers in the vineyard whining about wages (Matthew 20:1-16), the scribes and Pharisees complaining about the disciples eating and drinking with sinners (Luke 5:30), and even within the new Christian movement, as did Martha about laboring in the kitchen while Mary sits and listens to Jesus (Luke 10:38-42).

For those readers interested, there are mainly three Hebrew and two Greek words that are translated into the English for “complain,” “grumble,” “murmur,” and “whine.” (See references and notes.)5

What do we do about it? 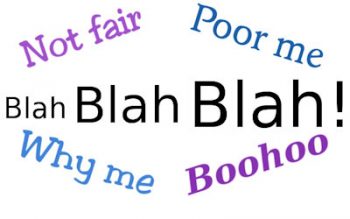 To summarize the general tone of all these examples throughout the Bible, we can conclude that discontent and selfishness are the main causes of complaining. These people are saying that they don’t like it one bit and want it their way, right now. If they don’t get what they want, they will complain, grumble, murmur, and whine. Although the Bible is full of examples demonstrating complaining, it is also full of advice to keep from doing so.

God hates one who sows discord (Proverbs. 6:19). Let us be content and happy and delight always in the Lord (Philippians 4:4). Let us be thankful for our blessings and be characterized by a spirit of gratitude (1 Timothy 2:1). Let us never be selfish. Let us always regard others better than ourselves and look out for their interests (Philippians 2:3-4). Let us follow the things which make for peace and let all things be done for enlightenment (Romans 14:19; 1 Corinthians 14:26).6 And finally:

“Put away from you all bitterness and wrath and anger and wrangling and slander, together with all malice, and be kind to one another, tenderhearted, forgiving one another, as God in Christ has forgiven you. Therefore be imitators of God, as beloved children, and live in love, as Christ loved us and gave himself up for us, a fragrant offering and sacrifice to God.” (Ephesians 4:31–5:2)

4 thoughts on “Complaining, Grumbling, Whining, Murmuring — What Does the Bible Say?”