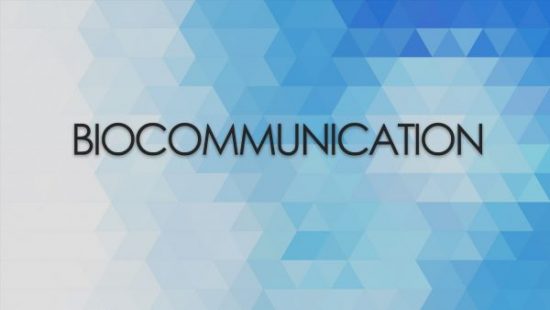 Most people believe science and religion don’t mix, but I’ve always believed that God set up this universe with specific physical laws to lay out the reality we live in, and part of our purpose is to learn these laws and use them to benefit humankind. Sometime back, I wrote a rather lengthy discourse about a few relatively unknown scientific advances in understanding God’s universe. A couple of people wrote to say that although well liked, it was a bit too much for them to comprehend all at one time. So I’ve taken the information from that long treatise and divided and revised it into shorter articles; I call these smaller articles “Science Reveals God’s Majesty” and this is the first article of that series.

In 1966, polygraph expert Cleve Backster was watering plants in his New York laboratory when he wondered if his equipment could measure the rate at which water rose from the roots to the leaves. Attaching electrodes on a root and a leaf, he measured the electrical resistance, but he didn’t get the response he expected, so he wondered if injuring the plant would give any kind of response. 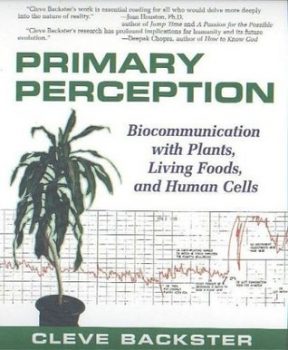 He decided to burn one of the leaves and visualized how he would go about doing that. In his book, Primary Perception: Biocommunication with Plants, Living Foods, and Human Cells, he states, “the very moment the imagery of burning that leaf entered my mind, the polygraph recording pen moved rapidly to the top of the chart! No words were spoken, no touching the plant, no lighting of matches, just my clear intention to burn the leaf. The plant recording showed dramatic excitation. To me this was a powerful, high-quality observation.”1

Backster later conducted extensive research relating to the observed electrical responses in various live plants and at the cellular level in other living organisms. His research in biocommunication produced amazing responses that came to be known as the “Backster Effect.”

Experiments with living eggs indicated that eggs that were left grouped together for an extended period of time had some kind of relationship with each other – like those packaged in the same egg carton. Using elaborate apparatus, he had a fresh egg randomly dropped into boiling water and his instruments indicated that the other eggs would produce a signal as soon as the chosen egg hit the water. This experiment was repeated many times with the same result. Moving forward, he arranged that eggs would be dropped into the water at varying short intervals, but this time, even after repeated experiments, the reaction only occurred after the very first egg dropped, and nothing after the remaining eggs hit the boiling water. He wrote, “I did learn something from those initial attempts, including the possibility that the eggs were in some manner communicating with each other.”2

Based on this insight, Backster said he needed to reevaluate his own earlier rejection of prayer and meditation as mere speculation, because that rejection was based on a lack of scientific evidence. “This reevaluation,” he said, was “reinforced by current concepts within quantum physics, such as non-locality, [having] resulted in significant escalation of my own spiritual awareness.”3 He indicated that those later eggs, after receiving communication of the first egg’s demise, appeared to have gone insensitive, a situation similar to fainting. Isn’t it interesting that a scientist would come to believe in prayer because of scientific research!

“In Eastern philosophies, there are frequent references to a ‘oneness,’ involving a capability to communicate, on a need to communicate basis, among most all living things. Some suggest this to be the origin of the blessing, practiced by man, in effect giving notice before ingesting food on the table,” he wrote.4 Doesn’t this give insight to a possible additional reason why God expects us to bless the food we eat – to prepare it beforehand for being consumed? This research should move us to understand that “everything created by God is good, and nothing is to be rejected, provided it is received with thanksgiving; for it is sanctified by God’s word and by prayer.” (1 Timothy 4:4–5)5

Several decades later, Russian physicist Konstantin Korotkov expanded on those experiments. He verified Backster’s studies with a state-of-the-art optical and digital equipment mechanism he invented called a Gas Discharge Visualization apparatus (GDV).6 “He hooked up a potted plant to his GDV and asked his researchers to think of different emotions – anger, sadness, joy – and then positive and negative intentions toward the plant. Whenever a participant mentally threatened the plant, its energy field diminished. The opposite occurred if people approached the plant with water or feelings of love.”7

It is amazing that just the thought of doing something can affect the object of that thought. Does this mean that a sinful thought can be transmitted and then received by someone else, maybe subconsciously? If so, this gives special insight to Jesus’s statement: “You have heard that it was said, ‘You shall not commit adultery.’ But I say to you that everyone who looks at a woman with lust has already committed adultery with her in his heart.” (Matthew 5:27–28)

This makes the tenth commandment especially intriguing, considering the new research. It basically prohibits desires, or covetous feelings toward persons or things belonging to others. “The genius of the commandment lies in its therapeutic nature.”8 We must realize all evil lies within ourselves – in our desires. Jesus said, “It is what comes from inside that defiles you. For from within, out of a person’s heart, come evil thoughts, sexual immorality, theft, murder, adultery, greed, wickedness, deceit, lustful desires, envy, slander, pride, and foolishness. All these vile things come from within; they are what defile you.” (Mark 7:20-23, NLT)