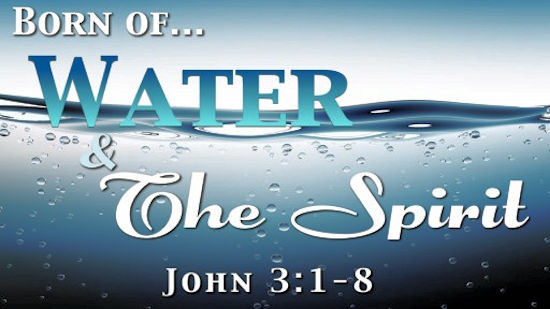 Nicodemus, a Pharisee and prominent member of the Sanhedrin, came one night to visit Jesus and discuss his new religious doctrine. Now, a Pharisee was a member of a Jewish sect noted for strict observance of the rites and ceremonies of the written law — that of the law of Moses as well as Jewish oral traditions concerning the law.1

The Sanhedrin, headed by a High Priest, was the supreme council and tribunal of the Jews and had religious, civil, and criminal jurisdiction.2 This ruling council of 70 members was responsible for all religious decisions, but still needed Roman guidance for serious civil and criminal rule.3

Coming at night may have been for any number of reasons; it may have been when he was finished his duties or because it was the only time Jesus may have rested from his own duties. Many commentators suggest he didn’t want to be seen with Jesus and be mistaken as one of his followers, for it would tarnish his reputation and position. The most convincing reason to me, would be that it was the best time for both parties to relax and chat after the workday. 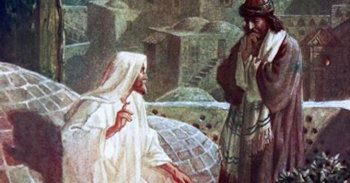 Nicodemus was an elderly man of some wealth4 that lived in Jerusalem and was a well-known figure of Jewish society at the time. Because of his title (archōn),5 a few academics suppose he was a ruler of a synagogue,6 and many believe he was the same Talmudical Nicodemus ben Gorion,7 discussed in Flavius Josephus’ Antiquities of the Jews and later rabbinic writings. There is an apocryphal work, the Gospel of Nicodemus, which was produced in the 4th century and is mostly a revision of the earlier Acts of Pilate.8

It is suggested, either now or later, that you read John, chapter 3, verses 1-21 for the whole story of the dialogue between Jesus and Nicodemus. It will only take a minute or two and this study will be of more benefit if you do.

Anyway, Nicodemus says to Jesus, “Rabbi, we know that you are a teacher come from God, for no one can do these signs that you do unless God is with him.” And Jesus replies, “Truly, truly, I say to you, unless one is born again he cannot see the kingdom of God” (John 3:2-3, ESV).9

How can one be born again?

The Pharisee seemed to be confused and did not understand Jesus’ statement, so he asked how can one be born again? Now, Nicodemus knew the intention or idea of a new birth, such as those of Gentile converts to the Jewish religion, but that Jews themselves should need a new birth was to him incomprehensible.10 This phraseology was not new to Nicodemus, but he didn’t realize that he must submit to a revolution in Jesus’ messianic ideas as a condition of instruction.11

The Greek word for spirit and wind is the same,12 so, the Spirit of God, of course, is represented by the blowing wind. This twofold explanation of a ‘new birth’ is startling to Nicodemus. “Indeed, [the] element of water and operation of the Spirit are brought together in a glorious evangelical prediction of Ezekiel,”13 something of which Nicodemus should have recalled. 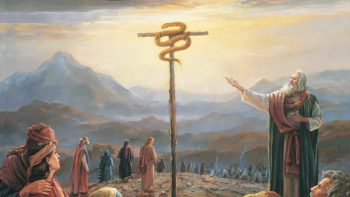 Nicodemus throws another question at Jesus, “How can these things be?” It is at this point that the narrative is reduced to a minimum and what proceeds is not a conversation, but a dialogue of the church (Christian view) and the synagogue (Jewish view).14

Bluntly, Jesus answers, “Are you the teacher of Israel and yet you do not understand these things? Truly, truly, I say to you, we speak of what we know, and bear witness to what we have seen, but you do not receive our testimony. If I have told you earthly things and you do not believe, how can you believe if I tell you heavenly things? No one has ascended into heaven except he who descended from heaven, the Son of Man. And as Moses lifted up the serpent in the wilderness, so must the Son of Man be lifted up, that whoever believes in him may have eternal life” (John 3:10-15).

Water, already a symbol in the baptism of Jewish expectants into the Christian church, was soon to become the door of entrance into the Kingdom of God by way of the Holy Spirit. “The perfect knowledge of God is not obtained by any man’s going up from earth to heaven to receive it—no man hath so ascended—but he whose proper habitation, in his essential and eternal nature, is heaven, hath, by taking human flesh, descended as the Son of man to disclose the Father, whom he knows by immediate gaze. . . .”15

Moses lifted up the serpent. 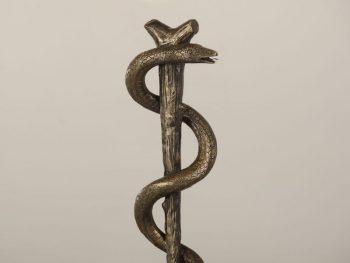 Now, let’s back up a moment and figure out this “snake on a pole” thing: “Moses lifted up the serpent in the wilderness.” This is an Old Testament reference to when the people of Israel became sinful (again) and impatient, as they were being led by Moses, and God sent ‘fiery serpents’ which bit the people and caused many to die.

When the Israelites complained about being punished for their lack of faith, they asked Moses to intercede for them and get the snake problem fixed (Numbers 21:4-9). Moses prayed and was told by the LORD, “‘Make a poisonous serpent, and set it on a pole; and everyone who is bitten shall look at it and live.’ So Moses made a serpent of bronze, and put it upon a pole; and whenever a serpent bit someone, that person would look at the serpent of bronze and live” (Numbers 21:8-9).16 This was a large bronze object which was still standing a thousand years later (for more information about later history of this pole, see References & Notes at the end of this article).17

Okay! But why a serpent on a pole? What is the logic behind gazing at a serpent to heal someone? “In part, the answer to ‘why a serpent’ is found in the ancient practice of sympathetic magic — the idea that a person afflicted by an object can be cured or delivered by an image of that same object. In the absence of sophisticated medical knowledge, ancient cultures sought cures for physical ailments or perceived curses by such means. We can find several examples of this ancient medical approach in other places in the Old Testament” (see: 1 Samuel 6:5–18; Exodus 15:25; 2 Kings 2:21).18 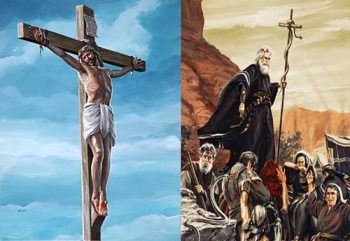 Furthermore, the Israelites, because of their sinful Pagan ways, were familiar with sympathetic magic and believed that a symbol must be in the likeness of that which was destroying them (for more information about this magic, see References & Notes at the end of this article).19 In the ancient world, we can imagine someone “who declines to look because he has tried every remedy that science can provide, and who says, ‘How can I be saved by looking at a mere bit of brass?’ and dies because he is too proud to be saved in God’s way.”20 And in today’s world, we have people looking upon Jesus dying on the cross in the same way — Jesus can heal and save lives, if you have the faith; reject that and you will die.

Christian scholar Edwin Blum said this, “The thought of elevation to heaven leads to the thought of Jesus being lifted up. Moses raised a bronze snake on a pole as a cure for a punishment due to disobedience. So Jesus would be lifted up on a cross for people’s sin, so that a look of faith gives eternal life to those doomed to die.”21 Someone once told me, “You know, some people think putting their faith upon a snake on a pole was foolishness.” My answer was, “Yes, I know, and today many people think putting their faith on a man on a cross is foolishness, too. The choice is theirs to make.”

The Most Quoted Verse in the Bible.

There is some debate, among scholars, as to if Jesus or Paul spoke the words in verses 16 through 21, but either way it is still God’s word. In summary, “God’s love is not limited to a few or to one group of people but his gift is for the whole world. God’s love was expressed in the giving of his most priceless gift — his unique Son.”22 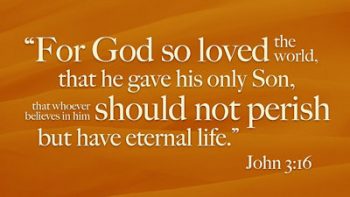 Of those verses, John 3:16 is the most beloved, quoted, and memorized verse of the Bible. “For God so loved the world, that he gave his only Son, that whoever believes in him should not perish but have eternal life.” This one verse explains the Gospel clearly and simply. From here, the scripture goes on to explain that there are only two choices — some will choose eternal life and others will choose eternal death.23

In these last verses of the Jesus-Nicodemus discourse, “we learn how this gift of spiritual birth offered to Nicodemus might be appropriated. Belief in the Son gains eternal life (verses 15, 16, 18). Disbelief gains judgment and condemnation (verses 18, 19). This sums up the world view characteristic of John’s Gospel: one is either attracted to or repulsed by the light24 (verses 19–21); one either pursues truth or evil. There is no equivocation here. Yet the coming of the Son was not inspired by a desire to condemn — it stemmed from love (verse 16). But judgment was an inevitable result. Light brings exposure (verse 20): it reveals who we really are.”25

This study is a fine example of why it is important to study the Old Testament along with the New Testament. The Greek scriptures are dependent upon the Hebrew scriptures, so Church organizations that primarily preach only the New Testament are not giving you the full knowledge of God. They should teach the whole Bible, not just the smaller part. Remember that Jesus did not come to do away with anything. “Do not think that I have come to abolish the Law or the Prophets; I have not come to abolish them but to fulfill them. For truly, I say to you, until heaven and earth pass away, not an iota, not a dot, will pass from the Law until all is accomplished” (Matthew 5:17-18).