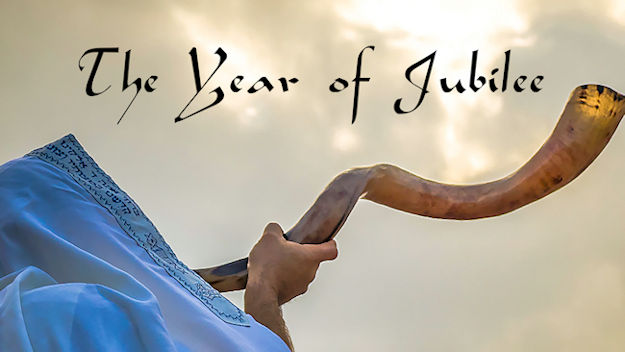 The anniversary word ‘jubilee’ has become newsworthy again, since the recent death (8 September 2022) of Queen Elizabeth II of the United Kingdom. I was only eight years old when she became Queen of the Commonwealth realms, in 1952. She had reached her 50th anniversary of accession to leadership in 2002, a milestone which was celebrated with a great fanfare and called her Golden Jubilee; few modern rulers reach fifty years in power.

In 2012 the Queen achieved her Diamond Jubilee, and at death, she had actually completed a full seventy years of sovereign power and celebrated the Platinum Jubilee this past June. British Royal Jubilees come after certain completed years of reign1 and are meaningful in many countries: United Kingdom, Canada, Australia, New Zealand — most of the fifty-six states of the Commonwealth of Nations.2

Some people wonder if this ‘jubilee’ is in anyway related to the biblical jubilee. The answer to that deserves a ‘yes’ and a ‘no’. Although the concept of the jubilee began in biblical times, today the term is most closely associated with the Royal Family, and the associated ceremony and spectacle mostly symbolizes events related to them, not to God.3

The Roman Catholic Church also celebrates jubilees after various periods of time, depending upon need, many of which were for political reasons. But the real demand of God, as found in the 25th chapter of the Book of Leviticus, was for restitution, not to manipulate the public or ‘toot one’s own horn’.

Today, the Roman Catholic Church spins the idea back to the ancient religious jubilee by indicating “Jesus presents himself as the one who brings the Old Testament jubilee to completion, because he came to preach the year of the Lord’s favor, as prophesied in Isaiah 61.”4 You decide, by considering the following scripture. 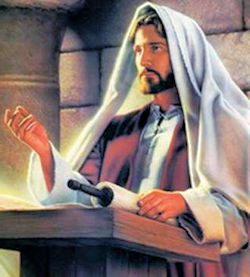 “The spirit of the Lord God is upon me, because the Lord has anointed me; he has sent me to bring good news to the oppressed, to bind up the brokenhearted, to proclaim liberty to the captives, and release to the prisoners.”

“To proclaim the year of the Lord’s favor, and the day of vengeance of our God; to comfort all who mourn; to provide for those who mourn in Zion — to give them a garland instead of ashes, the oil of gladness instead of mourning, the mantle of praise instead of a faint spirit,” (Isaiah 61:1-3, NRSV).5

It should be noted that most commentators do believe Jesus took this passage as referring to himself, because he had the credentials to be “anointed,”6 and from the declaration that “the year of the Lord’s favor” had finally arrived7 (see Luke 4:16-21).

So, the facts are that there were jubilee celebrations in Old Testament times, and Jesus made reference to his symbolic place in its conclusion in the New Testament. But there is really very little resemblance to any Royal Jubilee of the British Empire, other than appropriating the word ‘jubilee’.

The Jubilee Year in the Old Testament

In the Bible, there is required a day of rest, or Sabbath Day, in every calendar week. This regulation was applicable not only to people, but also to animals. Although officially legislated to Moses at Mount Sinai, it was first mentioned in the Genesis seven-day creation story. “So God blessed the seventh day and hallowed it, because on it God rested from all the work that he had done in creation,” (Genesis 2:3).

In addition to the weekly Sabbath, God demanded a Sabbath Year (Leviticus 25:1-7) to give the land a rest. For six years Israel could plow, plant, and harvest, but on the seventh year, there was to be a year of rest for the land. The people (and animals) could eat from what the land naturally produced, but it could not be worked and cultivated; it must be left only to its natural growth.

Besides those Sabbaths, God commanded a Jubilee Year. This special year was to occur after seven Sabbath Year cycles (7 x 7), or 49 years; it was to be a 50th year set aside as the Year of Jubilee (Leviticus 25:8-55). The word ‘jubilee’ is derived from the Hebrew word jobel, which means a ram’s horn, for it was that trumpet sound that announced the beginning of the Jubilee Year.8

This regulation had a special impact on the ownership and management of land in all of Israel. This was a year of restitution and celebration; debts would be forgiven, homes and land used as collateral for loans would be returned, slaves would be given their freedom, and even prisoners would be freed. 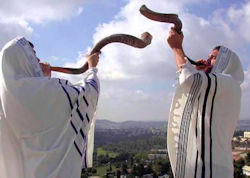 “In that culture, the only real things of value the people had were their homes, their land, and themselves. And if they lost those, then they had nothing; worse yet, no prospects of ever getting out of poverty. The Year of Jubilee served to ensure that those who, for some reason, became poor and had to sell what they had were not forced to remain in that state forever. Eventually, they, or their descendants, would once again regain possession of their valued property.”9

As far as the forgiveness of debts was concerned, this is how the process worked. When obtaining a loan, you would receive only the value based upon the length of time until the next Year of Jubilee. The further away the Year of Jubilee, the more you would receive. “Today, we might think of this as leasing. The land was never to be permanently sold. Essentially the land was being leased to someone else for a fixed number of years. What you were actually selling them was the number of crops that could be harvested during that time — or selling your own services for a fixed number of years.”10

“So the Year of Jubilee, if observed properly, would ensure that the poor did not continue to get poorer without any recourse; at the same time, it prevented the wealth of the nation from residing in just a few hands.”11 This release of indebtedness and bondage presents a beautiful picture of New Testament themes of redemption and forgiveness, when we have the debt of our sins forgiven by Christ.12

When is the next Jubilee Year?

The rules of the Jubilee were typical of redemption by Christ from the slavery of sin and Satan, and of being restored again by liberty to the children of God.13 But because of wars, capture, political involvements, and other complex reasons over the millennium, the Jubilee has stopped being observed. The tribes are now dispersed and not congregated in the lands given to them by God’s declaration.14

However, because scripture explains the Jewish Jubilee Year was counted from the time the Israelites were given the instructions at Mount Sinai, one should be able to calculate the next Jubilee Year by dividing by seven the current Hebrew year of 5782, which began in September of 2021. So, “year 49 is the Sabbath and the Jubilee year is believed to be the first of the next seven years! This makes 2022 the 117th Jubilee Year since its inception.” That is a very simplistic answer and many others have (or had) differing opinions.15 And one argument given is that some critics believe the accurate count of Hebrew years has been corrupted over time. Still, many believe the coming Jubilee, suggested by Jesus, will arrive in a Jubilee Year counted accurately from the beginning of its inception.

“A few years ago, a modern author, Jonathan Cahn, had implied that 2020 may be a Jubilee year, considering the world’s political situations and the fact that it would also mark the 400th anniversary of America’s founding and dedication to God, with the sailing of the Mayflower.”16

“Before him, in 1897, the founder of Zionism, Theodore Herzl, penned a prophecy indicating 1947 may be the day. While the United Nations’ plan to restore Israel as a political nation was dated that year, it failed to prove it was a legitimate Jubilee year.”17 With the global turmoil and social decay at hand, the world certainly needs a Jubilee Year of restitution.

Related to this article, the music selection is performed by Dr. Ron Kenoly, a contemporary American Christian singer and songwriter, as well as a worship leader.18 He performs “Jubilee” recorded live. Selected lyrics are below and the music video link is listed in References & Notes.19

This is the season of Jubilee,
Singing and dancing for you and me.
Everything that was stolen shall be returned to me,
Mother, father, sister, brother, they will all go free.
Everybody praise the Lord,
Sing and shout and praise the Lord.