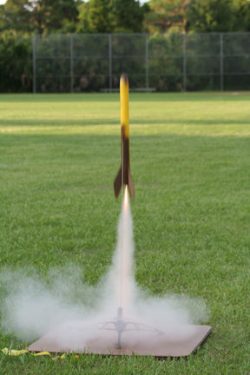 I don’t know when it happened but I’m comfortable with it; it probably slowly developed over many years. The “it” I’m writing about is the fact that God and the bible are always on my mind. Everything I do, or say, or see invariably leads to thinking about God, or the bible, or both. Habit? Maybe, because I can’t seem to stop. The more I learn about this world, the more I see God’s divine plan being revealed, and the more it is revealed, the more I see the genius behind his creation, and I thank him for that. Looking back, I often wonder how I got to this point. I feel like I’m being guided, in some way, because my own decisions couldn’t have gotten me here.

I’ve come a long way; I used to be at the opposite end of the religious scale when I was young. My parents were Christians, sort of, because they believed in God, but only went to church occasionally, as social events took preference to religious ones. By the time I was in high school, I was convinced that I was an atheist. I thought science was a better way to gauge mankind’s progress and would lead to a better world, and it was my goal to become a scientist.

In the late 1950s, when I entered high school, I was more interested in science and doing laboratory experiments than I was in attending sock hops and sporting events. I was a strange kid, I guess. In 1957 the former Soviet Union placed the world’s first artificial satellite into an earth orbit. The effect was that it started the cold war space race, and a few years later, the Soviet Union was first again, by having a Russian make the first manned orbital flight. This was the time period during which my young teenage mind turned toward chemistry, physics, and rocket science.

A friend and I had the same interests, so it was inevitable that we would try to make our own model rocket. No kits were available, at that time, for young people to use for building and learning, like the popular model airplane kits; we had to design and build not only the craft, but the rocket engines, too. To get the right solid fuel engine for our craft, we spent a lot of time experimenting, or as the big-time guys called it, doing research and development. Our usual method for testing fuel mixtures was to utilize a threaded iron pipe packed with homemade gunpowder and some rather exotic chemicals. It was a different time back then, when anyone could purchase volatile chemical ingredients, sometimes even at the corner drug store and some government organizations openly encouraged youthful rocket experimentation. We would use plumbing end-caps drilled with varying sized holes and shapes as nozzles. We figured out how to measure thrust and how to support and test the rocket engines safely at a distance. Well, at least we thought we knew. 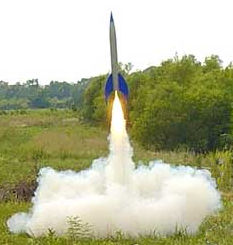 There were some small explosions and, although my poor mother had faith in my safe methods, she probably spent a lot of time inside the house praying while we were in the garage fiddling with chemicals she never even heard of. I don’t think she ever learned that the tin roof of our garage leaked, because I blew a hole in it when our engine support wasn’t strong enough to hold the amount of thrust we developed. We used the garage, because it helped keep the noise muffled, being in an enclosed area.

One time, when my father was using the garage and yard for an extended project, we decided to work at my friends home. There was no garage there, so we set up our engine test in his back yard. Running our electrical ignitor about 50 feet away, and hiding behind a plastic screen, we did our count down and flipped the switch for our largest engine test to date, and — nothing! We scratched our heads and waited about a half a minute, still nothing. My friend said it must be a loose connection, because we didn’t see any evidence that the ignition worked. “I’ll go see,” my friend said. “Maybe we ought to wait a couple of minutes,” I replied. “I’ll be careful,” he said, and off he went.

He approached the setup very slowly and when about halfway there – BOOM! It was the loudest explosion we had ever had. My friend was knocked flat on the ground. I though he was dead. Running over to him, he opened his eyes, but looked dazed. He quickly came around and said he wasn’t injured, only stunned by the blast. We heard people yelling out on the street and ran out there to discover that all the neighbors, including those blocks away, also heard the explosion, but didn’t know from where it came. The two of us played dumb and looked up and down the street like everyone else. When the fire department and police arrived, the neighbors were all in disagreement about which direction the explosion came from, so they didn’t know where to investigate. Luck was with us and we didn’t get in any trouble.

Although nearly 60 years ago, I can still visualize the whole dramatic event in detail. After that, we continued working on our mission and we finally got a rocket off the ground and several hundred feet into the air. When the parachute popped out and gently brought our rocket down we were patting ourselves on the back for having done this all by ourselves.

Now, when I look back, I feel that getting that rocket in the air may have been our work, but keeping us safe during the process had to be by divine intervention. It wasn’t just for this event, but later and different ones, too. There were many events, decisions, and turning points in my life that have led me to where I am today, but I don’t think I’m that smart to have made it through them, or survived them, all by myself, so I thank God for getting me here.

While I no longer build and launch model rockets, I am still deeply interested in science and that has provided many religious benefits. I’ve learned that science and religion are, indeed, compatible, because learning through scientific research gives a new perspective into how God structured this universe. Over time, science and new discoveries have drawn me closer to our creator than I ever could have done without them. I’ve always thought that something is called a miracle only because it can’t be explained, but today it is easier to believe some events in the Bible than it was just a hundred years ago, because science informs us of some of the secrets behind God’s miracles.

4 thoughts on “God and My Rocket”