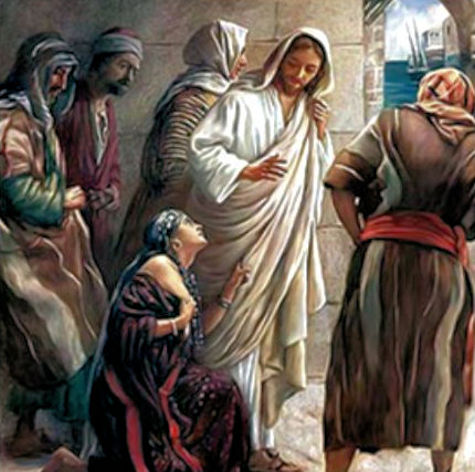 In a restaurant a few days ago, I overheard a small group of people discussing the account in the Gospels, when Jesus confronted a Canaanite woman. What really caught my attention though, was when one person said, “I don’t think Jesus should have made such a mean racist comment to someone asking him for help.”

What I found even more interesting was that someone was actually accusing Jesus of an inappropriate response without any investigation of the reasons behind it. Wasn’t that an infraction of Jesus’ own advice? “Do not judge, so that you may not be judged” (Matthew 7:1).1 So, this short study is about the discussion Jesus had with the woman asking for his help.

This is the story outline. Jesus leaves Israel and heads north toward the border of Tyre and Sidon, two great Phoenician seaports. As he enters that pagan territory, he was hoping not to be recognized, only because he needed a place to rest for a while before continuing his work. Upon entering a house, Jesus was recognized by a Gentile woman who approached shouting for help. This Syrophoenician2 woman had a demon-possessed daughter and she begged Jesus to cast out this unclean spirit. We don’t know much about the child; she wasn’t even present, but at home in bed. It may have been a demon or it may have been some mental health problem or maybe a neurological disease causing seizures. It was not the child’s problem that is important here, but the way the situation was handled by Jesus and what future meaning was inferred by his actions.

The biblical account of this story is in both the Gospel of Matthew and the Gospel of Mark, but there are some detail variations, so our study will pertain to both of the accounts below. 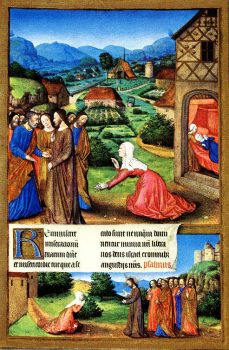 Jesus left that place and went away to the district of Tyre and Sidon. Just then a Canaanite woman from that region came out and started shouting, “Have mercy on me, Lord, Son of David; my daughter is tormented by a demon.” But he did not answer her at all. And his disciples came and urged him, saying, “Send her away, for she keeps shouting after us.” He answered, “I was sent only to the lost sheep of the house of Israel.” But she came and knelt before him, saying, “Lord, help me.” He answered, “It is not fair to take the children’s food and throw it to the dogs.” She said, “Yes, Lord, yet even the dogs eat the crumbs that fall from their masters’ table.” Then Jesus answered her, “Woman, great is your faith! Let it be done for you as you wish.” And her daughter was healed instantly.

From there he set out and went away to the region of Tyre. He entered a house and did not want anyone to know he was there. Yet he could not escape notice, but a woman whose little daughter had an unclean spirit immediately heard about him, and she came and bowed down at his feet. Now the woman was a Gentile, of Syrophoenician origin. She begged him to cast the demon out of her daughter. He said to her, “Let the children be fed first, for it is not fair to take the children’s food and throw it to the dogs.” But she answered him, “Sir, even the dogs under the table eat the children’s crumbs.” Then he said to her, “For saying that, you may go—the demon has left your daughter.” So she went home, found the child lying on the bed, and the demon gone.

Notice that Jesus did not answer her immediately and when he did, he refused her request by saying “I was sent only to the lost sheep of the house of Israel.” But she came and knelt before him, and begged again, “Lord, help me.” His response was, “It is not fair to take the children’s food and throw it to the dogs.” Basically, Jesus explained that his ministry is only for the Israelites. As scholar Andrew Knowles states, “He teases her with a racial taunt, that the Israelites are God’s children and the Gentiles mere dogs.”3

Now, one may think that the answer given to the woman was definitely not one of grace. It might seem that stern words were spoken, and that his kindness was only for the Jews. So, was it true that Jesus felt his kindness and miracles were only for Jews (God’s children) who, especially their leaders, had no gratitude, and not for the dogs (Gentiles), many of whom did appreciate him?4

It’s not what you think. 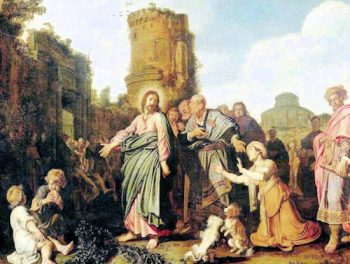 It must be noted that the term “dogs” used in this conversation is not the normal larger, wild, vile, scavenger animals living as strays outside the home and thought of as next to worthless. The Greek word used here is a derivative which means “puppy” or small pet dog that lives with the occupants inside the house (see note),5 so the comparison Jesus used as an example was blunt, but was not as displeasing as many people first view it.

Although this woman was not a Jew, she was knowledgeable and had great hope in Jesus. “She acknowledges Jesus’ messianic status and his ability to cure her daughter. Faith is further evident in her persistence. Nothing dissuades her, neither her knowledge that Jesus is the Jewish Messiah, nor his initial silence, nor the disciples’ efforts to get rid of her, nor Jesus’ statement of purpose.”6

Even though it first appears that he treated this woman with unjust cruelness, Jesus was using this opportunity to test her faith. Jesus’ recorded life proves that he was not a cruel, nasty person, so why would he be so in this situation. I surmise he respected this bold woman who didn’t flinch in the encounter.

Some commentators imply Jesus was merely mocking religious leaders with satirical mimicry. Biblical professor and writer Royce Gruenler, said, “. . . the woman responds with wit and tenacity to Jesus’ ironic parody of Jewish exclusivism”7 and biblical scholar, Frederick Bruce, in one of his books, says the following about Jesus’ message to the woman:

“. . . what if there was a twinkle in his eye as he spoke, as much as to say, ‘You know what we Jews are supposed to think of you Gentiles: do you think it is right for you to come and ask for a share in the healing which I have come to impart to Jews?’ The written record can preserve the spoken words; it cannot convey the tone of voice in which they were said. Maybe the tone of voice encouraged the woman to persevere.”8 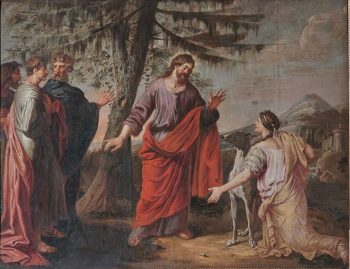 And persevere she did. The woman was smart and quick and realizes her position. She did not feel insulted; she neatly turned what Jesus said to her advantage.9 Seeing herself not as a child in the family (of Israel) and eligible for the choicest morsels, she imagined herself as a household dog (a Gentile) eligible to receive crumbs that might fall under the master’s table as the children (of God) ate. She had the faith that just one crumb of power and grace could cast the devil out of her daughter. She only asked that this small blessing be extended to her in this time of need, nothing more. “This Gentile woman’s faith contrasted with Israel’s leaders who were rejecting Jesus.” Because of such great faith — the kind he was looking for in Israel — he granted her request without even going to see the child.10 “Woman, great is your faith! Let it be done for you as you wish.” And her daughter was healed instantly” (Matthew 15:28).

In healing the daughter, Jesus demonstrates the compassion shown to all and reveals himself as a savior for the Gentiles, too. Jesus found great faith in this daughter of an accursed race and established that the hunger of the Gentile is not forbidden. This was a preview of the spirit to be demonstrated in the Acts of the Apostles.11

There are things we learned here that we can use in our own lives. Have faith. If you sincerely need God’s help, ask for it — even if you do not attend a regular church or feel you are not deserving of his grace. If you get only silence, then ask again. If you don’t get the answer that you need, persist. It is worth waiting for an answer to your prayers; God may be testing your faith.

5 thoughts on “Did Jesus really call that Canaanite woman a dog?”