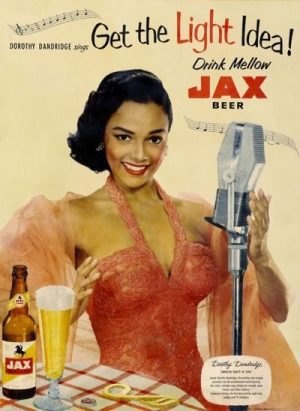 When people ask me how old I am, my first response is to say I was born in the FIRST half of the LAST century. I have, therefore, been around for a long time and I’ve seen a lot of change. Being born in New Orleans during World War II and growing up in the 1940s and 50s, I remember things like home telephones before a rotary dial was attached to them, big black and white television sets with small circular screens the size of a grapefruit, and wide-scale southern racial segregation. I also remember home life was usually much simpler. Dad worked to earn the money for the family and mom stayed home to raise the kids and keep the house organized and running smoothly.

There were two large industrial plants in the city, at that time, which brewed beer for national distribution, and one of them was Jackson Brewing Company (Jax Beer),1 which became the 10th largest United States brewing company in the 1950s. I remember their ads on television sponsoring major national sporting events and I can still remember their musical jingle, “Hello mellow Jax, little darling, you’re the beer for me.”

Anyway, Jax was one of the two most popular beers in New Orleans and it was not an uncommon event, at that time, for a dad returning home from work to have his son or daughter run down to the neighborhood bar and fetch him a Jax. I joke with people that the only prerequisite for buying a beer in New Orleans, in my youth, was being tall enough to put your money up on the bar counter. 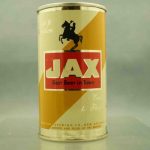 When in my early thirties, Jax beer was in the process of closing down and going out of business. My best friend, Richard, and I never drank Jax, but were in a bar talking about how Jax wouldn’t be around much longer and he said to me, “Hey, just for the heck of it, let’s get a Jax while we still can.” I replied, “Great idea! It’s something we can tell our kids about, one day.” We got a couple of bottles, toasted each other, and took a sip. After about half a minute, we turned to each other and my friend said, “Man, this is awful! No wonder they’re going out of business.”

Tastes change over time, I guess, and the younger generation took to the new “light” beers and the exotic tastes of the fashionable imports – that and the fact the brewing company had some financial problems – caused its demise.

Beer in the Bible

Did you know that beer is mentioned in the Bible? It is, at least in the New International Version. King Lemuel (most probably King Solomon), one of the authors of the book of Proverbs, had this to say: “It is not for kings to drink wine, not for rulers to crave beer,

lest they drink and forget what has been decreed, and deprive all the oppressed of their rights. Let beer be for those who are perishing, wine for those who are in anguish! Let them drink and forget their poverty and remember their misery no more” (Proverbs 31:4-7, NIV). You can win a bar bet on this little known beer fact, as long as you stick to using the New International Version of the Bible.2

The word translated as beer, in the above scripture quote, is the Hebrew “shekar.” In Judges there is another bible passage, but translates this same word as “fermented.” Before her pregnancy, an angel visited Samson’s mother and said, “You are barren and childless, but you are going to become pregnant and give birth to a son. Now see to it that you drink no wine or other fermented drink and that you do not eat anything unclean” (Judges 13:3-4, NIV). Of course, Samson would go on to judge the Philistines and deliver Israel from its oppression.3 Most bible versions simply translate this word as “strong drink.”

The word “shekar” appears about 20 times in the bible and the recipe for this beer came from Babylon. Documents written on clay tablets, in a cuneiform script, indicate how the Babylonians produced the alcoholic beverage called “shikaru” (same word, different 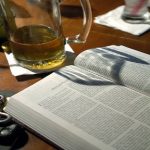 language). They made a mash from grain and allowed it to ferment.4 There are still a few scholars who want to dispute this information.

Although the examples given are encouraging one not to drink alcohol, that isn’t the bible’s main idea. Notice that it is an indication that someone pregnant, or in a working environment, should abstain from drinking. But the bible also tells us it is okay to drink alcohol at times, too. “So go ahead. Eat your food with joy, and drink your wine with a happy heart, for God approves of this! Wear fine clothes, with a splash of cologne” (Ecclesiastes 9:7-8, NLT). God’s attitude is that “party time” is okay, but there is a time and place for it. And like most things, some is good, too much is bad.

1. “Jackson Brewing Company,” (Wikipedia, Wikimedia Foundation, Inc., 3 August 2017), https://en.wikipedia.org/wiki/Jackson_Brewing_Company Also see: https://library.duke.edu/digitalcollections/oaaaarchives_BBB4720/
Author’s note: Just for information, President Andrew Jackson (died, 1845, before the American Civil War) is now thought of as an Indian hater and slave owner, but he actually adopted a Creek Indian as his son and also gave his two slaves his own last name of Jackson and treated them as part of his family, a bit progressive for the time,
(https://www.answers.com/Q/What_were_Andrew_Jackson%27s_views_on_slavery), and blacks did not, in the 1940s, 50s, and 60s have any issue with JAX beer or the image of Jackson’s statue on the label, (VIDEO: https://www.youtube.com/watch?v=Z-VH0siDMjI).

6 thoughts on “Beer and the Bible”